Clyde & Co has recently secured a complete dismissal of a credit hire case resulting in savings of over £12,000.00 for our insurer client.

Following on from this decision, any future or existing cases involving credit hire companies where the contracts are drafted or prepared in a similar fashion should be capable of repudiation in full on the basis of lack of incorporation and uncertainty of terms.

We were instructed to act in respect of a credit hire claim our insurer client received following an RTA. Liability had been admitted and the only outstanding issue was in relation to credit hire. The hire company had provided the Claimant with a hire car and a claim was submitted for £10,465.42 plus interest calculated in the sum of £873.94.

Ever mindful of commerciality, we initially sought to compromise the claim and made an offer based upon the basic hire rates obtained from the credit hire company's own published rates on their website. This was rejected.

The documents which were specifically relied upon by the Claimant as evidence of the hire contract were clear in so far as the Claimant had an obligation to meet estimated charges of £nil and potentially estimated cost of around £120.00 but with no way of calculating how that sum arose.

We therefore moved to a position to challenge the credit hire documentation in its entirety and seek a dismissal of the claim on the basis that there were no terms provided which were incorporated and which exempted the agreement from regulation by the Consumer Credit Act.

We prepared a detailed updated counter schedule and challenged:

At the hearing the Claimant had an exceptionally poor recollection of events. He was unable to tell the court what he had or had not done during the formation of the contract. The DJ described him as being consistent in his evidence, the consistency being that for a large part he could not recall what had happened. The judge agreed with our arguments regarding the Claimant's witness statement. He found the statement was partly a cut and paste job, and it was manifestly clear that the Claimant did not read the statement but signed it anyway. This raised further concern as to his credibility.

DDJ Rippon proceeded to consider the enforceability of the credit hire agreement outlining that at general law a contract must have certainty of terms for parties to be bound. The Claimant was unable to confirm answers to questions regarding the terms and conditions. He could not remember if he had clicked on a link or seen a paper copy. He had been handed some documents but could not remember what these were. He also could not recall whether he had signed any paperwork. There was no suggestion about to whom the invoice should be made out, nor was there a maximum daily tariff provided and the period of hire was broad at 28-90 days.

The judge agreed with our submissions that there was something clearly wrong and said it was "entirely unclear" to him what the terms of the hire were.

There was reference to the renter having to pay £0 plus VAT at 20% which DDJ Rippon found to be confusing and concerning. There was also an estimated charge of £121.71 which bore no relation to any figures on the document. He concluded the terms as to the financial amount were "wholly unintelligible".

He further found it was "wholly unclear" which terms and conditions were to be incorporated, and that no terms and conditions had been incorporated. As a result, on balance, there was no binding contract and no certainty of terms. On that basis there was no need to consider the consumer credit points that we had raised as the hire company were not entitled to enforce against the Claimant.

As a result, the Claimant's claim was dismissed with savings of over £12,000.00 for our insurer client. DDJ Rippon found there was no unreasonable behaviour on the Claimant's part as he was not to know the agreement was not enforceable.

This case is a reminder that whilst it is unusual in recent times for a credit hire contract to be deemed unenforceable, that doesn't mean that poorly drafted documents should be permitted to subsist. 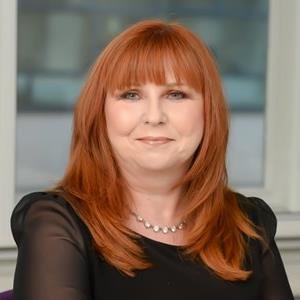