Has the Supreme Court tied the SFO’s hands?

The Supreme Court has unanimously ruled, in the case of R (on the application of KBR, Inc) (Appellant) v Director of the Serious Fraud Office (Respondent) [2021] UKSC 2, that a notice issued by the Serious Fraud Office ("SFO") under section 2(3) of the Criminal Justice Act 1987 (“CJA”) could not require a foreign company to produce documents held entirely outside of the UK.

KBR, a company incorporated in the US, had no fixed place of business in the UK, nor had it carried on business within the UK. However a UK subsidiary of KBR was under investigation by the SFO.

In the course of discussions with KBR’s UK subsidiary, the SFO purported to serve KBR with a notice under section 2(3) CJA, requiring KBR to produce documents held overseas. KBR objected and applied for judicial review to quash the SFO’s section 2(3) notice on three grounds:

At first instance, the Divisional Court rejected all three grounds and held that section 2(3) CJA must have an element of extra-territorial application. It determined that there was a sufficient connection between KBR and the UK to bring it within the reach of section 2(3) CJA.

KBR appealed the decision and the Supreme Court was asked whether s2(3) CJA can require a person to produce information held outside the jurisdiction.

On allowing the appeal, the Supreme Court unanimously held that:

At face value, this decision makes for some uncomfortable headlines for the SFO. In reality, the Supreme Court’s decision is fact specific and readers should beware of such over-generalisations and notions that the SFO has, all of a sudden, had its wings clipped.

One might say that this was an ambitious approach by the SFO to begin with. Serving a representative of a US company with a s2(3) notice by hand whilst she attended a meeting with the SFO (to discuss its investigations into a UK-based subsidiary) and expecting the US firm to produce documents held overseas was, in our view, rather optimistic. The Supreme Court has now agreed.

The decision is also limited to documents held overseas. If an executive of a foreign company entered the UK with documents or access to documents (via a laptop, for example), the outcome may well be different. In this scenario, the documents are held within the UK and, thus, are entirely under the jurisdiction of the SFO.

As a result of the parties agreeing that a UK company would be obliged to hand over documents held by it abroad, the Supreme Court was silent on whether foreign law considerations could prevent transmission and whether they would constitute a “reasonable excuse” pursuant to section 2(13) CJA. This point of law remains to be extensively tested by the UK courts.

As a direct result of Brexit, further limitations to the SFO´s investigation powers have also arisen. Over the last decade, both the SFO and the FCA tried German nationals in the UK courts and requested the extraditions of others, some of which were refused by Germany. As matters stand, German, Austrian and Slovenian nationals now cannot be extradited to the UK. The legal bar to extradition to the UK from other EU countries is now also significantly higher.

With the UK also losing access to the Second Schengen Information System (SIS II), and no direct replacement for the European Investigative Order being found, the SFO will need to bolster the alternative international avenues available to it. The SFO’s priority of “strengthening the security of international relationships” in the light of Brexit and COVID-19[1] is likely to now be pushed even higher up its priority list. It remains to be seen whether the UK Government will provide it with the necessary support. 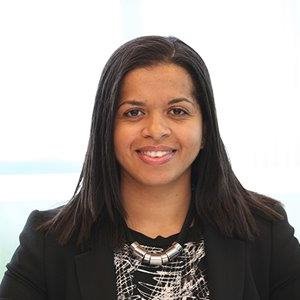