The Supreme Court have recently provided rulings on the status of sleep-in carers, confirming their lack of entitlement to the national minimum wage whilst they sleep. Whilst these decisions primarily impact the employment sector, the decisions in Tomlinson-Blake and Shannon are relevant to the ongoing issue of the cost of care within catastrophic injury claims.

Given the complex nature of social care, and the current public mood on the value of such work, the decisions may prompt further discussions on possible reform to existing care legislation and the issue of sleep-in payments.  Lady Arden stated that “no one would doubt the importance in society today of carers and wardens who help to look after those who through age or infirmity cannot look after themselves.”

Mrs Tomlinson-Blake was employed by Mencap and cared for two men at their own homes. If she worked at night she was permitted to sleep. Her duties during a night shift were to keep an ear out and intervene if required or respond to requests for help, both of which were rare. For a night shift she was paid a flat rate of £22.35 plus one hour at national minimum wage. If her sleep was disrupted and she was required to provide support throughout the night she was paid for each hour after the first hour. She claimed she was entitled to be paid national minimum wage, pursuant to the National Minimum Wage Regulations 2015, for each hour of the night shift she was at work, regardless of whether she had to intervene or respond, and brought proceedings to recover wages.

The Employment Tribunal and Employment Appeal Tribunal upheld her claim, but the Court of Appeal allowed Mencap’s further appeal.

Mr Shannon worked in a residential care home as a salaried on-call night care assistant, with accommodation provided in a studio in the care home. He too was able to sleep throughout the night but had to respond to any assistance requests, which happened rarely. He claimed for minimum wage arrears between the hours of 10pm and 7am, pursuant to the National Minimum Wage Regulations 1999.

The Employment Tribunal dismissed his claim. That decision was upheld by both the Employment Appeal Tribunal and the Court of Appeal.

The Supreme Court ruled that Mrs Tomlinson-Blake and Mr Shannon were not entitled to be paid the national minimum wage for the time while they were sleeping at their place of work.

The cost of care is ever increasing. Some care packages for catastrophically injured claimants are now being sought which total in the millions of pounds over a lifetime multiplier. In November 2020, we reported that data released shows that carers' wages are at an all-time high and are continuing to rise, meaning an increase in the level of payments compensators make under individual PPOs linked to ASHE 6115. This upward trend was also seen in the 2019 figures.

Had the Supreme Court decided in favour of Mrs Tomlinson-Blake and Mr Shannon given their respective circumstances, the cost of future care packages would have increased considerably, with minimum wage being claimed for all hours of a sleep-in shift. This would have also significantly impacted those claims with one waking carer and one sleep-in carer. The effect would have been hourly rates for both carers throughout.

It would also have presented a challenge in respect of those claims which had already been settled, whether by way of lump sum or PPO.  Large numbers of claimants requiring overnight care would have been at risk of being unable to afford their care regime, an outcome that would have offended the principles of tort law. The estimated cost of successful appeals by Mr Shannon and Mrs Tomlinson-Blake related to carers’ wages alone was valued in the region of £400 million.

Of course, claimant representatives will be alive to the issues raised by this decision, and insurers should be mindful of expert reports seeking to claim that waking care is required through the night as opposed to sleeping care. The result being that a care package would then include hourly rates for carers throughout the night if a judge or defendant agreed that waking care was appropriate. It is expected that in order to secure the best possible night care and a quality care package claimants will continue to claim for national minimum wage rates for the entire sleep-in shift to ensure they can retain carers and pay an hourly rate.

The Supreme Court also considered the existing decision of British Nursing v Inland Revenue [2002] which the Court of Appeal held established “the very limited proposition that a worker who was entitled to sleep could, dependent on the facts, also be working as opposed to merely being available for work.”

The Supreme Court held that the case should no longer be regarded as authoritative. Lord Carnwath highlighted that he would reserve “further comment for a case where the same or similar issues arise for actual decision”. 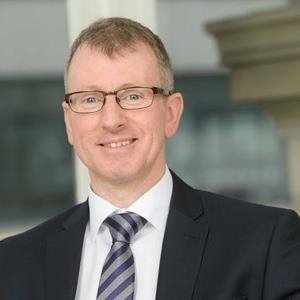