A claim of two halves: when is a reply not a reply?

In the recent case of Martlet v Mulalley the High Court ruled that a claimant could not plead a new claim in its a Reply, in response to a defendant’s alternative version of events pleaded in the Defence. The Court did however allow the Claimant to amend its Particulars of Claim and provided additional clarity around the considerations for when a claimant can amend its Particulars of Claim after a limitation period has expired.

The case is interesting because the Court found that a claimant cannot raise a new cause of action within its Reply (as might have been thought convenient), even if it arises out of the same or substantially same facts in the Particulars of Claim and / or responds to a new ‘version of events’ contained within the Defence.

The Court also found that when considering whether a new claim arises or substantially arises out of the same facts, it must consider all facts in issue, not just those contained within the Particulars of Claim.

Therefore, whilst the new claim was struck out of the Reply, the claimant was given permission to amend its Particulars of Claim to add the new claim.

This case highlights issues for both claimants and defendants where limitation is in play.  For claimants it is critical for to ensure that your Particulars of Claim are properly considered and encapsulate all facts and circumstances that are likely to be in issue – even if it does not know all of the individual causes of action it may bring. This is particularly so on legacy fire safety claims where investigations are ongoing and limitation periods running out. For Defendants, they need to be careful not to introduce wider facts and issues that could allow a claimant to articulate new claims arising out of those facts, it otherwise may not have been able to if it was only relying on those facts within its Particulars of Claim.

In 2005 Mulalley & Co (Mulalley) was appointed under a Design and Build Contract to construct five high-rise towers, such works included the design and installation of external cladding.  Practical completion of the tower blocks was achieved between 2006 and 2008.

Martlet Homes Ltd (Martlet), the owner of the tower blocks issued proceedings against Mulalley on 11 December 2019 seeking damages in relation to both design and workmanship issues.

Limitation was a major consideration given the practical completion dates and Martlet’s Claim Form was issued shortly before the expiration of the 12-year limitation period in relation to four of the five towers, with it being common ground that the limitation period had already expired in respect of the fifth tower.

The Particulars of Claim served on Mulalley alleged that it had breached its contract in respect of defectively installed fire barriers, inadequately fixed insulation boards (rather than non-compliant Insulation boards) and a failure properly to repair the existing substrate.  Damages of c.£8m were claimed which comprised of the remedial works and the costs of a ‘waking watch’ being maintained for each tower.

All of which, so far, is an increasingly common and familiar set of facts following the Grenfell Tower Fire.

While Mulalley accepted responsibility for a number of workmanship issues which included accepting that the fixing of the insulation boards was not correct, it denied liability in respect of breach of contract and raised a causation argument in relation to any losses Martlet had or would suffer due to the change in regulations following the Grenfell Tower Fire.  Mulally pleaded that the use of the Insulation boards which are combustible are no longer permitted for use on buildings over 18 metres in height and accordingly under the Regulatory Reform (Fire Safety) Order 2005, Martlet, as the building owner, would have to replace the Cladding system as a whole in any event to ensure the towers were kept safe.

Martlet in its Reply included four paragraphs that introduced an ‘Alternative Case’ (a heading which Mulalley was undoubtedly pleased to see used) that, if Mulalley was correct that the insulation boards were combustible, then Mulalley further breached its contract by using that product for each tower, as the use of combustible materials was in breach of the Employer’s Requirements.

Unsurprisingly Mulalley applied to the Court to have the ‘Alternative Case’ within the Reply struck out on the basis that a party cannot raise a new claim by way of a Reply and that the Reply did not seek to respond to the Defence, but instead sought to advance a new cause of action.

Martlet resisted the application and said that it was inevitable that a Reply would plead new allegations than those contained within the Particulars of Claim as the purpose of a Reply was to deal with Mulalley’s defence which would likely put forward a different version of events.

Notwithstanding Martlet claiming the introduction of a new claim within its Reply was permissible it sensibly also sought permission from the Court to amend its Particulars of Claim to include the Alternative Case – see below.

During the hearing Mulalley directed the Court to PD16 (Statements of Case) of the CPR, which states that a “…statement of case must not contradict or be inconsistent with an earlier one; for example a reply to a defence must not bring in a new claim” a particularly helpful example in the circumstances..

Unfazed, Martlet argued that the Alternative Case did not breached PD16 as it was not inconsistent with the primary case stated within the Particulars of Case and that the reference to a ‘new claim’ had to be read consistently and in line with CPR 17.4.

This will be relevant below, but by way of a reminder, CPR 17.4 deals with ‘Amendments to statements of case after the end of a relevant limitation period’ and which provides that a Court may allow an amendment where its effect will be to add or substitute a new claim, but only if that new claim arises out of the same facts or substantially the same facts.

The Judge found that, because serving a Reply was optional, and CPR 15.9 restricts parties from serving further statements of case without the permission of the Court after a Reply is served (i.e. it was not guaranteed that a Defendant would get the opportunity to address any ‘new claim’ advanced within a Reply) the only conclusion he could draw was that any claim must be pleaded within the Particulars of Claim.

The Judge found that to allow a claimant a second bite of the cherry in formulating its claim would be inherently undesirable and contrary to the overriding objective, as well as likely to encourage (or at least permit) a claimant to take less care in drafting the Particulars of Claim.  Defendants would then have to seek (and would perhaps end up routinely having to seek) permission from the Court to respond by way of rejoinder to the new claims raised in Replies.

Accordingly, the Judge allowed Mulalley’s application and struck out the four paragraphs which made up the Alternative Case on the basis that it was not properly raised by way of Reply.

Having dealt with the Mulalley’s strike out application, the Judge turned to Martlet’s application for permission to amend its Particulars of Claim to include the Alternative Claim, made under CPR 17.4.

The Judge considered that because no new duties were alleged and there had been no amendment to the claimed loss and damage within the Alternative Claim, these factors assisted Martlet in demonstrating that the Alternative Case arose out of, or substantially out of, the same facts.  However, he was clear that these by themselves were not decisive considerations for the Court.

However, the Judge highlighted that the Court must take a wider view of the facts in issue in the action as a whole, including those mentioned in the defence and not just  those contained within the Particulars of Claim.

Q1. Is it reasonably arguable that the proposed amendments are outside the applicable limitation period? If the answer is yes, go to Q2. If the answer is no, then the amendment falls to be considered under CPR 17.1(2)(b). (Stage 1)

Q2. Do the proposed amendments seek to add or substitute a new cause of action? If the answer is yes, go to Q3; if the answer is no, then the amendment falls to be considered under CPR 17.1(2)(b). (Stage 2)

Q3. Does the new cause of action arise out of the same or substantially the same facts as are already in issue in the existing claim? If not, the court has no discretion to permit the amendment. (Stage 3)

Q4. If the answer to Q3 is yes, the court has a discretion to allow the amendment. (Stage 4)

Questions 1 and 2 were answered in the affirmative in this case and Judge Pepperall stated that the starting point for Question 3, is the fact that CPR17.4 was intended to give effect to Section 35(4) of the Limitation Act 1980.  The Judge highlighted that CPR17.4 does not faithfully reflect s.35 and that CPR 17.4 should actually be read as to include the words ”are already in issue”. Judge Pepperall went on to suggest that the Civil Procedure Rule Committee should find time to amend CPR.17.4 in order to reflect more accurately the effect of s.35(5) of the Limitation Act 1980 on which it is based.

The Judge found that the proposed amendment / the Alternative Claim was based upon an assertion introduced by the Defence as to the true cause of loss.  While this would create a new issue for the court to assess, the proposed amendment did arise from substantially the same facts as Mulalley had itself put in issue within its Defence

Accordingly, the Judge ruled in favour of Martlet and granted it permission to amend its Particulars of Claim. 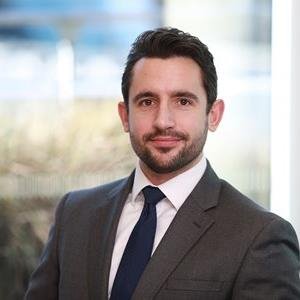