Further business rates relief is welcomed by some but comes with an announcement of restrictions on businesses submitting appeals on the basis of a “material change in circumstances".

The Government has announced a further £1.5 billion business rates relief fund for businesses in England outside of the retail, hospitality and leisure sectors which have been affected by COVID-19. This follows the “temporary” 100% business rates relief for retail, hospitality and leisure businesses in England for the 2020 to 2021 tax year and the Government’s extension in the March 2021 Budget of the 100% relief in England until 30 June 2021, after which rates will be discounted by two-thirds from 1 July 2021 until 31 March 2022.

The latest announcement, however, comes alongside a statement that the Government intends to legislate to rule out businesses appealing for reduced business rates bills under the existing “material change of circumstance” (MCC) rules. Under the MCC rules, a business can appeal for a reduction in its business rates assessment where it is able to show that the rateable value of the underlying property is inaccurate as a result of a MCC which occurred on or after the rateable value assessment was made. Historically, MCC claims would have focused on events such as road or street works outside of the property, or construction works and associated scaffolding erected on an adjacent property. Businesses have, however, been seeking to argue that the impact of COVID-19 constitutes a MCC. The Government has suggested that 170,000 businesses have made claims for MCCs, although industry players have suggested that the number of businesses who have commenced such claims could be much larger.

The Government has stated that “the latest fund will be distributed according to which sectors have suffered most economically, rather than on the basis of falls in property values, ensuring the support is provided to businesses in England in the fastest and fairest way possible”.

The latest measures are likely to come as a relief to businesses such as wholesalers and suppliers of the retail, hospitality and leisure sectors, who haven’t been able to benefit from the same levels of support as the businesses they supply, but have suffered as a result of a decrease in demand for their produce and services.

The curtailment of MCC appeals will, however, adversely impact businesses across England who had previously hoped to benefit from a reduction in their business rates bills but are now likely to miss out.

The Government’s statement gives the specific illustrative case studies of a consultancy firm operating from a London office where a large proportion of staff are working from home. The case study states that the business would be unlikely to fall within the scope of the new fund, “given it had not suffered an economic impact”. In contrast, the Government’s case studies suggest a food wholesaler operating outside of London would be able to benefit from the fund.

Business rates continues to be seen by many as the can kicked down the road, following the Government’s pre-Budget announcement that the release of its report in relation to a fundamental review of business rates had been delayed until the Autumn 2021, much to the dismay of the market. Again, the latest measures are likely to benefit some, but many argue they fail to address fundamental problems with the system. 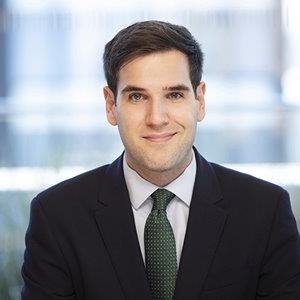