Party autonomy is a widely accepted principle in arbitration jurisprudence. Often described as a virtual backbone of arbitrations, it is also considered as the grundnorm in agreements of arbitration.

We have seen in the past that, applying the principle of party autonomy, Courts are generally inclined to relegate parties to their contractual bargain. In this regard, not very long ago, on the strength of party autonomy principle, two-tier arbitration system was recognized by the Supreme Court of India.

But can this principle be extended to permit two Indian parties in designating their seat of arbitration outside India. Further, if that is the case, then what is the categorization of a resultant award and modalities regarding its enforceability under the Arbitration and Conciliation Act, 1996 (‘Arbitration Act’).

The authors seek to briefly elucidate the latest verdict of the Supreme Court, where a three Judge bench has authoritatively resolved the conundrum[1].

Section 44 of the Arbitration Act- Seat or Person oriented?

On a bare reading of Section 44 of the Arbitration Act, for an award to be designated as a foreign award, the following ingredients must be satisfied:

Therefore, it can be deduced that Section 44 of the Arbitration Act is a seat-oriented provision in countries that are signatories to the New York Convention since the term ‘persons’ under the said provision is detached from any conditions.

On a first blush, arguably there is no difficulty in emergent position of law above, except when one scrutinizes the language under Section 44 of the Arbitration Act through a deeper lens. Some ambiguity may percolate in the reader’s mind when the expression ‘unless the context otherwise requires’ used in Section 44 of the Arbitration Act is considered.

After an elaborate discussion on the issue, the Supreme Court in its verdict has conclusively ruled that the phrase ‘unless the context otherwise requires’ cannot undo the very basis of Section 44 of the Arbitration Act, which is a seat-oriented provision.

Aside from the fact that statutory interpretation would not permit importing the definition of ‘international commercial arbitration’ under Part I of the Act to Section 44 falling under Part II of the Act, the term ‘person’ under Section 44 of the Arbitration Act is not caveated with references to nationality, residence or domicile.

This leads us to the issue, whether two Indian parties designating a foreign seat for their arbitration, infracts the public policy of India.

With the advent of time, evolution of trade and commerce, public policy is the relative concept which has witnessed modification to conform to the current needs of the community. Since, the scope of public policy has been delineated by judicial precedents, not infrequently do litigants advance the public policy argument to circumvent the principle of party autonomy.

Naturally, there has been extensive debate that permitting two Indian parties to designate their seat of arbitration outside India infracts Section 23 of the Indian Contract Act, 1872 (‘Contract Act’), which provides for considerations and objects which are lawful, and ones which are not. The overarching emphasis on this proposition has been canvassed thus, two Indian parties contracting out of Indian law would defeat the provisions of the law and would be opposed to public policy.

The public policy umbrella has sometimes provided refuge to parties who have been able to convince Courts to adopt the broad view of the phrase. In the situation of two Indian parties designating their seat outside India, the fulcrum of submissions has been that the broader public policy view should be applied to hold that such an agreement is opposed to public policy.

The Supreme Court, however, has aligned such an agreement with the public policy of India, by evolving the balancing test. The Court has observed that freedom of contract needs to be balanced with clear and undeniable harm to the public, even if the facts of a particular case do not fall within the crystallised principles enumerated in well-established 'heads' of public policy.

Ultimately, the Court’s findings narrowed down to whether there is anything in the public policy of India, which interdicts the party autonomy of two Indian persons referring their disputes to arbitration at a neutral forum outside India.

An interesting facet of the Court’s finding was that there is no clear and undeniable harm caused to the public in permitting two Indian nationals to avail of a challenge procedure of a foreign country when, after a foreign award passes muster under that procedure, its enforcement can be resisted in India on the grounds of objection contained in Section 48 of the Arbitration Act, which includes the foreign award being contrary to the public policy of India.

Thus, when two bites at the cherry could become the norm when two Indian parties agree to arbitrate outside India, there can be no clear and undeniable harm caused to the public to restrain the parties’ contractual freedom.

Importantly, one can deduce that party autonomy, which is the brooding and guiding spirit of arbitration, has once again found favour with the Supreme Court in permitting parties to have their choice of seat of arbitration, substantive law or rules applicable to the merits of the dispute to be resolved by arbitration.

Nothing stands in the way of party autonomy in designating a seat of arbitration outside India even when both parties happen to be Indian nationals. Having said that, the Court has also built-in safeguards while envisaging a possibility of two Indian nationals circumventing a law which pertains to the fundamental policy of India. In such a case, the Court expressly recognizes that enforcement of such foreign award may be resisted under Section 48 of the Arbitration Act.

Having analysed the raison d'être behind the Court’s verdict on these fundamental issues which have been the bone of contention between parties for several years now, Indian parties will be well advised to have a re-look at their arbitration agreements and factor in various aspects which could require tweaking considering the Supreme Court’s decision.

The Supreme Court’s decision finally settles the debate on the permissibility of two Indian parties choosing a foreign seat for arbitration. In arriving at an affirmative finding, the Court has harmonized the principle of party autonomy with the unruly horse that is public policy.

The balancing act of the Supreme Court is well reasoned in that, it upholds the contractual bargain between the parties while at the same time providing fodder to parties bound by foreign seated arbitration to take two bites at the cherry.

The Court has iterated the mutual exclusivity between Part I and Part II of the Arbitration Act and highlighted that any attempt to circumvent the wall between the two Parts by seeking to bridge the gap through proviso to Section 2(2) of the Arbitration Act, which was inserted to preserve assets of one of the parties situated in India in a foreign seated arbitration, cannot be countenanced.

In parting, authors seek to outline the following potential complications, which possibly could become contentious in the future- 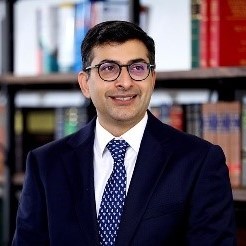 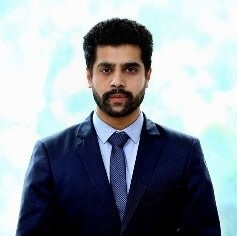 For any inquiries, please feel free to contact the authors.