Review of slots at Sydney Airport

The recent commencement of flights by Regional Express (Rex) between Melbourne and Sydney has brought into focus the issue of access to slots at Sydney’s Kingsford Smith Airport. Recent developments both within, and external to, the aviation industry, have created an environment that requires aspects of the system to be reassessed. The situation is being monitored closely by the Australian Competition and Consumer Commission (ACCC) and is now the subject of a broader Australian government review. Expected changes to the slot management scheme at Sydney Airport will likely impact all airlines, domestic and international, but particularly new entrants and expanding airlines.

Internationally, slots are viewed as a tool to manage demand for airport infrastructure where the available infrastructure is insufficient to meet the demand of airlines and other aircraft operators. They are designed to help maximise efficiency and to maintain competition between airlines.

Sydney Airport has a movement cap, as a noise mitigation measure, which restricts the number of slots that can be issued in an hour to 80. In other words, the available infrastructure is deliberately restricted but, in any case, slots are deemed necessary to meet the demand within these parameters. In practice, in pre-Covid times, demand during peak periods (6:00-11:00 and 15:00-20:00 Monday to Friday) approached or exceeded capacity whereas slots remained available during off-peak times. Regardless of the time of operation, every aircraft requires a slot to land at and depart from Sydney Airport, whether it is involved in a commercial or private operation.

In June 2020, new international standards were issued for the management of slots under the Worldwide Airport Slot Guidelines (WASG),  which was published jointly by Airports Council International (ACI), the Worldwide Airport Coordinator Group (WWACG) and the International Air Transport Association (IATA). Whilst the legislation for slot allocation at Sydney Airport generally reflected the worldwide standards at the time of its adoption, the implementation of the new global standards under the WASG has introduced a number of changes which result in inconsistencies in the slot allocation system at Sydney Airport compared with other international airports. Furthermore, the huge impact that Covid has had on the aviation industry means that slot management at Sydney airport has had to be revisited in the past 12 months and will require continued revision as the industry rebuilds. IATA has predicted that global passenger traffic will not recover to pre-Covid levels until 2024, although domestic flights in Australia face fewer hurdles on the road to recovery than international flights.

Status of the review

The Australian government is currently conducting a review into demand management at Sydney airport and as part of this review, it is considering the slot management scheme. Under its November 2020 discussion paper entitled, ‘Sydney Airport Demand Management’, it asked for submissions on various aspects of the current slot scheme, including the challenges that arise as a result of the fact that it now differs from international standards. At present, these submissions are being considered.

Historic precedence and allocation of slots to new entrants

Under both international standards and current legislation for slot management at Sydney Airport, an airline retains the slots it has been granted provided it has satisfied the so-called ‘use it or lose it rule’. This rule requires an airline to demonstrate that it has exercised its right to at least 80% of the slots it has been allocated in order to be entitled to historic precedence, meaning that it will be reallocated those slots the following season.

When it comes to the allocation of slots for the new season, Sydney Airport’s slot management scheme provides that, following the allocation of slots subject to historic precedence, 50% of those remaining go to new entrants, in the case that they have applied for them. A ‘new entrant’ for slot management at Sydney Airport refers to an airline that has no more than 4 slots allocated for the day new slots are sought. The WASG has introduced a more generous definition, which is a key point of difference between the two schemes.

Ministerial Directions issued in 2020 and, most recently, in February 2021, in response to the impact of Covid on airlines, mean that airlines maintain their right to the slots at Sydney Airport that had been allocated to them prior to Covid notwithstanding their inability to use the slots. Sydney Airport has raised concern about the possibility of the measures creating what it describes as ‘significant market distortion and competition issues’ going forward. The ACCC has likewise highlighted the potentially negative consequences of the Directions on competition, emphasising the possibility that they will serve as a barrier to new entrants and expanding airlines as the industry recovers, particularly where airlines retain slots with no intention or incentive to use them.

At present, new entrants to the market or airlines looking to expand their services at Sydney airport are restricted to slots that were available prior to the waiver and to those that airlines have temporarily made available for the period of the waiver on the basis that they will not use them. There are disadvantages to airlines in obtaining slots through these mechanisms, including a lack of access to peak-period slots and to slots involving rights to historical precedence.

Possible outcomes of the review and impact on the industry

Various options have been proposed by the Australian government to meet the concerns addressed in this article. They include, for example, creating a Pandemic Recovery Pool from which only new entrants and expanding airlines may be granted slots with historical precedence or, or in addition to, a partial reset of slot allocations, whereby the Slot Manager would cancel 20% of slots for each hour where only those slots held by airlines with 5 or more slots in the hour would be eligible for cancellation. Another option is simply for no further waivers to be issued and for slots to be allocated for the following season as the current legislation provides.

Whilst the central concerns raised in this article stem from Covid and, more specifically, from the waiver introduced and maintained through the Ministerial Declarations that have been issued, the recovery of the industry relies on balanced policy with a foundation in a modernised legislative framework. With Sydney Airport being particularly congested in terms of the demand for peak-period slots, the management of such slots is important for ensuring healthy competition between airlines, with implications well beyond the pandemic. 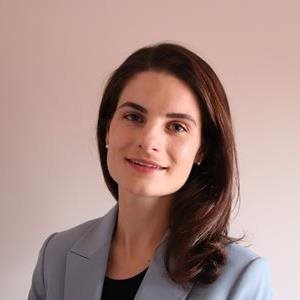