Sentencing very large organisations- are the health and safety, corporate manslaughter and food safety guidelines past their use-by date?

We previously commented that Tesco Stores Limited (Tesco) had ventured into novel legal waters, by judicially reviewing the decision of the Magistrates’ Court not to allow expert, scientific evidence as a line of defence in a food safety case. This resulted in the High Court’s consideration of the criminal offence of displaying items which are past their “use-by” date and the defences which are available to food businesses when such food items have failed to be removed from the shelves.[1]

In linked proceedings, Tesco has now been fined £7.56 million after pleading guilty to selling food past its “use-by” date in three of its Birmingham stores. Birmingham City Council brought the prosecution under the Food Safety and Hygiene (England) Regulations 2013 after inspections by environmental health officers found stores selling out of date food on several occasions.

With this representing the highest ever fine under the definitive sentencing guidance for either food safety or health and safety, in this article we consider the implications of the judgment when sentencing organisations with a very large turnover.

The Definitive Guideline on Corporate Manslaughter, Health and Safety and Food and Safety Hygiene Offences (the Guideline) was intended to ensure a consistent approach in the sentencing of individuals and organisations convicted of these offences by courts in England and Wales.

Courts must first assess the seriousness of the offence based on the offender's culpability and the risk of harm; while fines are taken from a range depending on the size of the organisation. Different starting points and ranges apply depending on the size of the organisation, determined by reference to turnover or equivalent. Whilst the sentencing ranges for micro, small, medium and large organisations are reasonably clear-cut,  for “very large organisations” (i.e. those with a turnover very greatly exceeding the threshold for large organisations) the Guideline has no specific table but states it “may be necessary to move outside the suggested range to achieve a proportionate sentence”. Various cases have therefore grappled with how to approach the sentencing exercise.

Under the Sentencing Guidelines for Environmental offences[2], in R v Thames Water Utilities[3] the Court held that very large organisations that are found to have caused harm in the worst possible way, deliberate action or inaction, could face fines of up to 100% of their pre-tax net profit for the relevant year. The Court stated that this would be the case “even if this results in fines in excess of £100m.” When considering the level of fine to be imposed on a very large organisation, the sentencing court did recognise that it must not simply multiply the level of fine by the incremental increases identified between other sizes of organisation (i.e. start with the fine for a large organisation and then multiply that range based on turnover) as this would be an inappropriate “mechanistic extrapolation.”

In Whirlpool UK Appliances Ltd v R[4] the Court of Appeal reduced a sentence on appeal and gave detailed consideration of the application of the Guideline in the context of very large organisations. Whirlpool’s turnover was £700m and the Crown Court judge used a starting point of £1.2m for a fine, whereas the starting point would only have been £35,000 for a large organisation.

In the recent case of R v Places for People Homes Ltd[5], the Court of Appeal emphasised that there is not, and there should not be, a bright dividing line between large and very large companies. The size of the organisation lies on a spectrum— the larger the company, the greater the fine may need to be, depending on the facts of the particular offender.

In approaching the sentencing exercise in this case the judge found that the appropriate level of culpability was medium and that it fell into harm category two, which for a large organisation would have resulted in a starting point for a fine of £90,000, with a range between £35,000 and £220,000. Thereafter, the approach appears to have been dominated by the fact that Tesco were a multi-billion pound business, and were quite clearly a very large organisation, as defined in the Guidelines.

With a very large organisation of the size of Tesco, the Court was always going to step outside the sentencing range in order to achieve a proportionate sentence, based on the means of the offender.

An example of this in practice can be seen in R v Tata Steel UK Limited[6], which had a £4 billion turnover. To achieve a proportionate sentence in that case, the Court moved up one whole harm category to reflect the very large organisation status of company. Translating that approach to the facts of this case would have resulted in a £200,000 starting point and a range of £80,000 to £500,000.

Indeed, the top fine in the Guideline, for very high culpability and harm category 1, is a starting point of £1.2 million, with a range of £500,000 to £3 million.  So the starting point taken by the judge of £10 million in this case is more than 3 times higher than the top of the range for the worst possible example of this type of case.

The fine which was ultimately imposed on Tesco appears to be detached from the Guidelines, simply due to the size of company's turnover. Moreover, there was no clear correlation between the starting point and range identified by the judge and the fine that was reached.

To highlight how the approach in this case differs from previous similar sentencing exercises, one only need look at the fine Tesco received last year at Reading Magistrates’ Court, for similar offences, which resulted in a fine of £160,000.

It is also worth remembering that Merlin Attractions Operations Limited, the operating company of Alton Towers Resort, was fined £5 million (reduced from £7.5 million following an early guilty plea) at Stafford Crown Court in September 2016 following a crash on the Smiler rollercoaster ride. That incident resulted in 16 passengers suffering serious physical and psychological injuries. Tesco were previously fined £5 million and £3 million for health and safety and environmental breaches respectively, following a pollution incident in 2014. These two cases remain the highest health and safety fines under the Guideline.

What does the future hold?

We know, from sentencing data analysed by the Sentencing Council, that large and very large organisations have been hit hard by the introduction of the Guideline[7]. The median fine for a large/very large company has risen from £25,000 pre-guideline to £370,000. Given that the Tesco fine far exceeds the levels seen previously, there remains uncertainty for very large organisations as to how the boundary between large and very large is defined and how an appropriate level of fine should be arrived at.

Despite DJ(MC) Qureshi commenting that, "The Sentencing Council desperately needs to introduce another table into their sentencing tables. They need to give guidance on multi-billion pound companies", there has been no indication given that any such review is being considered by the Sentencing Council.

In the absence of any such updated guidance regarding multi-billion pound companies the judgment leaves three questions: firstly, is this sentence one that so far departs from previous practice that it can be confined to its own facts; secondly, and alternatively, is it the start of criminal courts imposing increasingly significant sentences on very large organisations, who have turnovers measured in billions of pounds; and finally, have Tesco got the appetite to appeal this sentence to the Crown Court?

If you would like to discuss any aspect of this article further, please get in touch with a member of our team at sheregulatory@clydeco.com. 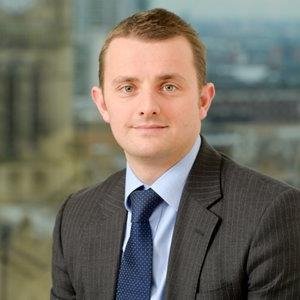