The whiplash reforms will trigger seismic changes in the claimant market for road traffic claims. The days of claimants receiving £2,000 for a six month whiplash injury will be over, however there are concerns that the reforms will encourage exaggeration of genuine injuries and/or exaggeration of claims from accidents which have not occurred at all.

So, where will the next tranche of fraudulent claims involving low value injury come from, and how will they fit into the new system provided by the Official Injury Claims Portal (“OIC Portal”)?

Following the recent publication of the whiplash tariffs, pre-action protocol (“the Protocol”) and practice directions covering road traffic accident (“RTA”) personal injury claims under £5,000, expected areas of concerns have been identified and insurers should be preparing to ensure that improper behaviours are recognised and strategies put in place to deal with them.

There will be no ‘big bang’

The updates to the Civil Procedure Rules confirm that the current £1,000 small claims track (“SCT”) limit for personal injury claims arising from an RTA is preserved where the accident occurred before 31st May 2021. Similarly, the tariffs for whiplash will only apply to those claims where the RTA accrues on or after 31 May 2021.

This means a significant cohort of claims will continue to apply the existing whiplash damage awards post-31 May 2021. We have already identified late notified claims’ as an ongoing issue, and we also expect there are claims which are yet to be progressed due to the pandemic. This may be due to delayed notification from injured claimants or the ability of claimant representatives to progress the claim due to furlough or other issues. The proposed lifting of restrictions in the coming months together with re-opening of offices and the end of furlough may prompt the progression of these claims (whether genuine or otherwise). Combined with the economic impact of the covid pandemic beginning to bite it is clear we are expecting a busy second half of 2021.

However, once these pre-31 May 2021 claims clear, motor-related soft tissue injuries will no longer be the primary cash generator in fraudulent claims. This means that organised or opportunistic fraudsters may look elsewhere, and we have considered some of the areas of concern below. However, let’s not forget; personal injury claims are still considered “easy” money and “victimless” fraud and where there is money available there will be those that take advantage.

The move to a tariff regime for whiplash injuries has prompted concerns that fraudulent or exaggerating claimants will seek to push claims above the increased £5,000 small claims limit by alleging additional non-tariffed injuries, such as orthopaedic injuries to the limbs, neurological injuries such as headaches or tinnitus, alongside a tariffed whiplash claim.

We understand that how these multi-site injury claims should be valued is likely to be the subject of expedited test cases. However, in the meantime, it should be assumed that each element of the injury claim will be awarded its full or a large proportion of its individual value (whether tariffed or guideline). Insurers should be starting to identify motor claims in which multi-site injuries are alleged and consider any representatives involved. In addition, insurers should consider whether multi-site injuries dramatically increase in collisions post-31 May 2021 or remain consistent with existing levels.

In addition, the Whiplash Injury Regulations make no clarification of how the exacerbation of a pre-existing condition by a whiplash injury will be valued. Arguably, this could be covered by the provision in the Regulations allowing for an uplift of up to 20% in the event of ‘exceptional circumstances’, but again, this may be an issue which requires resolution via judicial direction.

The new OIC portal provides that claimants can issue proceedings on the issue of liability only, where it is denied in full. Following resolution of liability, the first medical report is then obtained. Based on the existing delays for small claims track hearings, it could be upwards of a year before a medical report is obtained. Some claimants may (legitimately or otherwise) report ongoing symptoms at that stage. Similarly, even where liability is admitted within the OIC portal, a claimant is not required to provide their medical report until their prognosis period has ended. At that stage, a further report may then be required.

Of course, in these instances, the claimant in question may well be playing a long game, especially with pre-medical offers for whiplash now banned. However, there are financial incentives for those that do so. For comparative purposes, a six month injury would be awarded £840, but a 19 month injury could be awarded £4,215. An injury exceeding 24 months would fall outside the tariff, likely be valued in excess of £5,000 per the Judicial College Guidelines and thus fall outside of the OIC Portal, even if the claimant is not alleging a multi-site injury.

It will be absolutely necessary for insurers to identify claims either with a prognosis period in excess of 12 months, where medical evidence has not been disclosed within 12 months (including due to a liability dispute) or finally, where a second report is being obtained following the end of the initial prognosis period. Those claims should be monitored and appropriate intelligence searches considered in order to validate or challenge the prognosis claimed.

The liability options available to a compensator/insurer on the issue of a claim in the OIC Portal include an admission of fault (whether in full or in part) but denying injury to the claimant. It is this option likely to be triggered in the event of a low speed impact claim. This response compels the insurer to set out why causation is disputed, and this will be placed before the medical expert. If the insurer still disputes causation after receipt of the medical report, then the claimant may issue proceedings. Such a claim and dispute are likely to be allocated to the fast track, as such a claim is not accounted for within the bespoke litigation procedures set out in Table 1 of the Protocol.

This indicates that low speed impact claims may be a route to both allocation to the fast track, but also the recovery of fixed recoverable costs if the claimant is successful, which may be the aim of unprincipled representatives.

There are also various exceptions to the new Protocol, such as where the party is deemed to be a ‘vulnerable road user’. This term is defined as including parties using motorcycles, bicycles, wheelchairs, mobility scooters and pedestrians. In addition, children (under 18) will be excluded from the reforms. We note with interest that those using e-scooters are not referred to within the definition of vulnerable road user, and we expect that this definition may be amended if the use of e-scooters becomes widespread.

Claims involving vulnerable users would be handled in line with the existing Pre-Action Protocol for Low Value Personal Injury Claims in Road Traffic Accident (provided that the claim would ordinarily fall within that protocol). This exception prompts the question whether there will be a move by unscrupulous parties in pursuing claims either from bogus passengers who are children from both genuine and staged accidents.

Similarly, organised fraudsters may look to bring staged or induced collisions involving motorcycles, bicycles and pedestrians. Of course, attempts to bring about such collisions carry a significant risk given the physical jeopardy to the pedestrian or cyclist, and it would be surprising if claims of this nature became commonplace but certainly something for insurers to be mindful and to look out for in their new claims analysis.

We have previously raised the prospect of the whiplash reforms driving fraud into other casualty lines given this would now appear a more lucrative area for fraudsters to target. Of course, these concerns remain, and it is imperative that hard-learned lessons from the motor arena are translated (as far as is possible) with urgency to other casualty insurance lines.

Whilst the Government has indicated that plans to increase the small claims track limit for liability claims to £2,000 have not been abandoned, there is no timescale for such a change.

In considering the type of speculative liability claims which might be pursued, we expect that some employers may be forced to de-emphasise health and safety measures in the workplace due to financial pressure in the coming months, and fraudulent claimants may seek to take advantage of that lack of focus. Similarly, public sector austerity will likely be implemented in the coming years, with pothole repair funds already identified as a source of cutbacks. 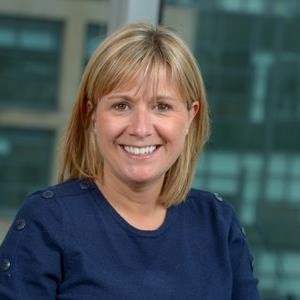