We have recently seen a rise in medical malpractice claims in South Africa, where the State has called for the development of common law, namely to allow for payment of future expenses as and when the need arises, or by means of future provision of actual medical services. In this article, we look at a recent judgment by the Constitutional Court, examining the legal process involved, the method of compensation issue, and what this could mean for the enforcement of medical malpractice claims going forward.

South African Courts are under a general obligation to develop common law by applying constitutional values as mandated by section 173[1] of South Africa’s Constitution[2].

In the recent judgment of Member of the Executive Council for Health, Gauteng Provincial Government v PN[3] (“PN”), the Constitutional Court was called upon to consider whether an order that a defendant must pay to the plaintiff 100% of the plaintiff’s agreed or proven damages renders the manner of compensation res judicata[4]. In other words does the term “to pay” in terms of a court order limit compensation to a lump sum monetary payment, or could this include payment of future expenses as and when the need arises, or by means of future provision of actual medical services?

History of the Litigation

The legal process followed to bring the matter before the court is of some importance in understanding the need for the Constitutional Court to consider the issue.

The matter concerns a claim for damages in excess of R32 million against the applicant, the Member of the Executive Council for Health, Gauteng, instituted by Ms PN, the respondent. Ms PN’s child had been born with cerebral palsy as an alleged consequence of the negligent actions of the applicant’s nursing staff. In the court of first instance, Moshidi J confirmed an order in accordance with an agreement between the parties to separate the liability and quantum aspects of the claim, with quantum to be determined at a later stage. The agreement further read that that the applicant was obliged to “pay to” the respondent “100% of her agreed or proven damages”.

Such development would see the common law rule that delictual damages be paid in money being developed to allow for compensation in kind where the defendant establishes that medical services of the same or higher standard will be available to the plaintiff in future in the public healthcare system at no or lesser costs than in the private sector (the so-called “public healthcare defence”), or to allow for an undertaking to pay for medical services or supplies that cannot be provided in the public healthcare sector only when they arise in the future (the so-called “undertaking to pay defence”).

The issue of liability having been disposed of before Moshidi J, the parties proceeded to litigate on the issue of quantum. In light of the Constitutional Court’s remakes in DZ, the applicant amended its plea to raise such defences in the PN claim.

The parties argued whether the defences raised by the applicant were valid before Van der Linde J in the High Court. The respondent (Ms PN) argued that the present case did not warrant the development of common law on the basis that Moshidi  J’s order had already dealt with the manner of execution of payment. To Ms PN’s mind, the agreement that the applicant would pay to the respondent her proven or agreed damages bound it to payment in one lump sum sounding in money (in accordance with the once-and-for-all rule). Therefore, the manner of compensation was res judicata.

On appeal, the Supreme Court of Appeal overturned Judge van der Linde’s finding, holding the view that that the words “to pay” also addressed the manner of payment, which was payment in money, and in one lump sum.

Judgment in the Constitutional Court

On appeal from the Supreme Court of Appeal, the Constitutional Court held that in context, there was nothing magical about the use of the word “pay”. It held that Moshidi J’s order did not dispose of the method of compensation. To hold that, it did would stretch the ordinary meaning of the words read in their proper context.

The judgment in PN has opened the door for the State to pursue compensation in kind. This argument will receive increasing attention in our courts in claims against the State pursuant to alleged medical malpractice. It appears that it is only a matter of time before the Constitutional Court will be called upon to pronounce on whether an award upholding the “public healthcare defence” should be upheld, which has the potential to result in a significant change of the landscape for claims of this nature.

[1]“ The Constitutional Court, the Supreme Court of Appeal and the High Court of South Africa each has the inherent power to protect and regulate their own process, and to develop the common law, taking into account the interests of justice.” 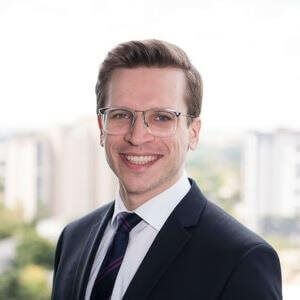 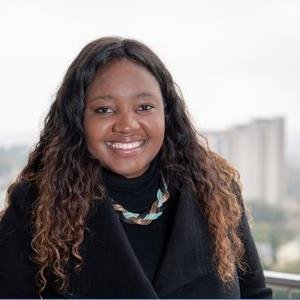 Directors beware of obligations and liabilities under POPIA

Directors beware of obligations and liabilities under POPIA

12 February 2021
Is my surveyor’s report privileged? Unpacking what constitutes "privilege" in South Africa