Update on the English law position regarding inducement

In the recent case of Zurich Insurance PLC v Niramax Group Ltd[1] the English Court of Appeal dismissed an insurer’s appeal regarding the non-disclosure of material information claimed to have induced the underwriters into renewing the policy.

The insured (Niramax) was a company specialising in waste management services in England. Its property insurer (Millennium) had required certain risk mitigation / management measures to be effected at its premises / buildings because the insured had not complied with those, the property insurer imposed a self-insured retention (35% of any loss) and deductible (GBP 250,000 of any loss). Zurich insured the mobile plant. At renewal in December 2014, the insured had failed to disclose to Zurich the property insurer’s required risk management measures and the special terms imposed on its property insurance. It was accepted by the first instance judge that this information was material in Zurich’s underwriting decision. The judge, however, found that the non-disclosure had not induced the underwriter to write the policy.

The only issue on appeal was whether Zurich’s underwriters had been induced by the non-disclosure. Insurers’ argument was not that the policy would have been written on different terms had the disclosure been made; but that it would not have written the policy at all. The first instance judge had dismissed this argument and held that the policy would have still be written, but accepted that a higher premium would likely have been charged due to internal initial errors in pricing the risk, rather than because of the non-disclosure itself.

The Court of Appeal upheld the first instance decision.

Zurich argued that the correct standard was the ‘but for’ test and argued that ‘but for’ the non-disclosure, the policy would not have been written. The Court of Appeal disagreed with this, citing and following the judgment of Clarke LJ in Assitalia v Arig, which highlighted the following principles relevant to the question of inducement in non-disclosure / misrepresentation cases:

Within Clarke LJ’s judgment, there is also reference to the ‘but for’ test, which Zurich held was the relevant test.

The Court of Appeal disagreed with this argument, holding that the relevant causation test is whether the non-disclosure was the efficient cause. The Court noted that the terms “effective cause” and “efficient cause” were materially similar in this instance, but opted to use the latter following the Supreme Court’s language in its judgment in the U.K. FCA test case regarding business interruption losses.

Applying the above test to the facts, the Court of Appeal held that the first instance judge was not wrong in concluding that the underwriters had not been induced to write the policy.

There was evidence that had the non-disclosed information been provided to Zurich, then higher premium would likely have been charged, but the first instance judge found that this would have been a likely reaction to an error in the junior underwriter’s initial pricing and not because of the non-disclosure.

From the judgments (first instance and Court of Appeal), there seems to be an acceptance that because this policy was written on a formulaic streamlined process, based on only three sets of criteria / data: (1) the sum insured amount; (2) the nature of the trade; and (3) the claims history, had the property insurer’s risk management measures and special terms been known, there was no evidence that this would have affected the pricing model using the only three criteria. This criteria was found by both courts not to take into account an insured’s attitude to risk (which was what the undisclosed information was held to go to).

The case is a good reminder of the English law position prior to the Insurance Act 2015 taking effect (for contracts entered into from 12 August 2016) and which remains the legal position in a number of common law countries, including Singapore (although revisions to the law in this regard, similar to those in the Insurance Act 2015, have been proposed).

The non-disclosure must be the efficient / effective cause of the underwriter’s inducement to enter into the contract. The Court of Appeal’s use of the word “efficient” flows from the Supreme Court’s decision and use of language in the FCA test case to describe the proximate cause test; it will be interesting to see if the English courts will start to prefer this phrase (over “effective” cause) going forward. Ultimately, not much appears to turn on the difference in phraseology.

The U.K. Supreme Court in Burnett or Grant v International Insurance Company of Hanover Ltd[2] had to interpret the term “deliberate acts” in a typical exclusion in a public liability policy.

The Claimant’s husband was killed following an assault on him by a nightclub door steward (the 1st Defendant) employed by the 2nd Defendant. It was not disputed that the 1st Defendant had not intended to cause the death or any serious injury of the Claimant’s husband. The 2nd Defendant was insured under a public liability policy issued by IICH (the 4th Defendant) which covered, amongst other things, liability arising out of accidental injury. “Injury” was defined in the policy as bodily injury, death, illness, disease or shock causing bodily injury. Relevantly, the policy excluded liability for injury arising out of “deliberate acts” of employees (the “Exclusion”).

The first instance Scottish court held that the Exclusion applies only when the outcome giving rising to the liability (i.e. death in this instance) was the intended objective, and because there was no such intention, the Exclusion did not apply. That finding was upheld on the first appeal, with the court ruling that “deliberate acts” included only acts by the insured with the deliberate intention of bringing about a particular objective, notably the creation of liabilities for losses covered by the policy. For the Exclusion to apply, the 1st Defendant / employee must have deliberately intended to cause the death of, or at least serious injury to, the deceased. That was found not to be the case and the Exclusion did not apply.

Insurers’ position (and on appeal) was that “deliberate acts” means actions which are intended to cause injury, or acts which are carried out recklessly as to whether they will cause injury; it was unnecessary to establish that the ultimate injury was what was intended.

Regarding the interpretation of “deliberate acts”, the Supreme Court agreed with insurers’ interpretation and found that “deliberate acts” means acts which are intended to cause injury (but not necessarily the specific injury ultimately sustained i.e. death). This was because, amongst other things, the policy did not distinguish between different kinds of injury, so one did not need to prove what particular injury was actually intended for the purpose of the Exclusion; an intention to injure in whatever way was sufficient. The Supreme Court rejected insurers’ argument that recklessness was sufficient to trigger the Exclusion: the elements of “recklessness” and an “intention to injure” are different.

Although the Supreme Court accepted insurers’ argument regarding the definition of “deliberate acts”, the Court ruled that insurers were unable to establish that the 1st Defendant (the door steward) had intended to injure the Claimant’s husband. The 1st Defendant’s actions had been held by a separate criminal court to have been “badly executed, not badly motivated”, which the Supreme Court, in addition to there being no express or implied finding on intention, ruled was inconsistent with there being an intention injure.

From 1 February 2021, most of the recent amendments to Singapore’s Personal Data Protection (Amendment) Act 2020 are in force. The amendments update Singapore's regulatory framework and seek to balance economic needs with the protection of consumers' data rights. Our full article can be found here.

The amendments introduce, amongst other things, a mandatory breach notification regime. Organisations must notify the Personal Data Protection Commission (PDPC) of significant scale data breaches, which occur on or after 1 February 2021. A significant scale breach is one that affects or is likely to affect 500 or more people. Organisations must also notify both the PDPC and affected individuals when a data breach (again, on or after 1 February) results in or is likely to result in significant harm to individuals. This includes a combination of personal data and, often, financial, health or other sensitive data. Schedules to the Personal Data Protection (Notification of Data Breaches) Regulations 2021 stipulate the categories / types of data likely to result in significant harm.

We expect that the amendments are likely to raise the demand for cyber insurance in Singapore. The combination of the PDPC's enforcement approach, mandatory breach notification and significant increase in the maximum fine amounts (up to SGD 1 million or 10% of annual turnover in Singapore, whichever is higher) means that we are likely to see an increase in the number of investigations and higher fines, which might prompt organisations to consider their insurance cover in this regard. Other countries in Southeast Asia are also introducing new or modified data protection laws.

We will be hosting regional webinars with updates on data protection laws and breach notification. Please click here and here for more information and to register. Alternatively, please contact us at events.asia@clydeco.com. 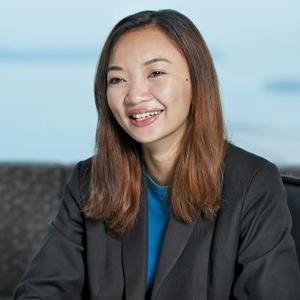