Think Recoveries: Will the advent of green technology and ‘drone’ ships mean a re-think on recoveries?

In this Think Recoveries series, we have looked at the key considerations which should be taken into account when pursuing cargo recovery claims.  In this article, we consider some of the potential ways in which cargo claims may be impacted by the advent of new technologies such as green energy sources and automation in shipping and the marine sector.

Shipping accounts for the carriage of some 90% of all international trade globally.  Despite being a comparatively carbon-efficient means of transportation, the huge scale of the industry makes its carbon footprint the ‘elephant in the room’.  Shipping is currently responsible for 2 to 3% of global CO2 emissions - approximately the same level of emissions as Germany.

The UK Government’s ‘Clean Maritime Plan’ aims for zero emission shipping to be “commonplace” by 2050 and that all new ship orders by 2025 should be capable of delivering zero emission propulsion1.

It is clear that the trend to 'go green' is only going one way and this has already led to some interesting technological innovations.

Innovative vessel designs with inflatable wing sails and hard sails (which look like aeroplane wings rising vertically from a ship’s deck) or rigid sails which can harness both solar and wind power, to Flettner rotor sails resembling smokestacks which use the Magnus effect2 to propel the vessel forward have been developed (as pictured in use by the “MAERSK PELICAN” above). Even sail-assist kites or ‘sky sails’ (devices akin to hang-gliders launched from the bow of the ship to reduce the burden on the vessel’s engine and reduce fuel consumption), have been deployed already, with the “BELUGA SKYSAILS” being the first cargo ship using this technology for partial wind-propulsion. The proliferation of novel methods of propulsion will increase as the technology develops. However, the carriers' due diligence obligations in relation to passage planning, operation and maintenance of whatever propulsion / guidance technology is employed and care for the cargo carried will remain the same.

The biggest impact on the carriage of cargo that such proliferation is likely to have may not be the nature of the 'green' technology employed but in the increased automation that will inevitably follow in tandem.

A reduced potential for human error?

It is estimated that between 75% and 96% of marine accidents, such as collisions, allisions, and groundings, involve human error3.  Increasing the degree of automation and reducing the capacity for human involvement is likely to reduce the scope for human error significantly, result in fewer accidents and therefore potentially fewer claims.

However, whilst it is likely that automation will have an increasing role in the longer term as the technology improves, most current predictions are that autonomous or semi-autonomous shipping operations would be limited to short voyages, such as from one specific port to another across a short distance4.

It seems reasonable to conclude that automation will broaden the scope of a carrier’s due diligence, such as encompassing the guidance software in place on board the vessel or the systems in place at the carrier’s shoreside operations center responsibility for any remote control of the automated vessel. As can be seen with the current debate surrounding driverless cars, significant complexities will lie in devising a suitable legal framework.

Clearly debate is going to be had, for example, over the scope of the ‘error of navigation’ or ‘mismanagement of the ship’ defences under Article IV Rule 2(a) of the Hague/Hague-Visby Rules (“the Rules”).  Would system failures or glitches in the automation software, or indeed at an emergency remote command center, render a vessel unseaworthy for the purpose of claims for breaches of a carrier’s obligation under Article III Rule 1 of the Rules?  How might one effect service of a claim or arrest a ship as security for a recovery claim if there is no-one on board?  Will the use of emergency remote command centers, which are likely to be in a different jurisdiction to the cargo and incident altogether, mean that a person responsible at that remote command center cannot be interviewed or held accountable?

There will also be an increased scope for and risk of malicious cyber-attack by perpetrators who are likely to remain anonymous. For example, the increasing automation of cargo management systems is likely to expand the application of such systems beyond loading and discharge of the cargo to a general monitoring function during the transport5.  Using internet-based technology this would provide real-time information to shoreside interested parties and even adjust certain carriage conditions for certain cargoes in order to maintain the integrity of the cargo itself.  In the same way reefer containers are temperature-controlled throughout the voyage, in future might we see similar technology used for a broader range of cargoes, such as climate control technology in respect of moisture and condensation?  The internet-based automation of these systems increases the potential for the type of cyber-attack ever more frequently inflicted upon the shipping industry to result in physical damage to the cargo being carried as well as the carriage process.

A key question in such events will be what steps were taken by the carrier to prevent and/or mitigate the effects of such an attack?

The speculative nature of this article will have raised a wry smile in certain quarters, given lawyers' propensity for attempting to predict the future with invariably dubious accuracy.

However, whatever the move to 'green' technologies and the attendant uncertainties that such technological evolution will undoubtedly entail, some things are likely to stay the same. Mechanical failure will continue to be a feature of marine casualties (whatever the actual mechanics may be) and container vessels will continue to have huge capacity and this capacity is likely to become even greater (even just with the removal of the accommodation block on autonomous container ships). Sea and weather conditions will continue to play a role in cargo loss/damage and the temperature of reefer containers will continue to be incorrectly set. Furthermore, there will still be someone programming/operating automated vessels so the potential for human error will still exist. In the event of cargo damage, the priorities from a cargo perspective will remain the same.

We are therefore confident that the articles comprising this Think Recoveries series will continue to be essential reading for cargo interests pursuing recovery claims going forward.

Considerations as to jurisdiction, key documents, burden of proof, title to sue, limitation, the contract of carriage and identifying the proper recovery target, will be as critical in the future for cargo recovery claims as they are now.

Whatever the technological changes that the new, 'green' era will herald, Clyde & Co will be on hand to assist our clients in maximising the opportunities for a successful recovery.

2 A force acting on a spinning body in a moving airstream. 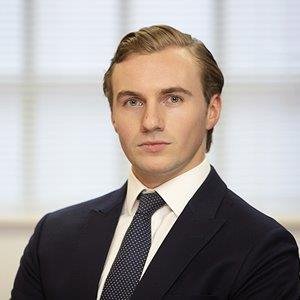