Beneath the surface of decades of licence deals in the North Sea lies an intricate web of indemnities and decommissioning security agreements. These private contractual arrangements were designed to allocate decommissioning liability between old and new participants, and to provide security for those liabilities; the backdrop to this was, of course, the Secretary of State’s wide ranging statutory powers to require past licence holders and their affiliates to secure execution of decommissioning programmes. A great many of these arrangements were drafted at a time when decommissioning seemed a far-off prospect, and are only now beginning to be taken down from the shelf, dusted off, and consulted (with some trepidation).

The recent case of Apache UK Investments Limited v Esso E&P UK Limited  is sure to result in greater scrutiny of those arrangements, by current and previous licensees alike. It provides legal clarity on an aspect of the regime where there has been some uncertainty in the industry and which has significant practical and commercial implications.

On one level, the result in the case is simply the consequence of applying the express terms of the statutory regime for decommissioning of offshore installations as set out in Part IV of the Petroleum Act 1998 – the ultimate effect being that a company and its affiliates will not be liable for the decommissioning of installations that were neither in place nor intended on its watch.

This consequence follows from the drawing together of a number of threads.

Firstly, the primary obligation to secure the execution of an approved decommissioning programme falls upon all those who submit the programme to the SoS (section 36).

Secondly, the prior obligation to submit the programme to the SoS falls upon those who have been served with a notice requiring them to do so pursuant to section 29 (a ‘section 29 notice’).

Thirdly, regardless of who can be given with a section 29 notice (which is a whole question in itself), it is important to appreciate (and this point underpinned the result in the case) that section 29 notices are not served in a vacuum – they have a subject matter and they must be served in respect of “an offshore installation”[1].

Pausing there, that is, practically-speaking, an important point for those engaged in assessing and quantifying decommissioning liabilities or allocating decommissioning liabilities between past and present participants, or (as in the Apache case) calculating the appropriate security to support such liabilities. It is a point that is easily overlooked as the language of section 29 notices themselves is typically wide, generalised, and contains nothing that draws attention specifically to this important restriction. The section 29 notices in the Apache case were in just such sweeping terms: “All subsea equipment including wells, protection structures and manifolds associated with the Nevis field”.  Working with a notice expressed in such terms, without a conscious appreciation that the notice can only cover offshore installations that are existing or intended at the time it was given, creates a real risk of wrongly enlarging the scope of the decommissioning obligation or the security obligation.

The restriction on the coverage of section 29 notices set out above was part of the argument in the Apache case, although the position there was more complicated because it concerned the potential liability of an affiliate that had never been named on any section 29 notice. Such a liability can in principle arise pursuant to section 34(1), which is a provision allowing the SoS, after s/he has approved an abandonment programme, to direct that parties other than the submitting parties are also liable to secure its execution. However, this liability can only be imposed upon a party that (i) falls within paragraphs (a) to (e) of sub section 30(1), or (ii) has fallen within one of those paragraphs at any time since the giving of the first notice under section 29(1) in relation to the relevant installation[2]. Put in other words, the SoS can only extend the liability to a party to whom, either now or at some point in the past, s/he would be/have been entitled to give a section 29 notice.

In the Apache case there was a mismatch between the time at which the section 29 notices were given, the requirements of section 30(1)(e), and the construction of the relevant installations which meant that there was no exposure for EEPUK, and hence Apache was not contractually obliged to provide security in relation to the installations. The chronology here is important. The relevant section 29 notices were all served prior to 2006. The notices were given to licensees of the Nevis and Buckland fields. One of the licensees served with the section 29 notices was Mobil North Sea Limited (‘MNSL’). At that time, EEPUK was an affiliate of MNSL. Later, in 2011, MNSL was sold to Apache, and from this point onwards, EEPUK was no longer affiliated with MNSL. It was only later still, from 2015 onwards, that wells were drilled and the relevant installations added.  EEPUK’s argument that it had exposure under section 34(1) through its previous affiliation with MNSL required it to fall

“within paragraph… (e) of section 30(1)… at some time since the giving of the first notice under section 29(1) in relation to the installation”[3].

There were two problems with this. Firstly, “paragraph (e) of section 30(1)” required EEPUK to be an affiliate of a company itself falling within paragraphs (a) to (d) of section 30, each of which contemplated the contemporaneous existence (or intended existence) of the relevant installation. With no overlap between the period of its affiliation to MNSL (which ended in 2011), and the existence (or intended existence) of the relevant installations (2015 onwards), EEPUK could not demonstrate this. Secondly, the requirement is that paragraph (e) of section 30(1) is satisfied at any point in time “since the giving of the first notice under section 29(1) in relation to the installation”; this too was a problem because, as noted in this article above, notices given before 2006 cannot be capable of relating to installations that neither existed nor were contemplated at that time, but were only put in place from 2015 onwards.

Statute versus practical administration of the statutory scheme

Part of the historic uncertainty in this area may have stemmed from parties focusing too closely on the practical administrative procedures adopted by the regulator to give effect to the statutory scheme, rather than the terms of the statute.

Although section 29 notices impose an obligation to submit a decommissioning program, in practice the notices are typically served many years, indeed many decades, before it is contemplated that decommissioning will take place, and hence, many years before the SoS calls for the actual submission of the decommissioning programme. This makes sense – under the statutory scheme the earlier the notice is served, the broader the cohort of parties against whom the SoS has potential recourse.  In line with this imperative to give notice as early as possible (but consistent with the requirement that the installation in respect of which it is given must exist or be intended), the administrative procedure which leads to the SoS giving a section 29 notice starts with the ‘Field Development Plan’. When an operator proposes a new field development it will submit a Field Development Plan in relation to the specific field. Typically, that plan will propose a number of wells, installations, pipelines and other infrastructure. Assuming approval of the plan, and usually shortly after construction has commenced, OPRED will serve a Facilities Information Request[4] (“FIR”), seeking specific information about the installation and pipelines that are being constructed. With the benefit of that information, OPRED will notify the interested parties that it is minded to give them a section 29 notice. Following this ‘warning letter’, and subject to an opportunity to make representations, they will then usually be given a section 29 notice. So far, so good.

However, although the statutory scheme contemplates that a section 29 notice is to be given in respect of an installation (which of course includes an intended installation) there is nothing in the statutory scheme that, per se, prevents a single notice referring to multiple installations. This, and a need for administrative convenience and efficiency, means that the regulator’s practice has been to give a single notice covering a number of installations related to the field that was the subject of the FDP and then the FIR request. The format is that the section 29 notice comes with two schedules – Schedule I details the persons to whom the notice is being given, and Schedule II identifies the installations in respect of which it is being given. Schedule II itself contains a table with a column identifying the field and the facilities intended to be covered by the notice, and a description of the installations. As noted above, the installations are typically described not by specific reference to the installations and pipelines over which approval has been given under the FDP, but rather in broad, generic terms and identified by reference to their association with the field. This gives the impression, at least linguistically, that the notice is being served in respect of the field.

In the Apache case, the regulator’s approach was probably the source of EEPUK’s contentions as to what constituted an “offshore installation”. EEPUK argued that either (1) the entire field could be considered an “offshore installation”, or alternatively, (2) the Beryl A platform was the “offshore installation” and the later emplaced facilities were just accretions to that installation. The first argument was rejected on the basis that linguistically a field “is not naturally an expression suitable to be an ‘offshore installation’”, but the fact that the point was argued at all by EEPUK may have been prompted by the regulator’s practice, as noted above, of serving a single section 29 notice by reference to everything contained within an entire field.  Similarly, EEPUK sought to support its second argument (which was also rejected) by reference to paragraph 3.20 of OPRED’s 2018 Guidance Notes[5]. Whilst this paragraph refers to the fact that a party relinquishing its interest in a field would nonetheless “be liable for any new equipment added to an installation already covered by their existing notice”, it seems likely that this particular part of the guidance is directed to a situation where, perhaps in the case of significant installations such as fixed platforms, additional equipment is added over time, for example to facilitate the reception of fluids from other fields. Even so, yet again, the point still needs to be made that whilst this guidance may represent the view taken by the regulator, it does not follow that it necessarily reflects the statutory scheme and hence the law. Going forward, parties may be more willing to question OPRED’s guidance than to treat it as an authoritative exegesis of the statutory scheme. For example, in the extract above from the guidance, the proper view of the “new equipment added to an installation” may, on the facts of a particular case, be that it constitutes an “installation” in its own right – notwithstanding that it is mounted upon another installation.

If there is an overarching takeaway from the Apache case, it is that parties should familiarize themselves with the detail of the Act, and the terms of any contractual decommissioning obligations or decommissioning security liabilities they may have assumed, and when interpreting them together should take an inquisitive and questioning approach, rather than relying upon received wisdom or regulator practice and procedure.

[1] Similar provision is made in respect of submarine pipelines, although in this article we focus on and refer only to installations.

[4] The terms ‘facility’ is used by OPRED to refer to installations or pipelines. 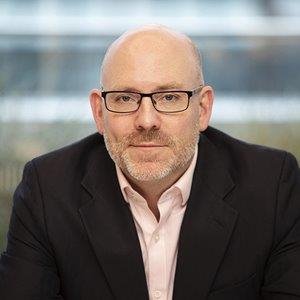