A recent decision by the Court of Appeal provides a useful reminder for practitioners, and a cautionary tale for claimants, of the approach the Court will take to identifying the date a cause of action in tort accrues for the purposes of limitation defences to claims in negligence.

A stitch in time…

The Court of Appeal’s recent decision in Elliott v Hattens [2021] EWCA Civ 720 provides a useful reminder for practitioners, and a cautionary tale for claimants, of the approach the Court will take to identifying the date a cause of action in tort accrues for the purposes of limitation defences to claims in negligence.

The facts of the decision are relatively straightforward. The Claimant (C) instructed the Defendant (D), a firm of solicitors, to prepare a lease in her favour out of the freehold of a property owned by her husband. The Defendant was also instructed to prepare a sub-lease in favour of her tenant (T). It was intended that T’s parents would be named as parties to the sub-lease and provide guarantees, while the lease and sub-lease also contained covenants on C to insure the property.

The lease and sub-lease were executed in February 2012 but the property was destroyed by a fire in November 2012. C had not insured the property.  D had failed to advise C to insure as required by the leases and D had also failed to include T’s parents as parties to the sub-lease or to ensure that they gave the requisite guarantees. C issued proceedings against D in April 2018, seeking damages in negligence in respect of the cost of rebuilding the property and loss of rent. D accepted that it had acted in breach of duty in light of the failings above.  However, D said the claim was time-barred under s.2 Limitation Act 1980 as proceedings were issued more than six years after the execution of the leases, at which time it said the cause of action accrued.   C countered that the cause of action did not accrue until after the fire and thus that the action was in time.

A preliminary issue trial on limitation found in favour of C, on the basis that her cause of action did not accrue until after the fire.   The Judge held that prior to this, her loss was “purely contingent” per Law Society v Sephton & Co [2006] UKHL 22 and the lower value of the lease she acquired at the time of the transaction (with the sub-lease unsupported by a guarantee and C in breach of her own covenant to insure) did not in itself amount to actionable damage in circumstances where C did not wish to assign the lease.   Rather, it was only when C suffered actual loss or damage (in the form of the impact of the lack of insurance cover and loss of rent following the fire) that the cause of action accrued.  However, that first instance decision was overturned by the Court of Appeal in May 2021 in a unanimous judgment.

Lord Justice Newey, giving the leading judgment, noted that “With the tort of negligence, damage is an essential ingredient of the cause of action. The availability of a limitation defence will thus depend on when the negligence first caused actionable damage. The question before the Court of Appeal was therefore when “actionable damage” had first been caused by D’s negligence.

In this case “objectively, what [C] received from the transaction was significantly inferior to what she should have received. The reversion to an underlease with the benefit of [T]'s parents as guarantors would plainly have been of measurably greater value than that to the unguaranteed underlease which Hattens' negligence led Mrs Elliott to grant.”  So, C’s position that she did not intend to sell or assign the lease was irrelevant - she suffered actionable damage on entry into the transaction, time started to run at that point and the proceedings were therefore out of time.

Newey LJ considered (obiter) whether the limitation position was any different as regards D’s failure to advise C to insure as opposed to its failure to secure the guarantees (on the basis that the former could have been remedied up until the time of the fire, and for the same price and that C’s husband would not have forfeited the lease in the interim).  He concluded that it was not.  The lack of advice put C in breach of her obligations and at a risk of forfeiture and attendant expense which on the (lack of) evidence could not be discounted.

In the course of his analysis he appeared to approve the distinction in previous case law between:

Phrased in this way, the distinction between the two is not entirely obvious.  Further, while aligning the lack of insurance advice with the second category, Newey LJ ultimately applied the same test he applied to the lack of guarantee – observing that the value of C’s lease at the date of its grant must have been measurably less given that she was in breach of her insurance requirements.   On this basis he concluded that this element of the claim was likewise time-barred.

This decision highlights the uncertainty that exists regarding the interpretation of section 2 of the Limitation Act, and of how “damage” will be construed in that context. The approach of the courts is likely to be highly fact-sensitive, although this case does send a clear message that there is a very real risk of limitation starting to run as soon as a claimant has acquired rights which are in any way inferior to those anticipated, as a result of the negligence alleged. In cases involving transactions, this will invariably be the date of the transaction itself - as it was here, notwithstanding that C had no intention of doing anything to realise the lower value of the lease acquired and it was not clear that C would ever need to call on the guarantees or the insurance D had failed to secure.

It should therefore be seen as a reminder of the need for extreme caution when considering the effect of limitation, and of the need for Claimants to avoid leaving claims to the last minute. The Supreme Court’s recent decision in Matthew v Sedman [2021] UKSC 19 further emphasises that lesson.  It concerned the position where the time for doing an act expired on the stroke of midnight and therefore causes of action for failure to do so accrued at that point.  The Supreme Court held (as an exception to the general rule that the day on which a cause of action accrues is to be excluded for limitation purposes) that the day immediately following should be included in the calculation of the  limitation period – which meant here that the claim was out of time.

Both of these cases are a salutary reminder to claimants of the danger of running any risks on limitation – and to defendants of the benefits of taking a limitation defence. 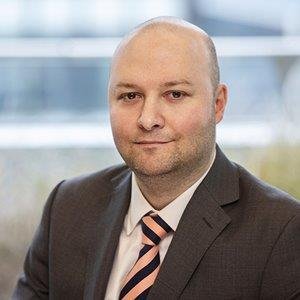