Gridlock in Australia – will the renewables projects find a workaround?

On an international scale, renewable energy is the fastest growing energy-source, with increased investment, developing technologies and the transition of many social and regulatory positions to thank for this expansion.

The rapid pace of development however has raised new challenges for renewable energy project construction and integration, with policy and regulatory adjustments, market developments and connection, and storage issues creating delays for mass renewable deployment.(1) Whilst over 4.5 GW of renewable infrastructure is currently positioned to be integrated into the Australian power grid, the insufficient number of available transmission lines, grid bottlenecks and continuing uncertainty over national/ State policy have all contributed to the industry’s financial volatility.

The renewable energy insurance market has correspondingly hardened, with many insurers ceasing to underwrite specific sectors or exiting the market completely. Business interruption, legislation change, new technologies (and the development of these outpacing infrastructure development) and natural catastrophes have all been cited as the top risks for insurers in the sector.

The key issue for Australia's grid is the lack of connection infrastructure and inability of the transmission network to accommodate the new levels of renewable energy output. Guaranteeing the storage of the output is also problematic.

Australia's grid connection network is physically very long and very thin, which creates capacity difficulties when attempting to integrate both developing and new solar/ wind farms. The existing transmission lines were not designed to store and transport mass electricity from large-scale renewable farms. Transmission lines are also generally located in areas traditionally associated with fossil-fuel electricity generation sites and are therefore a long way from the renewables sites. Most regions that possess ideal weather conditions are located in more isolated and inland locations, such that much of the generated renewable energy is lost and is unable to reach urban centres. Developers then face insurance placement complications where they are unable to accurately predict revenue generation (which is dependent upon minimising transmission losses).

AUD 1 billion has been estimated to have been taken away from the value of solar and wind assets in Australia over the past few years due to the issues associated with the national grid.(2) Australia's estimated average transmission losses are valued at 5%, however those projects in regional or more remote areas can experience losses up to 20-25%.(3) Growing concern over the instability of the grid, as well as a lack of direction in federal energy policy has resulted in investments and investor confidence falling dramatically over the past two years.

Grid connection issues and delays in practical completion of sites bring about a multitude of insurance-related issues. Before entering full commercial operations, the Australian Energy Market Operator (AEMO) must sign-off and approve all facilities with various final testing and certification requirements. To prevent overloading and the potential collapse of the grid, AEMO has in recent years gone a step further and instructed several solar and wind projects to reduce or cease operations. Where AEMO sign-off is not obtained (i.e. should AEMO have concerns regarding grid capacity once a site begins to generate), project operation will be delayed. Insureds may attempt to claim for such delay on their policies and/or require several policy extensions.

In an attempt to address these bottlenecks, AEMO has created a new engineering framework, with the intent to update it every two years. The 2020 Integrated System Plan (ISP), is a twenty-year blueprint that intends to maximise consumer benefits and deliver broader policy developments during this transitional period(4) The Australian Energy Market Commission (AEMC) has also proposed new technical connection standards in an attempt to co-ordinate connections to the grid and distribute the costs associated with strengthening the system. These new standards aim to manage the new projects joining the grid, requiring operators and projects to demonstrate the capacity to continue operations even during times of poor weather and low strength conditions.(5)

While Insurers have been right to question the viability of the renewable energy projects and their underwriting potential, the future is looking brighter. Both AEMO and AEMC’s plans to better manage grid capacity are encouraging, and the market should not be dismissed quite yet. The future is green from every angle, and Insurers should work with their clients to reach compromise underwriting positions to ensure they remain well-placed during the ongoing energy transition. 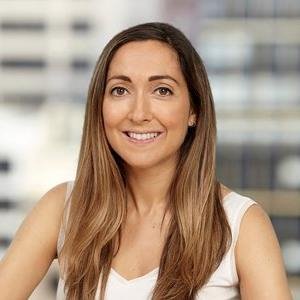