The Lacrosse decision and its wide reaching implications’

The Victorian Court of Appeal has delivered its eagerly awaited decision in the Lacrosse Tower Fire appeal. The Court allowed one ground of appeal that was raised by the building surveyor but dismissed all other proposed grounds of appeal. In a subsequent decision the Court reduced the building surveyor’s liability from 33% to 30% and increased the fire engineer’s liability from 39% to 42% The Court’s determination has wide ranging implications, not just in the building and construction industry but for professional negligence claims generally. The appeal considered a range of issues including the interpretation of the Building Code of Australia, the standard of care for various professionals in ACP claims, apportionment under Part IVAA of the Wrongs Act 1958 and the peer professional opinion defence. In this article Clyde & Co partner Mark Attard and Sarah Metcalfe, Special Counsel consider the implications of this case.

On 24 November 2014 a fire broke out at Lacrosse apartment buildings in Docklands, Melbourne. The fire quickly spread through the external cladding of the building. The cladding used in construction was an aluminum composite panel (ACP) with a 100% polyethylene core, known as Alucobest. The damage caused to the building was extensive with claimed losses exceeding $12 million.

In 2016 the building’s owners commenced proceedings at the Victorian Civil and Administrative Tribunal against the builder LU Simon, alleging that the builder had breached its statutory warranties by supplying ACPs that were not compliant with e Building Code. The builder subsequently joined various project consultants involved in the project, the architect, the fire engineer, and the building surveyor, together with occupants of the unit where the fire started.

On 29 February 2019 following a lengthy hearing, the Tribunal delivered its judgement. The trial judge found:

Each of the consultants sought leave to appeal the Tribunal’s decision. There were 11 issues before the Court Appeal, however the primary issues in dispute were as follows:

One of the issues in dispute, which was not a key issue, was whether the Building Surveyor’s failure to identify and remedy an omission in one of the Fire Engineers’ Report was causative of any loss. As this was the only successful ground of appeal, we touch on it briefly below.

In the case before the Tribunal the Applicants only relied on the warranties set out in ss 8(b), (c) and (f) of the DBC Act being those warranties that did not involve a requirement for the builder to act with reasonable care. The Tribunal determined that LU Simon's construction of the Lacrosse building using non-compliant ACPs was clearly an error – which error had given rise to a breach of the statutory warranties by LU Simon under the DBC Act. The Tribunal found that despite any breach of its obligations to comply with the BCA, LU Simon had not have failed to take reasonable care.

It was contended by the architect and the fire engineer at the appeal that the Tribunal erred in finding that LU Simon failed to take reasonable care in the selection of Alucobest. Section 16 of the Building Act requires a builder to ensure that work is carried out in accordance with legislation and regulations. The fire engineer submitted that the Tribunal failed to consider whether LU Simon's breach of s 16 of the Building Act arose from a failure to take reasonable care. The evidence established that LU Simon had selected Alucobest without consulting any of the consultant parties or anyone else.

What does this mean for insurers? The Tribunal's findings stand. In this situation, a tier 1 or tier 2 builder engaged under a design and construct contract, can pass through its liability by engaging consultants under a novated contract arrangement. In this situation, the insured consultants and their insurers are left to pay the hefty damages bill including the costs of replacing non-compliant ACP cladding.

In the case before the Tribunal, the Applicants argued only a breach by ss 8(b), (c) and (f) of the DBC Act.  Importantly the Applicants did not make any allegations that LU Simon had failed to take reasonable care. The architect and fire engineer submitted that the Tribunal erred in determining that because the builder did not fail to take reasonable care, the Owners' claim was not apportionable. The architect submitted that in determining whether Part IVAA of the Wrongs Act applies (pursuant to s 24AF), the Tribunal must consider the applicants' claim for loss and damage (not the legal cause of action as contended by the Applicants and LU Simon). If the loss and damage arises from the failure of one party to take reasonable care, Part IVAA applies and any party that caused the loss or damage that is the subject of the claim is a concurrent wrongdoer (s24AH). This analysis must take place after the evidence has been heard and findings of fact have been made. It was contended that because the Applicants' loss and damage (which included both property damage from the fire and economic loss including the costs of replacing the non-compliant cladding) arose from the failures of the consultants to take reasonable care, LU Simon was also a concurrent wrongdoer because its breaches of warranties also caused the loss and damage the subject of the claim.

The Tribunal's interpretation of the Building Code of Australia (‘the BCA’)

A key argument made by the Building Surveyor before the Tribunal and one that is being made by Building Surveyors in cladding disputes around the country is that clause C1.12(f) of the Building Code permitted the use of Aluminium Composite Panels with a 100% polyethylene core. The key aspect of the argument is that in the case of ACPs, the use of the word 'laminate' in C1.12(f)(i) refers to the outer aluminum layers only, and not the (combustible) polyethylene core. The Tribunal rejected this argument and the Court of Appeal held that the Tribunal's reasoning was sound.

This issue (subject to any appeal for leave to the High Court of Australia) has now been finally determined, at least in Victoria. The Court of Appeal determined that ACPs did not fall within the exemptions set out in clause C1.12 of the Building Code.

In the proceeding before the Tribunal, the Building Surveyor relied on s 59 of the Wrongs Act. Section 59 provides a defence to a professional to a claim of negligence if it is established that the professional acted in a manner that was widely accepted in Australia by a significant number of respected practitioners in the field as competent professional practice (s 59(1)). However the peer professional opinion cannot be relied on to defend a claim in negligence if the Court determines that the opinion is unreasonable (s59(2)). The Building Surveyor satisfied the Tribunal in respect of the relevant practice which was determined to be: the issuing of building permits for the use of ACPs such as Alucobond with a polyethylene core and with a certificate under AS1530.3 on external walls not having an FRL in high-rise buildings of type A construction, relying on BCA C1.12(f)' [235(b)]. However, the Tribunal found that this did not give rise to a defence because the practice was unreasonable. In particular the Tribunal determined 'there was no evidence of any of the experts having subjected the relevant practice to robust scrutiny of the kind discussed by Lord Browne-Wilkinson in Bolitho and perhaps for this reason, it does not withstand logical analysis' [391]. The Court of Appeal upheld the Tribunal's decision in this regard.

The Court of Appeal confirmed that question whether an opinion is unreasonable is a question of fact. The Court dismissed this ground of appeal and accepted the Tribunal’s finding on this issue.

Like the C1.12(f) defence (and subject to any application to the High Court for special leave on this ground), the upholding of the Tribunal's decision on this ground will have wide reaching implications for building surveyors. The doors have now been closed on the C1.12(f) and the peer professional opinion defences for Building Surveyor's seeking to defend the issuing of building permits that permitted the use of ACPs Type A construction was required.

However, this finding ran contrary to the evidence which was that the fire engineer was already aware of the proposed use of ACPs.

If you require further information or advice on any of the matters set out in this article, please contact Mark Attard or Sarah Metcalfe. 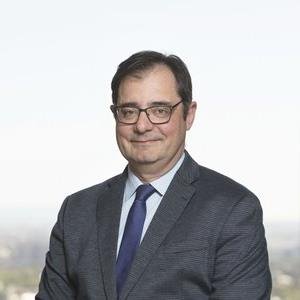 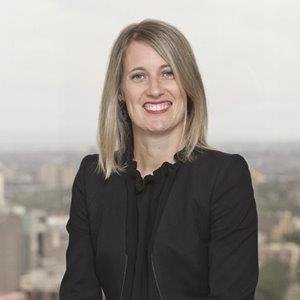