The gig economy workforce in Australia is continuing to grow and evolve at a rapid pace, particularly in the current post-pandemic environment. Online meal delivery platforms, for example, have benefited from a surge in consumer spend as a result of lockdown restrictions being imposed across various states and territories. However, correctly determining the rights and entitlements of workers remains a challenge for these gig businesses in Australia as their workers do not neatly fall within either of the binary classifications of employees or independent contractors. An incorrect classification can have a significant financial impact on an employer.

The recent decision of the Fair Work Commission (FWC) in Diego Franco v Deliveroo Australia Pty Ltd [2021] FWC 2818 sheds further light on these challenges. The FWC found that the correct characterisation of the relationship between Deliveroo and one of its food delivery drivers, Mr Franco, was that of employee and employer.

Mr Franco had entered into a number of supply agreements with Deliveroo during the period of his engagement, including on 18 April 2017, 2 October 2018 and subsequently on 9 December 2019 until the termination of his services by Deliveroo on 30 April 2020.

Interestingly, during some of the periods that Mr Franco performed services for Deliveroo, he also signed up to provide services for its competitors such as Uber Eats and Door Dash.

Mr Franco lodged an application for unfair dismissal in the FWC seeking reinstatement of “his employment” on 21 May 2020. In response to the application, Deliveroo made a jurisdictional objection arguing that Mr Franco was not entitled to unfair dismissal protections on the basis that he was an independent contractor and not an employee, and that he was not dismissed.

After careful consideration of the relevant indicia and the overall relationship between the parties, the FWC reached a firm conclusion that Mr Franco was not carrying on a trade or business of his own or on his behalf, but rather that he was working as a delivery rider for Deliveroo’s business as an employee.

In relation to Mr Franco’s unfair dismissal claim, the FWC went on to determine that there was not a valid reason for the dismissal related to Mr Franco’s capacity or conduct, and the procedure adopted by Deliveroo was unreasonable and harsh. On that basis, Mr Franco was awarded reinstatement, continuity of service and restoration of lost pay.

Unsurprisingly, Deliveroo has since lodged a notice of appeal arguing that the FWC made a legal error in determining that Mr Franco was an employee of Deliveroo. This is on the basis that the FWC did not properly apply the multi-factorial common law test, and unduly focused on whether Mr Franco was carrying on his own trade or business when coming to its determination.

Deliveroo further alleges that even if FWC’s determination that Mr Franco is an employee was correct, the FWC erred in its failure to consider whether Deliveroo had a “valid reason” for dismissal and instead assessed whether there was a “sound, defensible and well-founded” basis for the dismissal, and in ordering reinstatement in circumstances where Mr Franco was involved in a public campaign against Deliveroo.

This decision demonstrates that while classification of gig workers remains a grey area and difficult for businesses to grapple with, the FWC will closely scrutinise the arrangements put in place with a gig worker when their classification as an independent contractor is challenged. When engaging a gig worker, it is important that businesses take a multifactorial approach before classifying the worker as a contractor or an employee, and to ensure that the practical realities of the overall arrangement properly reflect the terms of the contract entered into with the worker.

Factors such as capacity to actually delegate, and the development of a contractor’s own good, have weighed heavily in these decisions – with the FWC looking at what the practical relationship is – rather than what the contract terms claim the relationship is.

Should businesses wrongly classify an employee as a contractor, they risk breaching the Fair Work Act 2009 (Cth) and being liable for underpayment of employee entitlements, as well as in this case, being ordered to reinstate the worker. It can potentially also lead to a class action for alleged underpayments. 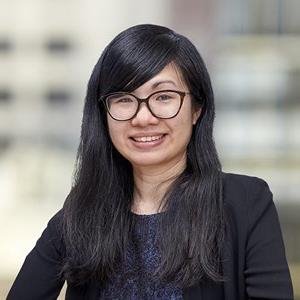