This decision will be of interest to professional indemnity insurers who operate in the medical and allied health sectors. The Federal Court upheld a claim by a surgeon who argued that his professional indemnity insurer was restrained, by reason of s40(3) of the Insurance Contracts Act, from denying indemnity under a claims made and notified policy. In a decision that considers what constitutes notification to an insurer, the Court examined whether, in light of the history of interactions between the surgeon and the Insurer, the subsequent denial of indemnity gave rise to a breach of the insurer’s duty of utmost good faith.

In Darshn v Avant Insurance Limited [2021] FCA 706, Justice Moshinsky of the Federal Court held that a professional indemnity insurer (the Insurer) was required to indemnify a surgeon who had been joined to a class action approximately 11 months after the insurer went off risk.

The surgeon held professional indemnity insurance with the Insurer for the period 27 September 2011 to 30 June 2019. The Insurer had refused indemnity on the grounds that no claim was made or notified during the policy period.

In June 2020 the surgeon and the 10 other surgeons were joined to the class action. The surgeon made a claim for indemnity on the Insurer, which was denied on the basis that the claim was not made and notified during the policy period.

The surgeon framed his claim for indemnity in respect of the class action proceeding on six alternative grounds, including that:

In finding that s40(3) was enlivened and therefore precluded the Insurer from refusing indemnity, the Court held that the Insurer was notified of the circumstances of the class action claim by virtue of the fact that two years earlier, after granting indemnity in the patient proceeding, the insurer received updates from the surgeon’s solicitors. The Court examined the correspondence sent by the solicitors to the Insurer and determined that the solicitors had provided updates which referred to the possibility of the surgeon being joined to the class action if the former patient elected not to opt out of it. The Court held that when considered collectively the correspondence constituted written notice of a potential claim in the class action.

Whilst the Court did not find the surgeon’s calls to the helpline constituted a notification, it examined the circumstances surrounding the request for advice in responding to the subpoena and whether the Insurer’s conduct constituted a breach of s13 of the ICA. The Court found that the Insurer, whilst aware of the class action proceeding, did not inform the surgeon of the effect of s40(3). Further, while the Insurer suggested the surgeon provide it with a copy of the subpoena, the Insurer already had a copy of the subpoena schedule as it had been served on other doctors that it also insured. Critically, the Court also found that the Insurer had adopted a position that if an insured doctor who received the subpoena provided a copy to it, then this constituted written notification of the class action claim. The Court found that having regard to those matters, the refusal to grant indemnity was unfair and unreasonable. The Court also found that it ought to have been apparent to the Insurer that its statutory obligation under s13 required it to grant indemnity to the surgeon.

The Court held that if s40(3) had not been enlivened then it would have concluded that the insurer’s denial of indemnity constituted a breach of the duty of utmost good faith. This finding primarily turned on the matters arising from the surgeon’s request for advice in responding to the subpoena and the matters already known to the Insurer at that time.

As illustrated by this case, a claim by an insured seeking to challenge an insurer’s refusal to grant indemnity by enlivening s40(3) of the ICA will ultimately turn on its facts, and the insurer’s knowledge of the potential claim against the insured will be relevant, regardless of how that knowledge was acquired.

The Court’s finding that the insurer, acting consistently with its s13 obligation, ought to have accepted indemnity, serves as a reminder to insurers that the Courts are prepared to take a more expansive approach to the nature and extent of the s13 duty owed by insurers. 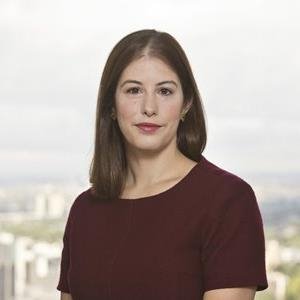