In May of this year, a Scottish intellectual property judge granted the owners of Hendrick's gin an interim interdict preventing Lidl from selling its “look-a-like” Hampstead gin in Scotland. Lidl subsequently lost their appeal and, in a cross-appeal, the territorial scope of the interim interdict was extended beyond Scotland. This blog considers the implications of the appeal court's decision and the jurisdiction of the Scottish courts in relation to interdicts.

William Grant & Sons Irish Brands Limited ("Grants"), the owner of Hendrick’s gin, raised an intellectual property action against Lidl.  Grants claimed that by selling its own brand, Hampstead gin, Lidl were infringing its Hendricks's trade mark.  They sought an interim interdict, known in England as an injunction, preventing Lidl from selling Hampstead gin.  The judge held that Grants had a reasonable prospect of establishing that Lidl had taken unfair advantage of its well-known trade mark at trial in terms of section 10(3) of the Trade Marks Act 1994.

The judge found that there was a link between the two products.  Even if the public would not confuse them, it was sufficient that Lidl's gin called to mind Hendrick's gin.  The judge was satisfied that Grants had a reasonable prospect of showing a change in economic behaviour by Lidl's customers and, as such, Lidl had created an unfair advantage.  The judge granted an interim interdict preventing Lidl from using the label of its Hampstead gin and from marketing Hampstead gin in a dark, apothecary style bottle in Scotland (the label and bottle both contributed towards Lidl’s look-a-like packaging for its gin).

The appeal court held that the Hendrick's trade mark depicted a bottle of a particular shape and bearing a coloured label.  It did not show a white bottle or limit itself to a clear bottle.  Where there is no colour specified in the trade mark, extensive use of a particular colour can result in that colour being associated in the mind of a significant portion of the public with the trade mark.  To that extent, Lidl's use of the same colour might be seen to be taking unfair advantage of that mark.  Lidl's appeal was refused.

Perhaps the most interesting aspect of the appeal was the successful cross-appeal by Grants to have the scope of the interdict extended beyond Scotland.  The appeal court confirmed that the Scottish courts had jurisdiction over an infringement wherever it occurred in the UK provided the defender is domiciled in Scotland and could therefore grant an interim interdict against Lidl with extra territorial effect.

The decision brings welcome clarification on the scope of interdicts which the Scottish court can order. It aligns Scotland with the approach taken in the English courts in granting UK-wide injunctions.

When it comes to intellectual property and commercial disputes, there will often be several courts in which proceedings can competently be raised, and several bases for founding jurisdiction.  Proceedings may be raised in a particular court due to a combination of factors such as costs, advantageous laws or procedural rules, dedicated commercial or intellectual property judges and convenience.  In this case, the Scottish courts had jurisdiction to hear the claim on two bases: Lidl were domiciled in Scotland and the infringement took place in Scotland.  It was, however, only because Lidl was domiciled in Scotland that the Scottish courts were able to grant an interim interdict enforceable outside Scotland.

When raising proceedings, it is crucial that the court should be carefully selected to ensure any interim interdict or injunction granted by the court will have the territorial scope required to protect your interest.  As this case illustrates, the Scottish courts provide an additional forum to the English courts for litigating intellectual property matters in the UK and one in which costs can be significantly lower. 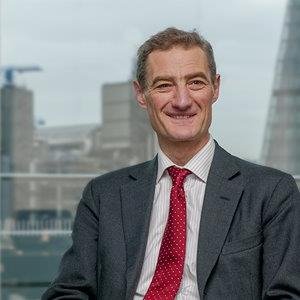