The recent news of a Windermere diver retrieving a prosthetic leg highlighted an important issue with water limbs and their usefulness. Hopefully not a frequent occurrence, but it does present the question of whether it is reasonable and proportionate to ask an insurer to pay for a water limb as part of a compensation claim.

Commenting about the issue in the past, a prosthetic expert said:  “In general I do not recommend water activity limbs as an aid to swimming.  I believe they add nothing to the swimming experience and in some cases can be an impediment.  In tidal waters, they are a significant risk.  They are buoyant and difficult to control in the water and the foot orientation being set at about 90 degrees to the shin does not aid propulsion.”  This has been documented in the case of Arla Foods UK Plc & Thomas Grant v Adam Wagner.

Certainly in relation to through knee and above knee amputees, the point is highly arguable. For example, the Ottobock X3 Genium water limb costs on average £71,000 and the day-to-day Ottobock limb costs on average £62,000.  The day-to-day limb has a water tolerance/ Ingress Protection (IP) (protection from liquid ingress) certification/rating of 67 and the X3 has an IP rating of 68. This is a 1% difference in water tolerance. Can it be argued an amputee should reasonably have both?

Jessica Long a US Paralympian swimmer who has won 23 Olympic medals, making her one of the most successful athletes in the Paralympic games history, swims without any prosthetics.  Natalie du Toit, a South African Olympian amputee from the age of 17 has competed in the Olympics and then the Paralympics swimming, winning numerous medals.  Natalie also swims without a prosthetic.

As far as showering is concerned many argue because residual limb hygiene is of paramount importance the prosthetic should be removed to allow the residuum to be thoroughly cleaned. A shower seat is said to be more practical, comfortable and hygienic.

Most everyday modern prosthetic components are now sufficiently water tolerant to support a responsible level of use in and around water. There is arguably no unique benefit to a water limb when you can have a waterproof cover which is more practical and easy to use.  A standard silicone cover is waterproof, as is PVC.

Many prosthetists advise amputees never to swim in the sea with an artificial limb and they recommend the only time an amputee should venture into the sea with a prosthetic aid/appliance would be for snorkelling using a water socket with flipper attached.  This works because the snorkeler is floating on the surface.

Anecdotally, it is perhaps pertinent that one claimant said he was persuaded by his legal team to claim for a water prosthesis but found it both impractical and difficult to use so he sold it on eBay!

As ever each case turns on its own facts but careful consideration should always be given to any claim for a water limb. 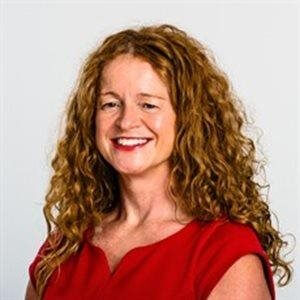