Two Employment Tribunal cases considered whether furlough should be used as an alternative to redundancy. In one case, a tribunal found the employee was unfairly dismissed when the employer failed to consider using the Coronavirus Job Retention Scheme (CJRS) as an alternative to redundancy, while in the other case it was found that dismissing an employee despite the existence of the CJRS did not make the dismissal unfair.

A tribunal found that Mrs Mhindurwa, who worked as a care assistant, was unfairly dismissed when Lovingangels Care Limited refused to consider furlough and made her redundant in July 2020. The tribunal accepted that there was a genuine redundancy situation since the work she was employed to do had diminished. That said, given the whole purpose of the CJRS was to avoid redundancies, the tribunal found that in July 2020, a reasonable employer would have considered furlough as an alternative to redundancy. It was significant that the employer could not explain why furlough was not considered (or was not considered suitable) for Mrs Mhindurwa and did not appear to have considered furloughing her temporarily to see whether work became available.

Mr Handley worked for a small private airfield where he provided private flying lessons and flight experiences. Shortly after the first lockdown was announced, Tatenhill Aviation Limited decided to close the flying school. It agreed to furlough Mr Handley “for a period of three weeks initially or until [he] could return to work as normal”. The business had been struggling financially pre-pandemic and, in April 2020, it began to consider redundancies. The flight training part of the business had no income at all and they envisaged this would remain the case for the foreseeable future. Mr Handley was made redundant in August 2020 and brought a claim for unfair dismissal, arguing that the furlough agreement prevented his redundancy. The Tribunal disagreed. It accepted that the employer needed to cut costs irrespective of the CJRS and that it wanted to use the CJRS to pay some of the costs of the redundancy. Although another employer may have chosen to leave Mr Handley on furlough for longer, the tribunal found that the employer’s decision was within the range of reasonable responses open to it on these facts, and the decision to dismiss despite the existence of the CJRS did not make his dismissal unfair.

Cases concerning whether furlough should have been used as an alternative to redundancy are fact sensitive. These are Employment Tribunal decisions, so are not binding on future Tribunals, but they suggest that Tribunals may expect employers to have considered furlough when contemplating redundancies. Although it is not necessarily unfair to make an employee redundant while the CJRS exists, it may be unfair if furlough is not considered as an alternative or a good explanation cannot be provided as to why furlough was considered and was rejected.

An Employment Tribunal upheld the sex discrimination and unfair dismissal claims of two male directors who were dismissed to improve the advertising agency’s gender pay gap.

Mr Bayfield and Mr Jenner were creative directors at Wunderman Thompson (UK) Ltd. After its gender pay gap report for 2017 was published, showing gender pay gap figures that indicated "an acute problem of female representation" with most senior creative jobs held by men, the agency held a conference to address the lack of diversity and to present a positive vision for the future. During the presentation, it was said that the agency wanted to "obliterate" its reputation that it was full of "white, British, privileged, straight, men". The creative department staff were very worried about this comment and Mr Bayfield and Mr Jenner raised their concerns with management. Although the agency told them there had been a misunderstanding, they were not reassured and they had some difficult discussions with the agency about their concerns. During this period, the agency was conducting a redundancy exercise and Mr Bayfield and Mr Jenner were subsequently dismissed on the grounds of redundancy.

Although the tribunal noted that falling revenue was a significant issue that potentially affected all of the creative team, and acknowledged that wanting to improve diversity within the agency was a legitimate response to the poor gender pay gap report, it found that the scoring of the two creative directors in the redundancy selection process was “a sham designed to ensure the predetermined decision to dismiss" them. The tribunal concluded that Mr Bayfield and Mr Jenner had been dismissed because of their sex. It found that a significant factor in the agency's mind was the gender pay gap issue and dismissing the male directors would have an impact on those figures as well as opening up senior positions that could be filled by women. In the tribunal's view, a hypothetical senior female comparator would not have been treated in the same way as Mr Bayfield and Mr Jenner. It noted that in the days before they were selected for redundancy, a senior female creative was not made redundant and one reason for this was that she was a woman.

This case serves as a reminder that discrimination in any form is unlawful.

In addition to using “general positive action” perfectly lawfully to assist under-represented groups overcome disadvantages in the workplace (such as offering IT training to older employees or offering mentoring or targeted networking opportunities to ethnic minority employees), there are a number of diversity initiatives that employers can use to ensure that their recruitment and promotion processes are free from bias. This can include providing support to improve diversity and inclusion throughout the workforce (such as using diverse shortlists for vacant roles, balanced interview panels and mentoring schemes).

The government has published its response to the consultation on workplace sexual harassment, launched in 2019.

The government’s response confirms that it will introduce a new duty for employers to prevent sexual harassment and third-party harassment in the workplace and that it will look closely at the possibility of extending the time limit for all claims under the Equality Act 2010 from 3 to 6 months. The Equality and Human Rights Commission will also publish a new statutory Code of Practice.

A new legal duty to prevent harassment in the workplace is likely to prompt employers to prioritise the prevention of harassment. The statutory Code of Practice will help employers understand their existing duties in this area and whether they have taken “all reasonable steps” to prevent harassment.  The government has also promised that it will produce accessible guidance for employers which will outline what practical steps they can take.

No date has yet been given as to when these reforms will become law, or the Code of Practice produced. The government has said that the duty to prevent sexual harassment in the workplace will be introduced “as soon as” parliamentary time allows, and it is possible that the duty to prevent third party harassment will be introduced at a slightly later date.

For employees recruited after 1 July 2021, UK employers will no longer be able to accept an EEA or Swiss passport or relevant National ID Card as evidence of a lawful right to work in the UK. Instead, they will need to see proof of immigration status which will include but not necessarily be limited to eligibility under the EU Settlement Scheme or the UK’s new Points Based System (PBS) immigration framework. On a separate note, temporary changes to the rules governing the employer’s duty to check and document a worker’s right to work in the UK have been in force from 20 March 2021 due to the pandemic. These temporary changes will remain in force until 31 August 2021.

Brexit: The UK left the EU on 31 January 2020 and entered into a transition period which ended on 31 December 2020.  During the transition period, free movement continued between the UK and the EEA and Switzerland.  Those EEA and Swiss citizens, and where relevant eligible non-EEA / Swiss dependent family members, residing in the UK by 31 December 2020 could apply for immigration status under the EU Settlement Scheme to enable them to continue to live and work in the UK. Applications for immigration status under the Scheme needed to be submitted by 30 June 2021, albeit there are provisions facilitating applications after that date if specific criteria are met. Applicants could apply for Settled Status (if they had been in the UK for five continuous years immediately preceding the application or in certain circumstances for a historic continuous five year period) or Pre-Settled Status (if they had been in the UK for less than five years). As is the case for non-EEA / Swiss nationals, EEA / Swiss nationals commencing employment / work in the UK after 1 January 2021 will need to meet the requirements of the new PBS, rolled out in full for applications submitted from 1 January 2021 or other UK Immigration categories.

COVID-19: Employers have a statutory duty to prevent illegal working and must carry out certain checks to ensure employees have the right to live and work in the UK.  Temporary changes, in place since 30 March 2020, have facilitated right to work checks to be carried out by prospective employees sending scanned copies of compliant ID documents via email, followed by a confirmatory ID video call.

As in pre COVID times, Employers would also have the right where eligible and with the employee’s consent, to conduct right to work checks online utilising the Home Office portal.

From 1 September 2021, employers must once again either:

Employers should review existing right to work policies and procedures ensuring they meet the new requirements for employees of all nationalities commencing employment post-30 June 2021. Separately, post-31 August 2021 the COVID concessions will end requiring employers to reinstate previous requirements to check and document an employee’s right to work.

On 28 July 2021, the government has published a National Disability Strategy which seeks to remove barriers faced by disabled people in all aspects of their lives, including work and business.

The government's National Disability Strategy, which follows up on a commitment made in the Conservative Party's 2019 election manifesto, covers “making the world of work more inclusive and accessible”. Although the strategy reflects the experiences of disabled people across the UK - Scotland, Wales and Northern Ireland have implemented, or will implement, their own disability strategy.

The government makes a number of employment-related commitments, including:

Through the strategy, the government hopes to improve access to employment for disabled people and to help and encourage employers to improve equality, diversity and inclusion for disabled people in their workplaces. A number of the employment-related commitments are, however, to consult and consider rather than mandatory steps, so it may be some time before many material changes are required in the workplace. 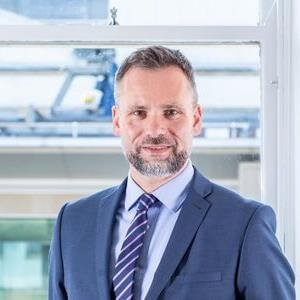