A fundamental error in a Qatar arbitration, and a lesson that is relevant to any arbitration

An Australian court recently declined to enforce a Qatari tribunal's award as a result of a failure to constitute the tribunal in strict accordance with the arbitration clause. In this article, we explore the court’s judgment that affirms the primacy of the arbitral agreement and reiterates that local enforcement of international arbitral awards is a confined exercise, even in jurisdictions perceived to have a ‘pro-enforcement’ bias.

Background of the arbitration

The claimant, Energy City Qatar (ECQ), is a Qatari company and the respondent, Hub Street Equipment (Hub), is an Australian company. In 2010, Hub contracted with ECQ to supply and install goods in Doha.  ECQ made an advance payment to Hub in the amount of US$820,322.16. However, ECQ subsequently decided not to proceed with the contract, and requested a refund of the advance payment. Hub did not repay the advance payment, and ceased communications with ECQ.

The contract contained an arbitration clause which included the following:

Proceedings were issued by ECQ in the Federal Court of Australia, on the basis that Hub is an Australian incorporated company with assets in that jurisdiction. The Court of First Instance granted enforcement of the award, holding that there would be no resultant unfairness as Hub had adequate opportunity to participate in the arbitration and had received actual notice of the proceedings and of constitution of the tribunal. Accordingly, judgment was entered in favour of ECQ together with costs of the proceeding.

On appeal, however, the Appeal Court overturned the first instance decision, holding that the award should not be enforced in Australia. The Appeal Court held that, as the arbitral tribunal was not constituted in accordance with the parties’ arbitral agreement, it lacked requisite authority to determine the dispute and grant relief. In particular the Appeal Court stated that:

“…any exercise of jurisdiction of the Qatari Court to appoint arbitrators to the dispute of the parties rested on the parties’ agreement, and since what they agreed was not followed the basis for the exercise of that jurisdiction was lacking; the failure goes to the very heart of the decision that ECQ would have this Court recognise.”

As such, the Appeal Court held that there was little, if any, scope to exercise the residual discretion to enforce the award. On this basis, the Appeal Court set aside the first instance orders and declarations, ruling that the proceeding be dismissed.

The Australian Federal Court’s decision illustrates the importance of strict compliance with the content of arbitration agreements, particularly in the regions where local courts may be prepared to take a flexible approach to arbitration procedure. The decision serves as a helpful reminder that, despite the courts in most jurisdictions that are signatories to the New York Convention being reluctant to refuse enforcement of arbitral awards, any non-compliance with an arbitration agreement runs the risk of creating difficulties in subsequent enforcement proceedings. 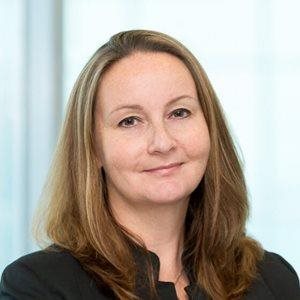