Earlier in the week the Ministry of Justice re-affirmed its intention to extend fixed recoverable costs (FRC) to all fast track civil clams claims and, albeit on a different basis, higher value claims below a proposed £100,000 threshold (so-called ‘intermediate value’ cases).

Alongside costs budgeting in multitrack cases, a regime of fixed recoverable costs is seen bringing control and predictability to litigation expenses.

Extending FRCs in this way will mean that the majority of disease claims will be captured by FRCs for the first time. When fast track FRCs were introduced in 2013 for ‘portal’ claims, only EL disease (ELD) claims against a single defendant were caught. [It is worth recalling that the portal was conceived for straightforward single claimant vs single defendant claims and for that reason alone it is ill-suited to disease work.]

Our article about the MoJ’s announcement offers some initial and overall thoughts about the reforms which, in broad terms, we continue to support. It also links to information we provided in 2017 in which the detail and structure of the FRC regimes were provided.

Asbestos and noise claims will be excluded

The scope of the new FRC regimes will exclude claims arising from mesothelioma and other asbestos related-diseases. In respect of noise-induced hearing loss (NIHL) in the fast track, the MoJ proposes to take forward a different model of FRCs, that being the scheme recommended by the Civil Justice Council in 2017 along with the procedural improvements proposed by the CJC at the time. The proposed introducing of FRC for NIHL claims, based on a report from 2017 which addressed a claims spike in 2011-14, might seem to some as coming a little late to the party.

Disease claims in general becoming subject to FRC is a significant development and one which has been somewhat under-emphasised. For example, the MoJ’s response paper mentions ‘disease’ only five times in more than 80 pages. There will clearly be ‘cost’ implications for disease cases and, in our view, there is a pressing need for improvements in the relevant pre-action protocols (PAPs) so the predictability around litigation costs that comes with FRC is matched with the procedural certainty that allows parties to make early and properly-informed decisions when handling disease cases. The CJC’s ongoing review of PAPs could deliver these improvements but it (a) it appears to have slipped because of the pandemic and (b) is very wide-ranging and as such may not be sufficiently focused on the particular issues in disease claims.

Disease cases to be banded as complex

This four band structure was probably inevitable given that the current ‘portal’ / fast track FRCs for injury claims already fall into 3 categories – motor, EL and PL – meaning another would be needed to capture other civil cases in the fast track. The key point for disease practitioners is that their claims – ELD cases* – will be in band 4 and therefore attract the highest level of FRCs. The proposed banding structure remains unchanged from that which was consulted on in 2019 and is set out below.

Final points and staying in touch

It is impossible to avoid mentioning COVID-19 in any piece about disease claims. That said, the MoJ’s response refers to COVID only as a cause of delay to its publication rather than as a possible type of disease claim in itself. Our current thinking is, on balance, that any such claims probably ought to be excluded from the proposed FRC schemes but this is something that will need to be monitored.

It should be noted that the figures for FRC quoted in the MoJ’s 2019 consultation paper will be updated for inflation between then and implementation, which we expect to be no earlier than autumn 2022. Our current estimate is that applying inflation, measured by the Services Producer Price Index, to the 2019 figures (set out in our earlier article) in, say late 2022, is likely to lead to an across the board increase of around 10%.

We will consider the likely behavioural and financial impacts and the risks and opportunities of the proposed reforms for disease claims in greater detail over the coming weeks. Please get in touch with us or any of your regular disease contacts at Clyde & Co if we can help in understanding and preparing for these changes.

*As can be seen in the quoted section about bands of case, the MoJ publication refers to specifically ELD cases and does not identify PLD as a separate category. Nevertheless, our working assumption is that PLD claims are likely to be allocated to Band 4. 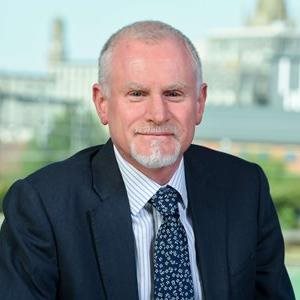