Singapore’s Building and Construction Industry Security of Payment (SOP) Act seeks to facilitate cash flow through its fast and low-cost adjudication process, and also imposes some restrictions on what is permissible in a contract caught by the Act. In Frontbuild v JHJ the High Court  recently addressed the interplay between 2 key - and in some scenarios arguably contradictory – SOP Act provisions: Section 9, which outlaws ‘pay when paid’ provisions, and Section 4(2)(c), which provides that the Act shall not apply (and a party cannot adjudicate, for example) where a contract permits a party, following termination of the contract, to suspend payment until a later specified date or event.

However, perhaps less well known is that the SOP Act defines ‘pay when paid’ clauses very broadly as anything which “makes the liability to pay money owing, or the due date for the payment of money owing, contingent or conditional on the operation of any other contract or agreement”. In other words, the clause does not necessarily have to concern payment when paid, to fall foul of Section 9. Any clause concerning payment being due only when something is done under another contract would also be unenforceable.

Section 4(2)(c) of the SOP Act, on the other hand, provides that the SOP Act shall not apply (and a party cannot adjudicate, for example) where a terminated contract includes a provision permitting the paying party to suspend payment following termination “until” a “specified” date or event. It is worth noting that save for this exception, and depending on the terms of the contract, the SOP Act can apply in respect of payment for work done under a contract which has been terminated.

Frontbuild was appointed by the People’s Association as the main contractor to carry out works at Fengshan Community Club. Frontbuild engaged JHJ as subcontractor in connection with reinforced concrete works. Frontbuild later terminated the Subcontract in early 2020. Importantly, clause 9(b) of the Subcontract provided that following termination “…no further payment shall be made to the Sub-Contractor until the whole of the Main Contract Works has been completed…”.

In April 2020, following the termination, JHJ commenced adjudication against Frontbuild. The adjudicator determined that Frontbuild was to pay JHJ $204,210 and, in doing, found that  Frontbuild’s termination was valid and that clause 9(b) of the Subcontract made Frontbuild’s liability to pay “contingent on the completion of the Main Contract works which [JHJ] has no control of”, and was “equivalent to a ‘pay when paid’ requirement and thus not valid” .

Frontbuild applied to the High Court to set aside the Adjudication Determination. The main thrust of Frontbuild’s case was that in light of Section 4(2)(c) of the SOP Act and clause 9(b) of the Subcontract, the Act should not have applied at all at the time of the adjudication, and JHJ was precluded from making any payment claim and was not entitled to payment until after the main contract works had been completed in accordance with clause 9(b) of the Subcontract.

JHJ contended in response that Section 4(2)(c) of the SOP Act was to be interpreted in light of Section 9, such that all “pay when paid” type provisions in construction contracts, including in respect of a terminated contract (and including clause 9(b) of the Subcontract), were strictly unenforceable.

The Court found in favour of JHJ that clause 9(b) of the Subcontract was unenforceable as a ‘pay when paid’ type provision under Section 9 of the SOP Act (and that Section 4(2)(c) Act does not “take primacy over” Section 9). Its reasoning included that the Court of Appeal in Shimizu Corp v Stargood Construction Pte Ltd [2020] 1 SLR 1338 made clear that Section 9 of the SOP Act “limits the parties’ freedom to contract” by rendering “pay when paid provisions” completely unenforceable. The Court also drew support from the conclusions in AMJ Pte Ltd v AMK Pte Ltd [2012] SCAdjR 581, a published adjudication determination, in which a number of provisions in a terminated subcontract which pegged the obligation to pay to events occurring under the main contract, were unenforceable as ‘pay when paid’ provisions under Section 9 of the SOP Act. The Court noted that its conclusion is “consistent with and gives effect to the raison d’être” of the SOP Act, which includes that subcontractors should not be left at the mercy of main contractors who withhold payment for reasons unrelated to the subcontractors’ performance.

Any kind of provision whereby payment post-termination of a contract is conditional on performance under a different contract seems clearly to be unenforceable (such as clause 9(b) of the Subcontract in Frontbuild). In turn, it appears that Section 4(2)(c) could only have any application where a terminated contract permits the paying party “to suspend progress payments” following termination until a “specified” date or event under the same, terminated contract.

It is certainly conceivable that such scenarios could arise; for example, a provision in a terminated contract which provides that following termination, the return of equipment or unused materials by the terminated contractor is required before any payment can be due. This type of clause may well be what the SOP Act drafters had in mind as being acceptable under Section 4(2)(c).

In any case, the key takeaway for contract drafters and the construction industry generally is that any contractual provision which makes payment – before or after termination – conditional on payment or any other sort of performance under a different contract, is almost certainly going to be unenforceable as a ‘pay when paid’ type provision under the SOP Act. 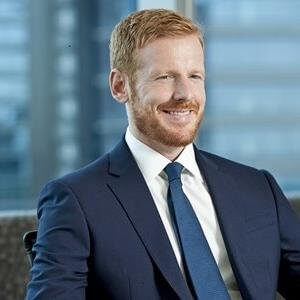