Hardmen and headers - football in the news

An historic moment in football may have passed many by when, on 26 September, Spennymoor Town hosted Team Solon in a match where heading of the ball was restricted in the first half and banned outright in the second half. Did it make a difference to the spectacle on offer? You would have to ask the 300 or so spectators, but I suspect not.

More publicity perhaps came from the comments of Spurs’ manager, Nuno Espirito Santo, that he doesn’t keep a count of  headers in training and an inference that they have closed training sessions so others can’t count them either.

But heading in the game remains a ‘live’ issue and part of the development in the game. Heading the ball has been banned in the youth game (under 11’s) and in a recent BBC Sports Desk podcast as reported in BBC news Terry Butcher has shared his concern over dementia in football and offered his view that heading should be banned. Given his reputation as one of England football’s “hard men” – you have to ask whether, if Terry Butcher says it’s time for heading to be banned, then is it time to stop?

Of course, any reference to anything being “banned” can create immediate polarity. Whether it is heading in football, jackalling in rugby, bouncers in cricket – “purists” will say any ban is “bad for sport”; less entertaining, less attractive, less popular. Those who have been directly or indirectly affected by brain injury may welcome any change that reduces – or preferably removes – the risk of brain injury through sport.

It seems we are learning more about brain injury in sport on a daily basis, whether through the output from The Jeff Astle Foundation, Progressive Ruby, Head for Change or the Concussion Legacy Project, but there is a great deal still not known.

There was much publicity and debate following the Digital, Culture, Media and Sport Committee hearings earlier this year, with their closing comments critical of governing bodies’ approach to brain injury and concussion, but not offering any definitive solution. The Government response is expected by 29 November 2021 but we might query whether Ministers’ plans (whatever they turn out be to be) will be enough to satisfy safety campaigners.

Diagnosis of concussion is becoming easier, more precise and more objective; saliva testing, for example, removes the subjectivity of asking the patient how they feel following a head impact. Treatment of and recovery from head injuries continues to improve as we learn more. Technology to improve sport focussed physical rehabilitation has been ‘out there’ for some time and its development into a diagnostic and rehabilitation tool for head injury is on the horizon.

But there will be a broad range of medical opinion about what is good or bad, necessary or not and so we expect it is going to be a long time before there is a black and white outcome. Any grey areas in clinical analysis are likely be reflected in another developing issue – concussion litigation in sport.

The compensation claim for former Rugby Union players is ongoing. A similar claim from former Rugby League players has already been publicised and it is widely expected that there will be similar activity from former footballers.

Civil litigation should not be the driver for change, but action taken now may have relevance for claims that may come.

An immediate ban may be a step too far. A reduction in behaviours that are thought to increase the risk of neurodegeneration might be a more appropriate start. But how quickly will governing bodies, clubs, schools react? Rule change and development has been likened to turning an oil tanker, particularly when it is presented as “only” guidance, rather than a rule change. And when it is difficult, perhaps impossible to enforce, with no clear penalties for those who break the rules, where is the hazard for a non-compliant club? Where is the ‘nudge’ that might influence it to change behaviour?

For fans of a certain age, the indelible memory of a blood-soaked Terry Butcher leaving the field after an Italia ’90 qualifier against Sweden might be enough to convince us that if Terry is concerned, so should we all be. The governing bodies, clubs and coaches are likely to take a little more convincing. 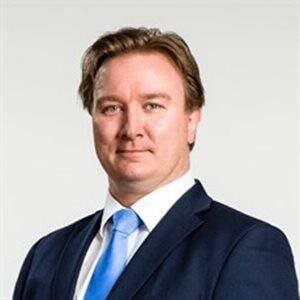