In Canada, it is a long-standing legal principle that policy decisions made by public authorities are generally immune from liability based on claims of negligence. As explained by the Supreme Court of Canada, this principle is premised on the recognition that government agencies must make decisions by weighing a variety of competing factors and some decisions will, inevitably, adversely affect some individuals. Of course, public bodies, such as municipalities, are frequent defendants in negligence actions and, unsurprisingly, policy-making immunity is often advanced in defence of such claims.

In the recently released decision in Nelson (City of) v Marchi (Marchi),[1] the Supreme Court of Canada provides necessary guidance to identify decisions which are immune from liability as “core policy” decisions. This decision is of significance to municipalities and their insurers because it will assist in evaluating possible exposure when faced with a new claim.

Taryn Marchi sued the City of Nelson, British Columbia after injuring her leg while attempting to cross a snowbank between a parking stall and a municipal sidewalk. The evidence presented at trial was that the City had conducted snow removal operations in accordance with its written and unwritten policies in response to a heavy snowfall. At the site of Ms. Marchi’s fall, City employees had cleared snow from angled parking spaces on a downtown street and created a snowbank along the curb. However, the City employees did not clear a path so that drivers could access the sidewalk through the snowbank. Ms. Marchi had parked in one of the angled stalls and then attempted to make her way through the snowbank.

In its decision released October 21, 2021, the Supreme Court of Canada held that the relevant City decision in this case was not a core policy decision immune from negligence liability and that the City therefore owed Ms. Marchi a duty of care. Instead, it found that the decision to clear the snow in the manner the City did was actually the operationalization or implementation of a snow removal policy. As such, the snow removal procedure was subject to the court’s review.

Most importantly, the Court identified four factors to consider when determining if an impugned decision of a public body should benefit from core policy immunity (the “Nelson Factors”):

For the first factor, the Court highlighted that the focus should be on the nexus between the decision-maker or person whose conduct is at issue and the democratically elected official who bears responsibility for public policy decisions. Decisions far-removed from a democratically accountable official are less likely to attract core policy immunity.[2]

For the remaining factors, the analysis should focus on the breadth of the process to arrive at the decision. Decisions requiring substantial debate, deliberation, input from different levels of authority and involving broad budget considerations are more likely to be core policy decisions, immune from review. Lastly, where decisions require a balancing act between a variety of subjective and competing considerations, such decisions are more likely to engage immunity because to hold otherwise would require the court to substitute its own value judgment for that of a democratically elected government authority.

Overall, the Court emphasized that the analysis must remain on the underlying rationale for core policy immunity as it “serves as an overarching guiding principle for how to weigh the factors in the analysis.”[3] That is, “protecting the legislative and executive branch’s core institutional roles and competencies for the separation of powers”[4] should underlie any argument advocating for the application of core policy immunity to an impugned conduct or decision.

The Marchi decision clearly articulates the factors a court will consider when assessing a core policy immunity defence. To be immune, a decision must be made at a sufficiently high level and involve genuine consideration of the various competing interests a government ought to consider in exercising its authority.

In situations where the conduct at issue was the result of a single employee’s decision, based on their independent analysis of that situation, Marchi indicates it is unlikely that a court will find that core policy immunity applies. On the other hand, if a carefully considered and articulated policy has been implemented but an accident occurs nonetheless, the municipality could well be relieved from liability.

Municipal defendants and their lawyers should review this decision and consider what evidence would be required to address the four factors and support a defence of core policy immunity. Likewise, when evaluating claims against their insureds, insurers should consider whether a defence of core policy immunity has a genuine likelihood of success or whether, at the end of the day, the issue in the litigation involves an operational decision.

It is notable that part of the analysis in identifying a core policy decision is determining the scope of the decision-making process – the more involved municipal officials are in creating maintenance protocols and procedures, the more likely it will attract core policy immunity. In light of this factor, municipalities may wish to evaluate how much discretion and decision-making authority is left to individual employees when it comes to implementing municipal policies.

It is also important to note that this decision will have implications beyond claims arising from the maintenance of a public highway. There are many factual scenarios where the defence of core policy immunity could be significant for municipal defendants. While the Marchi decision does not create a new cause of action or defence, it provides a much clearer path to determining the strength of each party’s position and evaluating the likelihood of success of this defence at trial. 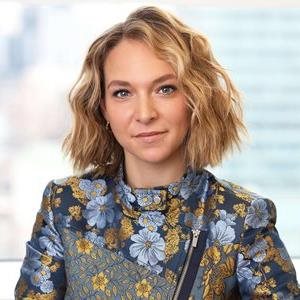 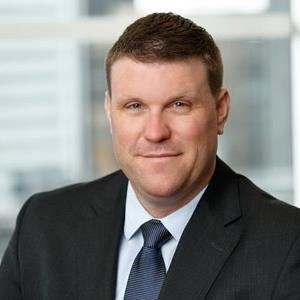