Pioneering prostheses and the impact for insurers

The development of pioneering prostheses will impact the way that claims for special damages are treated and, inevitably, insurers’ responses to those claims.

This comes in light of the announcement on 12 October that SensArs Neuroprosthetics’ pioneering bionic leg, the SENSY, has received Breakthrough Device Designation from the US Food and Drug Administration expediting its path to commercial viability and becoming the first widely available “sensing” leg.

How does it work?

Sensors are embedded in the foot (or knee, for above-knee devices) and connected directly to nerves in the residual limb allowing naturalistic sensations of force, pressure, and position.  This gives the wearer a type of neurological feedback that resembles incoming signals from an anatomical limb. It allows the wearer to use the device “intuitively” rather than having to “train” to use it.

It is hoped that the SENSY could improve the quality of life for millions of lower limb amputees as it will require less mental energy to use, provide better balance than a conventional limb and, potentially, reduce the effect of phantom limb pain providing the wearer with more confidence and capabilities.

How could such prostheses impact the outcome of a case?

Devices such as the SENSY will not only promote a return to work for the wearer, potentially resulting in a reduced claim for loss of earnings, but it could also result in reduced claims for other heads of loss such as care and accommodation.  The flip side, however, is that the costs of the device, fitting and ongoing maintenance are likely to be much higher than those of a conventional limb.

It is not known when the SENSY will be available in the UK but claimants are likely to be made aware of it, for example, by their prosthetics expert and the impact that it, could have on their quality of life.  Not surprisingly, it is anticipated that claimants will be keen to trial the device when it is available albeit that this will be some time off yet.  Insurers should, therefore, be live to the presence of the SENSY together with the likelihood of the development of further “sensing” limbs and the possibility that a claimant may look to build in claims for both a conventional limb which is currently available and for the future costs of the SENSY together with the associated fitting and maintenance costs on the basis that they will be suitable to trial the SENSY once it is available in the UK. 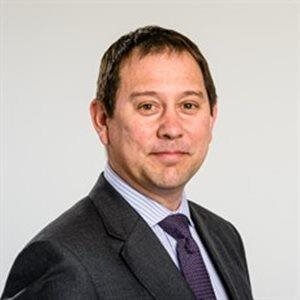