The Contractual Liability Exclusion: Have You “Contracted Out” of Coverage?

A recent Ontario Court of Appeal’s decision offers valuable guidance on the interpretation of the contractual liability exclusion clause typically found in an errors and omissions policy and the potential for an insured to effectively “contract out” of coverage.

In Panasonic Eco Solutions Canada Inc. v XL Specialty Insurance Company, Panasonic sought a declaration that the insurer’s duty to defend under a Professional and Contractor’s Pollution Legal Liability Policy was engaged for  an arbitration commenced by Solar Flow-Through Fund.

In the arbitration, Solar Flow alleged that Panasonic breached its contractual obligations when it failed to achieve substantial completion under an engineering agreement. Solar Flow sought liquidated damages based on the terms of the agreement, as well as damages for Panasonic’s alleged breach of a second agreement, pursuant to which Panasonic agreed to pay Solar Flow a portion of the proceeds from certain contracts.

The Court of Appeal found that the exclusion was unambiguous, rejecting Panasonic’s argument that the meaning and effect of the exclusion was to nullify coverage under the policy because the insured always provides its professional services under a contract.

However, the Court found that the exception to the exclusion, read literally, was ambiguous as Panasonic would have no relationship with Solar Flow if there had been no contract or agreement under which the insured provided professional services. Applying principles of contractual interpretation, the Court found that the policy covered “professional losses caused by the insured in performing its professional functions in its relationship with the claimant that arises in law, regardless of the terms of their contract.” However, the insurer is not responsible for indemnifying the insured for any “extra obligations” it undertakes in a contract, or for the breach of those obligations.

By agreeing to the liquidated damages clause in the engineering agreement, Panasonic “effectively contracted out of its insurance coverage” as the exclusion applied to exclude coverage for liability arising from breach of contract. The exception did not apply because the obligation to pay liquidated damages was purely contractual and did not otherwise arise as Solar Flow had contracted out of any claim it may have against Panasonic for damages in negligence. As the Court of Appeal stated:

A liquidated damages clause, such as this one, demonstrates the fairness of the contractual exclusion and exception clause of the insuring agreement, when it is interpreted in accordance with the reasonable expectations of the parties to that agreement. An insured is free to make whatever promises it wishes when it contracts to perform services, for example for remedies for its breach. Panasonic could have agreed to pay liquidated damages to Solar in any amount as part of the consideration for the contract. But it could not bind its insurer to that bargain. The insurer is only obligated to cover liability that the insured would have had without the contract [emphasis added].

The insurer therefore had no duty to defend the arbitration under the policy. 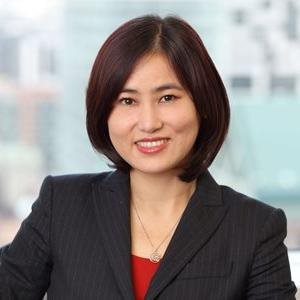