On 17 September 2021, the Supreme Court of Appeal (the SCA) handed down a judgement in the matter of Ombud for Financial Services Providers v CS Brokers CC and Others (Case no 781/2020) [2021] ZASCA 117 in which the SCA confirmed that the decision of the Ombud for Financial Services Providers (Ombud) to refuse an application under section 27(3) of the Financial Advisory and Intermediary Services Act 37 of 2002 (the FAIS Act) for hearing of oral evidence or referral to court is reviewable on the basis that the Ombud failed her statutory obligation to exercise a discretion.

In November 2009, Mr Wallace invested a sum of R730,000.00 with a company known as Sharemax, after discussions with his financial advisors, CS Brokers CC (CS Brokers). From November 2009 to November 2010, Mr Wallace received no income from his investment, despite various engagements with his financial advisors. Mr Wallace ultimately requested the return of his capital investment, and after seeing no return was forthcoming, lodged a complaint with the Ombud in December 2010.

In May 2011, CS Brokers applied to the Ombud under section 27(3) of the FAIS Act to “hold a hearing or to refer the complaint to a court”, on the basis that it was a matter requiring oral evidence and cross-examination to resolve factual disputes as well as expert evidence.

The Ombud refused the section 27(3) application and reached a determination on the matter based on the matter before it, whereby CS Brokers were ordered to pay Mr Wallace the sum of R730,000.00 plus interest (Ombud Determination).

Following the Ombud Determination, CS Brokers applied to the Ombud for leave to appeal, which was refused. Thereafter, CS Brokers proceeded to apply to the Chair of the Appeal Board established under section 26B(12) of the Financial Services Board Act 97 of 1990 (“the FSB Act”), to allow further oral and written evidence or factual information and documentation not made available to the Ombud prior to the making of their decision. CS Brokers’ application was dismissed, following which it applied to the Appeal Board for leave to appeal the Ombuds Determination, which was granted on limited grounds. However, after consideration of the record of the proceedings of the Ombud and forming its own view, the Appeal Board dismissed the appeal against the Ombud’s Determination.

The basis of the appeal to the SCA was that the Ombud properly exercised her discretion when she refused CS Brokers’ application in terms of Section 27(3) of the FAIS Act.

Furthermore the SCA found that a while a complainant has an election to either utilise the Ombud or approach a Court, financial services providers do not have an election of the forum and that they must meet the claim in whichever forum is selected by the complainant.

Additionally, the SCA highlighted that in accordance with section 28 of the FAIS Act, the powers of the Ombud are akin to those of a Court.

The SCA further considered the procedure for the Ombud to deal with complaints, as set out in section 27 of the FAIS Act, and held that the Ombud is granted extensive substantive powers, which are akin to quasi-judicial powers rather than purely administrative ones. The SCA held further that a determination of the Ombud is regarded as a civil judgment of a Court, and that the Ombud is accorded a discretion as to the appropriate procedure, which includes a discretion under section 27(3) of the FAIS Act.

Regarding the question as to whether the Ombud properly exercised her discretion in dealing with the application of CS Brokers under section 27(3) of the FAIS Act, having considered the facts of the matter, the SCA held that the reasons given in the Ombud Determination do not address the factual disputes noted by the Ombud herself, which go to the heart of the claim, and that it is difficult to discern which factors weighed and occupied the Ombud’s mind when she gave her decision.

As such, the SCA held that since no discretion was exercised when the Ombud was vested with a discretion, the Ombud had not properly exercised her discretion in dealing with the application of CS Brokers under section 27(3) of the FAIS Act, and as such, the appeal was dismissed with costs.

A copy of the judgement can be accessed here. 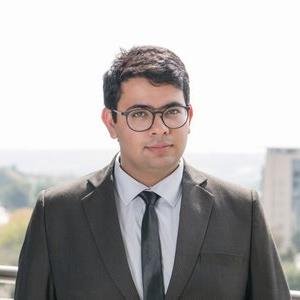