In December 2020, as part of our Think Recoveries series, we published a Guide to Container Overboard Claims in which we explained that between 2017 and 2020 an average of 779 containers were lost overboard each year. However, over the last 12 months the shipping industry has seen a huge spike in containers lost overboard. In 2020 alone it is estimated that 3,000 containers were lost overboard, with a further 1,000 being lost so far in 2021. In this follow-up article, we seek to explore the reasons for the increase in container losses and consider the link between such incidents and the global disruption to the shipping industry since the beginning of the Covid-19 pandemic.

What has caused disruption to the container shipping industry?

The global shipping industry relies on finely balanced supply chains to ensure that cargoes are delivered promptly.  Over the last 18 months, we have seen how changes in the demand for goods can have a dramatic impact on the shipping industry as a whole.  The Covid-19 pandemic initially caused a slowdown in global trade as restrictions forced people across the world to stay at home.  This was quickly followed by a surge in demand for consumer goods ordered by those who were unable to travel or socialise.

The result was a huge container shortage, or perhaps more accurately, a shortage of empty containers in the right place at the right time.  The sudden demand for goods caused freight rates to increase exponentially, and in early 2021 it was reported that the cost of shipping a 40-foot container from Asia to Northern Europe had more than quadrupled.

In addition to the increased demand for consumer goods, many ports were and still are struggling to operate at full capacity due to government-imposed restrictions.  An example is Yantian port in southern China, which was recently closed or operating at reduced capacity for many weeks due to an outbreak of Covid-19 amongst workers.  Lloyd’s List Intelligence estimates that at the peak of the congestion caused by the restrictions, approximately 500,000 TEU of capacity was waiting to berth at ports in southern China.

Is there a link between the disruption and the spike in container overboard incidents?

In our earlier article, we identified a number of different potential causes of containers being lost overboard. These include, amongst others, mis-declared container weights, improper stowage, broken, damaged and/or inadequate lashings and/or parametric rolling of the vessel. However, the question arises whether there is a link between the disruption that we have seen in the container shipping industry and the sudden increase in the number of containers being lost overboard, or if this is merely a coincidence?

There is a clear correlation between the number of containers lost overboard and the disruption to the container shipping industry, as discussed above. Until the root cause of all of the recent incidents has been determined, we cannot know for sure if there is a causal link between the two. However, in our view, the disruption that has been caused by recent events is likely to have given rise to a ‘perfect storm’ caused by several different factors all occurring at the same time. These include the recommissioning of older containers, increased commercial pressure to turn ships around faster, increased risk taking, and greater pressure on crews leading to human error. These are all discussed in detail below.

The disruption caused by container shortages has put shipping lines and shipowners under extreme pressure to return service levels to normal as quickly as possible.  As a result, some carriers have reported that they have increased the speed at which they load and discharge containers by as much as 25%, and many older containers have been recommissioned in order to cope with the demand.

Due to the nature of container stacks, their integrity is contingent on each container being in good, seaworthy condition. If there is a weak link caused by the use of a container with corroded, weakened or damaged locking mechanisms (or even with reduced structural integrity), an entire stack may be jeopardised. Over time, containers deteriorate in condition due to factors related to handling, inadequately secured cargoes, overloading, and general wear and tear caused by atmospheric corrosion. The recommissioning of older containers significantly increases the risk of a stack failure.

The pressure on shipping lines, masters and crews to improve service levels and reduce delays is also likely to have had an impact on the increase in container overboard incidents. This pressure is likely to have led to masters and operators taking risks that perhaps would not have been taken otherwise. For example, pressure to reach the destination as soon as possible may have resulted in some masters choosing to take the most geographically direct passage to prevent delays, even if this meant navigating through heavier weather that would usually be avoided.

The International Maritime Organization (IMO) amended SOLAS chapter VI regulation 2 in 2016 to require mandatory verification of the gross mass of packed containers loaded on ships. The shipper must provide a verified gross mass (VGM) certificate by stating it in the shipping document. In many ports, measures have been introduced to comply with the regulations.  However, there are still ports which fail to comply with them. With a sudden upturn in container freight rates, it is possible that this led to an increase in the number of mis-declared container weights, or possibly overweight containers, which increases the possibility that containers were not loaded in a suitable location and leads to greater forces being experienced higher up in container stacks.

Of course, other factors not related to the global shipping disruption experienced during the pandemic may also be contributory factors to the recent trend of increasing incidents of containers being lost overboard. These include:

A reminder of the law

The law in relation to container overboard claims is set out in our comprehensive guide which is referred to at the beginning of this article.  However, the recent spike in container losses means that it is worthwhile recapping some of the key points.

It is very common for carriers to defend container overboard claims by arguing that they were caused by the perils of the sea.  However, it is important to remember that the burden of proof is on the carrier to prove that:

In our view, the commercial pressures on carriers over the last 18 months mean that stowage errors and failures to secure containers properly have become more common.  In such circumstances, carriers may attempt to deny liability by arguing that the loss was caused by a peril of the sea, but without providing sufficient evidence to support their defence.  Even if a vessel has encountered heavy weather, a carrier must be able to prove that the weather was exceptional, and careful consideration should be given to determine whether the loss was actually caused by a failure to secure the containers properly.

There certainly appears to be a correlation between demand placed on the shipping industry as a result of the pandemic and the increased number of containers falling overboard.  However, until the root cause of each incident has been determined, it is difficult to tell whether there is a causal link between the two or whether the other factors mean that an increase in the number of incidents was inevitable.

In our view, the implementation and use of older containers, commercial pressures on operators and masters, and possible increases in mis-declared containers weights are all likely to have led to a ‘perfect storm’, culminating in the loss of over 3,000 containers within a short period of time.

In any event, the increase in the number of incidents has placed a spotlight on this issue, which will hopefully lead to a much greater focus on implementing measures to reduce the number of container overboard incidents in the future. Not only is the loss of a container a significant inconvenience to the owners of the cargo, it is a navigation and pollution risk that should be avoided.

Should you or your insured experience a container loss overboard, our key message is to remember that, when such claims arise, the burden is on the carrier to prove that they have not been negligent.  Even if the most obvious cause of the loss is a peril of the sea, the carrier will still need to provide documents to prove that the containers were loaded and secured correctly and that the loss was not caused by their negligence.  In the current circumstances, that is likely to be a difficult burden for the carrier to overcome if they wish to try to defend the claim, particularly in light of the number of contributory factors that are likely to be involved. 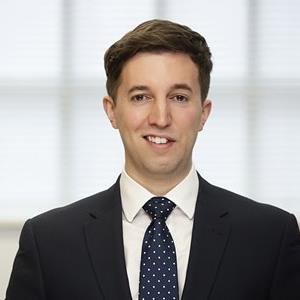