An important decision in the Scottish Courts on scope of settlement

Did A’s settlement of its claim against B preclude A from pursuing the balance of its loss from C? That was the question considered by the Inner House of the Court of Session in the case of Robert Kidd v Lime Rock Management and others [2021] CSIH 62.

The pursuer sued his former solicitors for US$210 million losses which he claimed to have sustained in the course of the sale of his shareholding in ITS Ltd. His former solicitors settled the claim, without admission of liability, for £19 million. The settlement agreement between them stated it was in full and final settlement of, and irrevocably released and forever discharged, all actions, claims, rights, etc. which the parties had or may have against each other arising out of the proceedings or the underlying facts.

The Judge at first instance upheld the preclusion plea and found for the defenders. The question turned on the proper construction of the settlement agreement. The Judge applied the House of Lords case of Jameson and another v Central Electricity Generating Board (No 1) [2000] 1 AC 455 (“Jameson”) as authority for the proposition that if A settled its claim with B, then A was precluded from pursuing C for any part of the same loss - unless the settlement provided otherwise. This was based on the presumption – absent wording to the contrary – that the settlement was in full satisfaction of A’s whole loss as claimed (and not just A’s claim against B for that loss) and therefore extinguished it, such that there was no loss to claim against C.

Here, both actions concerned the same loss (i.e. the loss said to have been caused by the share sale) and there was nothing in the settlement agreement with the pursuer’s former solicitors which indicated that it was not in full satisfaction of all claims for that loss. Accordingly, the Judge held that the new action was incompetent and should be dismissed.

The pursuer appealed to the Inner House and his appeal was upheld. Lord Malcolm, with whom Lord Turnbull and the Lord Justice Clerk agreed, considered Jameson  and also the subsequent House of Lords decision in Heaton and others v AXA Equity and Law Life Assurance Society plc and another [2002] 2 AC 329 (“Heaton”). As Lord Malcolm observed, the decision in Heaton, whilst not expressly over-ruling Jameson, could “hardly co-exist” with the decision of Jameson’s majority.

Heaton held, contra Jameson, that when construing a settlement, there is no presumption, absent provision to the contrary, that a full and final settlement of A’s claim against B went beyond that and was in full satisfaction of A’s loss, such as to prevent a claim against C for the balance of the same loss.

The reasons for this included that (i) a settlement agreement, unlike a Court judgment, does not decide the measure of a defendant’s liability; (ii) the release of one wrongdoer does not release another; (iii) an agreement made between A and B will not affect A’s rights against C, unless A clearly agreed to forgo or waive those rights or it created an enforceable right in C; (iv) A is under no duty to reserve the right to sue C, as in the ordinary way he is fully entitled to do so without such reservation and (v) the effect of any prior settlement must depend on its actual scope. In this case Lord Malcolm, with whom the other Judges concurred, preferred Heaton for its reasoning, as above and considered this was supported by a number of other Scottish cases cited (see paras 35-45). Accordingly, he considered the correct question to ask in this case was whether, on its proper construction, the settlement agreement indicated that the pursuer accepted £19m in full and final satisfaction of all his claims for his alleged loss as a result of the share sale (not only his claim against his former solicitors for that loss)? Here there was nothing in the agreement, nor in the relevant circumstances, nor in averment which indicated this – and accordingly the pursuer was entitled to claim against the defenders.

Although this decision may, on one view, have removed an unwitting trap for pursuers (who might previously have inadvertently discharged their claim against third parties by settling with one defender), it reaffirms the need for parties (and their legal advisers) carefully to consider settlement terms. If the intention is to preserve, or discharge, further claims against other parties, then to put the matter beyond doubt, the safest course would always be to state this expressly. 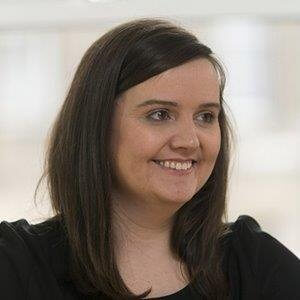