Expert evidence – a matter of opinion?

Of the many criticisms of the UK government’s handling of the coronavirus pandemic, much focus has been on the treatment of residents in care homes.

Dr Cathy Gardner and Fay Harris (daughters of two care home residents who died during the first wave of the Covid-19 pandemic) have successfully sought a judicial review against decisions made by the Secretary of State for Health and Social Care, NHS England and Public Health England. They challenge what they say is the Defendants' failure to protect residents of care homes in England from the risk of serious harm or death from Covid-19 between March and June 2020.  Although the substantive Hearing is not due to take place until March 2022, the Court recently ruled on the admissibility of proposed evidence.

The Claimants had already filed witness statements from two Consultants which contained not just factual evidence but opinion evidence. This was critical of the Defendants. The Claimants then applied to adduce a third witness statement from one of these Consultants which the Defendants resisted on the basis that, they said, it consisted almost entirely of opinion evidence.  In addition, the Defendants cross-applied to have a substantial number of passages excised from the evidence the Claimants had already filed.

As most of those undertaking healthcare work will know, opinion evidence from a suitably qualified expert is admissible with the permission of the Court if it is reasonably required to resolve the proceedings, provided that the requirements of CPR 35 and its accompanying Practice Direction have been followed.  However, the Courts have been much less willing to admit expert evidence in Judicial Reviews.  Moreover, except in rare cases, the cross-examinations of witnesses is not permitted in Judicial Review claims.  As the Court confirmed in R (Law Society) v Lord Chancellor [2019] 1 WLR 1649 "It follows from the very nature of a claim for Judicial Review that expert evidence is seldom reasonably required in order to resolve it.  That is because it is not the function of the Court in deciding the claim to assess the merits of the decision of which Judicial Review is sought.". This differs substantially from professional negligence claims where the Court’s role is to determine the reasonableness of decisions/actions taken by professionals.

Lord Justice Bean and Mr Justice Garnham handed down their Judgment on 5 November 2022. They ruled that an example of admissible evidence was to show what had taken place in care homes as opposed to expressions of view as to what should or should not have happened.  Instead, they found that the majority of the new witness evidence was criticism of the Defendants. The Court therefore upheld the Defendants’ objections, and also advised that where the already filed witness evidence went beyond comment and expressed the opinion that the actions of Defendants were unreasonable or negligent, such evidence of opinion is inadmissible. It should also be noted that the Court found opinion in the Defendants’ witness evidence.

Expert evidence was not the only evidence discussed. The Court also ruled that the opinions of a Parliamentary Committee, an individual member of either the House of Commons or House of Lords, and the Public Accounts Committee are inadmissible.

The Judicial Review itself, listed for next year, will consider the legality of the measures undertaken by the Defendants to protect the lives of care home residents during the first wave of the pandemic. More than 20,000 Care Home residents in England sadly died from actual or presumed Covid-19 between March and June 2020. No Court ruling will ever compensate these families for the loss of their loved ones but will surely have some impact on the independent public inquiry and the outcome will therefore be eagerly waited. The Defendants will consider this recent ruling as to what evidence will be admissible at the substantive Hearing to be advantageous and serves as a reminder to us all of the role of the Court in Judicial Review proceedings. 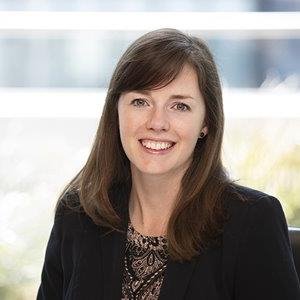