The recent judgment of the Supreme Court in Triple Point Technology Inc v PTT Public Company Ltd provides greater clarity concerning the rights of an employer to claim liquidated damages from its contractor, where the contractor has fallen into culpable delay in the completion of its works, but has not actually finished them, before the employer decides to terminate the contract. It also addresses the meaning of provisions which limit a contractor’s liability.

By the Contract between the parties, PTT appointed Triple Point to design, implement, support, and maintain a new software system for its commodities trading business.

The Background Facts and Key Issues

Post-termination, Triple Point demanded payment of the fees that it alleged were due to it, but PTT refused to pay them. Triple Point then commenced an action in the Technology and Construction Court (TCC), claiming payment of its invoices, and PTT counter-claimed for damages, including liquidated damages for delay and damages flowing from the termination.

The key issues before the TCC included whether Triple Point was liable for culpable delay in the execution of its services, and for repudiatory breach of the Contract, and if so, whether its liability to PTT was effectively limited or capped.

At first instance, the TCC held that the delays to Triple Point’s services were caused by Triple Point’s contractual negligence and that Triple Point had committed repudiatory breaches of the Contract, which entitled PTT to terminate the Contract. PTT could claim liquidated damages for delay and damages arising from the termination of the Contract. For reasons explained below, the TCC decided that the damages which could be claimed by PTT would be capped by the limitation of liability provisions in Article 12.3.

In deciding whether or not PTT’s claims for damages would be capped, the TCC had to consider the true meaning of the word “negligence” in the exceptions to the liability cap in Article 12.3. The TCC found that Triple Point’s delays to its services were caused by its breaches of its contractual duties of care. The TCC took the view that, as most of the services which Triple Point had to undertake under the Contract had to be performed contractually with reasonable skill and care, the parties would not have intended the liability cap to be displaced in any instance where Triple Point failed to exercise such skill and care. Therefore, the TCC decided that the word “negligence” in the exceptions to the liability cap only applied to breaches of tortious duties. The TCC considered that it had to reach such a finding, as it would make no sense to place a cap on Triple Point’s liability for contractual negligence and then to remove it immediately, with the “negligence” exception to the cap.

The Court of Appeal Decision

Triple Point appealed the TCC’s decision to the Court of Appeal and PTT cross-appealed.

The Court of Appeal agreed that Triple Point was in culpable delay with its services and that it had committed a repudiatory breach of the Contract, and that PTT was entitled to terminate the Contract. However, surprisingly, the Court of Appeal rejected PTT’s claim for liquidated damages. It also held that PTT’s counterclaims for termination losses would be capped by the limitation of liability provisions in the Contract.

The Court of Appeal upheld the TCC’s reasoning regarding the liability cap. It too considered that it would be nonsensical for the parties to impose a cap on Triple Point’s liability for contractual negligence, only for them to remove that cap immediately, with the “negligence” exception to it.

Lady Arden gave the leading judgment of the Supreme Court. She overruled the Court of Appeal’s decision regarding the liquidated damages clause, deciding that even if Triple Point did not achieve actual completion of its services, the clause would still operate up to the point of termination. She called the Court of Appeal’s decision uncommercial and believed that it represented “a radical reinterpretation of the case law” regarding liquidated damages clauses. In short, subject to the limitation of liability provisions, she found that the parties had intended that Triple Point would become liable to pay liquidated damages as soon as its services had fallen into culpable delay, and that PTT’s accrued rights to such liquidated damages did not “disappear” when it decided to terminate the Contract.

The Supreme Court also overturned the Court of Appeal’s ruling on the meaning of the word “negligence” in the exceptions to the liability cap. She held that as the liabilities being limited under Article 12.3 were those which arose “under the Contract”, the “negligence” exception had to apply to contractual negligence too. She also ruled that word “negligence” should be given its natural and ordinary meaning, and that it clearly included breach of a contractual duty of care. She noted that Triple Point had core duties which it had to perform with strict or absolute liability, where the liability cap would operate. Accordingly, her wide interpretation of the ambit of the “negligence” exception to the cap would not “emasculate” the cap. Consequently, Triple Point had no limit on its liability where it was in breach of its contractual duties of care.

Key Points arising from the Judgement

Two key points emerge from the Supreme Court’s decision in Triple Point. Firstly, liquidated damages provisions will usually operate, where a contractor’s works have fallen into culpable delay, and even where the employer terminates the contract, before the contractor has achieved completion of its works. The decision in Glanzstoff should be viewed as one which turned on its own facts. Secondly, terms which contain limitation of liability provisions and exceptions to them should be given their natural and ordinary meaning, particularly in order to establish how far those exceptions reach. 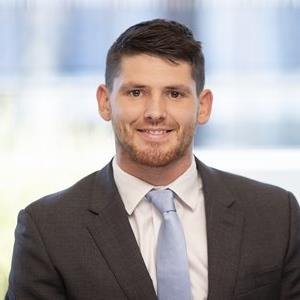