Occupiers Liability: Condition of shop forecourt not expected to be perfect

Clyde & Co have successfully defended a claim against the owner/occupier of a shop forecourt, after the Claimant was injured after she tripped whilst crossing it.

In her judgment dismissing the claim, Her Honour Judge Crane held that the duty of occupiers under the Occupiers Liability Act was to ensure their premises are reasonably safe for visitors, but that ensuring perfect standards was not practicable or realistic.

The owner/occupier was held to have met the appropriate statutory burden and the depression was below the actionable defects size found in the practice code of the local authority, who were brought into proceedings as Second Defendant.

The result provides a clear restatement of the duty owed to visitors of land, emphasising reasonableness as opposed to enforcing an unrealistic standards, thus unduly burdening occupiers and local authorities.  This restatement may be relevant for those occupiers unable to maintain their usual maintenance regime during the lockdown period, particularly if they are faced with claims dealing with similar issues.

The Claimant had purchased a newspaper from a shop in March 2017 and was walking back across the forecourt to her vehicle. She tripped on a depression in the ground, causing her to stumble and fall to the ground.  She suffered an injury, and subsequently issued proceedings against our client, the owner/occupier of the shop forecourt (‘D1’) and the relevant highway authority covering the road and pavement adjacent to the forecourt (‘D2’).

The Claimant submitted that repairs had been carried out in 2018. This raised questions of the validity of the Defendants’ record keeping and whether measurements taken were accurate. The Claimant alleged she had been told of the repair by the shopkeeper. Both Defendants denied repairs being made, with D2’s Highway Inspector unable to find any such permit for carrying out repair work recorded on the Council’s system.

At trial, the Claimant’s account as to how the accident had happened changed. She stated that she had tripped with her left foot on uneven or broken paving which caused her to stumble, she then put her right foot down into the depression which meant she continued to stumble and she then fell. However, the Claimant was unable to explain why this version was not in her witness statement.

Measurements of the depression had been taken by both parties, but none of the surrounding area as this had previously not been part of the Claimant’s case.

HHJ Crane found that the Claimant was an honest witness and seeking to give an accurate account but that on the balance of probabilities she stumbled in the depression and had not tripped beforehand. Furthermore, her allegation as to what she had been told by the shopkeeper was hearsay and therefore little to no weight could be attached.

The judge was satisfied that there was a depression that was a maximum depth of 27mm over a minimum diameter of 500mm. Such measurements fell outside the Code of Practice for Highway Safety Inspections provided by D2, which categorised an ‘actionable defect’ as having a depth of 40mm or more and a horizontal measurement sub-300mm.

The Head of Property for our client believed that the depression was not significant, nor did it require any intervention. It was a smooth depression over a long distance with no sharp edge. His evidence that there had been no complaints about the area since 2015 was found to be reliable and credible.  The inspection records from the Second Defendant showed that the area was inspected every 12 months. Had there been a complaint an ad-hoc inspection would have been undertaken. There was no record of such an inspection.

HHJ Crane dismissed the claim finding that the parameters of the depression were not sufficient to be deemed actionable defects by the local authority. The gradient of the depression was less than those found on drop kerbs in the local area. The condition of the forecourt was such that the Claimant was reasonably safe when walking to the shop and returning to her car. Neither Defendant was obliged to maintain perfect conditions on the forecourt and pavements, as “such a high standard for either defendant would not be realistic or practicable.” 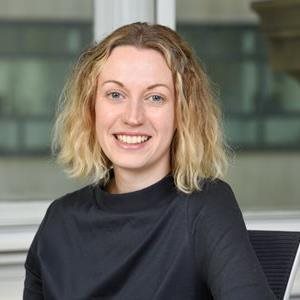