In the recent case of The General Teaching Council for Scotland v The Chief Constable of the Police Service of Scotland [2021] CSOH 110 the court was considering seven petitions for disclosure of material from Police Scotland to the GTCS.

The GTCS is responsible for regulating the teaching profession in Scotland, including investigating the fitness to teach of individuals who are on, or are seeking to join, the registers. Where those investigations relate to criminal matters there is an understandable need to liaise with the police and recover records from them.

In this case records were requested from the police to investigate seven teachers. These requests were refused by Police Scotland. Police Scotland relied upon the Data Protection Act 2018 stating that there was no statutory basis for providing disclosure. Police Scotland had relied on the fact the 2018 Act only allows the processing of data collected for law enforcement purposes only if "authorised by law". They considered the disclosure required a court order.

The GTCS raised actions in the Court of Session seeking the documents. The actions were not opposed by Police Scotland. The GTCS also sought their expenses, and this was opposed.

The petitions were granted. However, when considering expenses the court noted it was essential to examine the reasons the petitions were brought in the first place (being Police Scotland's refusal to provide the requested information).

The court referred to the decision of General Dental Council v Savery [2011] EWHC 3011 (Admin) and noted that it was clear from this case that it was not necessary for a court order to be obtained in order for a party to share personal data with a regulatory body for the purposes of misconduct or improper practice proceedings.

The situation for the GTCS is different from the General Dental Council or the General Medical Council who have statutory powers under the Dentists Act 1984 and Medical Act 1983 requiring disclosure of information. However, this did not stop Savery applying.

The court did not accept Police Scotland's reliance on the Data Protection Act 2018 as showing there was a requirement for a court order.

The court was clear: Police Scotland should have disclosed the information to the GTCS. The common law (and also the legislation which established Police Scotland) permitted the disclosure of information to the GTCS without the need for a court order. This is as it is clearly necessary on public safety grounds. The GTCS has a responsibility to ensure people who are a danger to children are not allowed to remain on the teaching register. This purpose of itself is sufficient to satisfy any data protection concerns. It will be of no surprise that the court awarded expenses to the GTCS.

Regulators often have to investigate cases where there have been previous police investigations. It is in the interests of all involved that regulators can recover information from these investigations rather than having to conduct the investigations themselves. The court has sent a clear message that Police Scotland should cooperate with such requests faster and without the need for expensive court procedures. 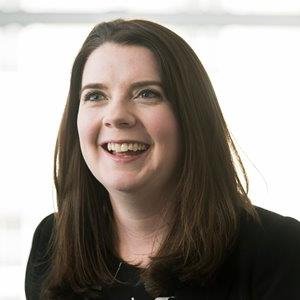