The Court of Appeal recently upheld a first instance decision where it was held that a passenger had capacity to consent to being driven by a drunk driver and the appropriate reduction for contributory negligence was found to be 20%.

The Court of Appeal found that the decision of the High Court was sound. The judge had been right to assess the Claimant’s actions, in travelling as passenger to a drunk driver at the relevant time, by the standards of a reasonable, competent and prudent adult.

Had the Court of Appeal upheld the appeal, this would have potentially allowed future claimants to argue that their intoxication was such that they were unable to appreciate the risk in travelling with a drunk driver.  Intoxication is not a characteristic relevant to the determination of the appropriate standard of care. This can be compared to children for example, and the relevance of their age, when determining contributory negligence.

Lord Justice Underhill highlighted that there may be occasions when an intoxicated individual may not be contributory negligent, such as a “person who while unconscious through drink is put by friends or others into a car which is then driven by an (evidently) drunken driver.”  Similarly, there may be occasions when “a person who is not totally unconscious may nevertheless be in a state where they are incapable of making a decision.”  The Court of Appeal made clear that the line between voluntary and non-voluntary conduct was to be determined by a judge. However, where this decision is that the conduct was voluntary, the conduct is assessed by the standards of a reasonable, competent and prudent adult.

Handing down judgment, His Honour Judge Robinson found that the lack of a seatbelt did not have any effect on the Claimant’s injuries, as he would have suffered catastrophic head injuries in any event. However, it was held that the Claimant should have appreciated the driver had drunk too much alcohol to be fit to drive, and that “if the Claimant had capacity to consent to a change of position in the car… he also had capacity to consent to being driven in the car.”

The Claimant was held to be 20% contributory negligent for his injuries.

The Court of Appeal noted that there were four matters in issue on the appeal and considered each in turn.

Lord Justice Dingemans, giving the lead judgment, found that the judge could not be criticised for addressing the issue of capacity when this had been put in issue on behalf of the Claimant. In the Particulars of Claim the Claimant had pleaded that he had been placed in the rear seat by the driver who knew that the Claimant “was unable to reach a capacitous or informed decision as to whether he wished be driven away”.

The Court of Appeal concluded that all the judge had done was “point out that a person is presumed to have capacity until the contrary is proved, and this did not amount to an impermissible reversal of the burden of proof in relation to the issue of contributory negligence.”

The first instance judge was aware of the evidential limitations in the absence of witness evidence from the Claimant or driver available.  Counsel for the Claimant had suggested that the judge should have considered other possibilities such as a group of people assisting the driver to move an unconscious Claimant to the rear of the car. Dingemans LJ stated this was “entirely speculative” and the layout of the car meant that the Claimant would have been awake in order to facilitate the move.

The findings of fact were soundly based on the known facts and reasonable inferences drawn from those facts.

The Claimant referred to the Australian case of McPherson v Whitfield which suggested a passenger should not be held responsible for a failure to take care of their safety if they were placed into or induced to enter the car of an intoxicated driver. Dingemans LJ referred to another Australian case, Morton v Knight, which applied an objective test of the reasonable man to the passenger. This was endorsed in Joslyn v Berryman where McHugh J stated “an intoxicated passenger who is sober enough to enter the car voluntarily is guilty of contributory negligence.”

The English decision of Owens v Brimmell was identified. This applied the objective approach. A drunken passenger accepted a lift from a drunk driver and was found to be 20% contributorily negligent. Although it was held that there was no Court of Appeal decision explicitly endorsing Owens, other cases also supported a finding that drunkenness of the passenger will not avoid a finding of contributory negligence. In Booth v White, it was held the passenger “could not rely on his own drunkenness” and it should be assessed what a reasonable man would have done in Mr Booth’s shoes.

Dingemans LJ concluded that HHJ Robinson had been right to judge the Claimant’s actions at the relevant time by the standards of a reasonable, competent and prudent adult. A reasonable man in the Claimant’s position when he assisted the driver to move him from the front of the car to the back would have appreciated that the driver had drunk too much to drive safely.

The Court of Appeal found that there was nothing to show that the judge’s apportionment of responsibility had been wrong. The facts and matters had been carefully considered and the judge had rightly identified the driver as the person to bear the substantial part of responsibility.

After considering the issues Dingemans LJ dismissed the appeal. The judge was entitled to find the Claimant had capacity at the relevant time, the findings of fact were properly made, the test of a reasonable, prudent and competent person had been applied correctly, and the 20% contributory negligence was a finding the judge was entitled to make. 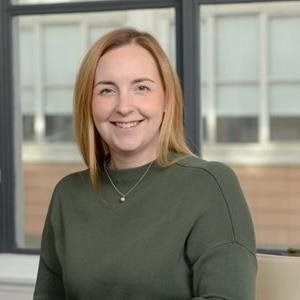