An automatic Fire Suppression System (AFSS) is an active fire protection solution that controls and extinguishes fires without requiring human intervention, or until the fire service arrives. According to the British Automatic Fire Sprinkler Association (BAFSA), sprinklers reduce injuries by at least 80%, reduce property damage by 90% and substantially reduce damage to the environment from fire.

The case is compelling – they save lives, reduce injuries, protect property (even when there is no one there) and, by suppressing and containing a fire, minimise financial losses. AFSS are widely recognised as the single most effective method of fighting the spread of fires in their early stages.

So why aren't they more widely used?

In England, whilst Building Regulations require all buildings to be constructed and designed to meet approved standards relating to fire safety, there is no positive requirement for sprinkler systems to be installed, and regulations can often be met through alternative means (such as providing additional means of escape). It is only compulsory to install AFSS in:-

Un-compartmented areas of shops or self storage buildings with open plan areas of over 2000m2;

Scotland and Wales have progressed further. Scotland has made it compulsory for sprinklers to be fitted in buildings above 18m, all new schools, care homes and sheltered accommodation.

Wales requires the installation of sprinklers in all new and converted houses and flats and all new high risk properties which include care homes, student halls of residence, boarding houses and certain hostels.

But, on the whole, the UK falls behind the rest of the world where in numerous other countries, sprinkler systems are compulsory.

A lack of understanding of the way in which fire suppression systems operate against a failure to understand the benefits is partly due to the reluctance to accept sprinkler systems into a building’s fire safety plan. Contrary to popular belief, a sprinkler system does not result in widespread water damage. Each head is independent and activates only in the area of the fire. A typical sprinkler discharges 55 litres per minute and can be effective in suppressing the fire. A firefighting hose discharges over 600 litres per minute! Furthermore, looked after correctly, sprinklers very rarely discharge accidentally.

As for installation of sprinkler systems into new buildings, incorporation at the design stage can keep costs to a minimum and it is estimated that the costs of a sprinkler system can be recovered in about 5 - 10 years, achieved through reduced insurance premiums, which can be cut by as much as 50%.

What lines ahead for the integration of fire supressant systems into at-risk buildings?

Several organisations are working hard to promote the value of sprinklers. The British Automated Fire Sprinkler Association (BAFSA) considers itself the UK’s leading professional trade association for the fire sprinkler industry and works closely with the government, building control officers and the fire and rescue service to provide information on the benefits of sprinkler systems in saving life and property from the devastating effects of fire. The National Fire Sprinkler Network (NFSN) was formed in 1998 from fire and rescue services from across the UK and promotes awareness of the value of sprinklers for life safety, the protection of property and the environment and for creating sustainable businesses and communities. The National Fire Chief’s Council (NFCC) seeks to drive development and improvement through supporting a number of safety initiatives, campaigns and government consultations. The Business Sprinkler Alliance (BSA) advocates increased business resilience by enhancing protection against fire and the increased use of sprinkler systems in commercial premises. Insurance companies are also actively getting involved analysing statistics, providing data and supporting campaigns. In the years since the Grenfell tragedy, there has been a marked increase in focus on fire safety and the role that sprinkler systems play in fire suppression.

According to analysis of data by the insurer Zurich Municipal [1], schools could be almost twice as likely to suffer a blaze as other types of non-residential buildings and cost on average £2.8m to repair. A significant school blaze costs taxpayers money, harms children’s education, disrupts community clubs and groups that use the building and puts lives at risk. A fire can render the building unusable for many months and destroy precious resources. A sprinkler system could prevent a small fire from becoming a major disaster, yet it is estimated that fewer than 1 in 6 new schools have been built with sprinkler systems installed.

The NFCC, along with BAFSA and several other organisations has called on the government to bring English standards into line with policies in Scotland and Wales. The current Government guidance, Building Bulletin 100: design for fire safety in schools (BB100) [2], no longer includes an expectation that most new school buildings will be fitted with fire sprinkler suppression systems and there are several loopholes which allow developers to follow alternative design guidance. Whilst the Secretary of State for Education is undertaking a review to update BB100 to ensure it remains fit for purposes, the present draft guidance includes a recommendation that AFSS should be installed in all new school buildings that have a storey with a finished floor level over 11m above ground level. In practice, very few schools are built with multiple storeys over 11m so the draft guidance falls short.

The pandemic has led to fears of a potential rise in warehouse fires. The growth of the e-commerce sector and online retail, has led to an increased demand for storage and distribution space. The concentration of combustible material in a warehouse means that a fire is likely to quickly take hold and destroy the building. A business with a sprinkler system, by contrast, may only suffer a minor interruption and find that they’re back ‘up and running’ with only a minor delay. Despite this, current Government guidance [3] only recommends sprinklers in warehouses of more than 20,000m2. Once again, the UK is behind other European countries where sprinkler systems are required in sites as small as 800m2. In France sprinklers are required to be installed in warehouses in excess of 2000m2; in Spain, 1800m2, Germany 1000m2 and in Norway sprinklers are required to be installed into every warehouse in excess of just 800m2. There have been calls for regulatory change in the UK which would benefit business and enhance UK productivity.

There is a compelling case to be made for the increased integration of AFSS. They save lives, reduce damage and enable business continuity. Through the continued engagement and involvement by the many organisations and companies that support the increased use of AFSS, it is hoped that we will, in future, see greater support from the Government into the compulsory use of AFSS, a better understanding of the benefits by developers, councils, businesses and building owners and a greater uptake overall.

[3] Approved Document B (ADB) provides guidance on how to satisfy the Building Regulations relating to fire safety in England and wales. www.gov.uk/government/publications/fire-safety-approved-document-b 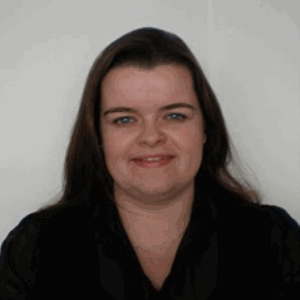