The Court of Appeal has determined that a courier who could offer other couriers a time slot he had personally signed up to was still classed as a worker, despite having a limited right of substitution.

An individual who provides a personal service would usually be classed as a worker under UK law unless they were able to provide a substitute to provide the services instead.

Mr Augustine worked as a courier for Stuart Delivery Ltd.  Couriers who signed up for a time slot via a mobile app, committing them to being available in a certain area at a certain time, would receive a minimum rate of £9 per hour.  A courier could release the slot via the app making it available to other couriers but if no one accepted the slot, the original courier would be liable for completing it, or incurred a penalty for failing to do so.

When his contract ended, Mr Augustine claimed unfair dismissal, notice pay and arrears of pay. The employment tribunal found he was a worker and not an employee. His case eventually ended up in the Court of Appeal which agreed with the employment tribunal’s decision.  The Court of Appeal found that the tribunal had correctly identified the relevant issue for determining worker status - namely personal performance under a contract - and whether any right or ability on the part of Mr Augustine to substitute another person was inconsistent with an obligation of personal performance.  Stuart Delivery had set up a system which ensured that couriers turned up for their slots. The limited ability of Mr Augustine to notify other couriers that he wished to release a slot was not, in reality, a sufficient right of substitution which removed him from that obligation to perform work personally.  Mr Augustine did not know which courier would take up the slot and could not put forward any given individual to do so.

This is an important decision in a growing line of employment status cases arising out of the gig economy.  The court will look at the reality of the situation, and in every case, determine whether the individual is under an obligation to provide their services personally (in which case they will be either a worker or an employee). Whether the individual is providing personal service comes down to whether they have a right or ability to appoint a substitute.  So the real issue in every case will be the nature and degree of any restriction on the individual’s ability to appoint a substitute, and the extent to which that is inconsistent with an obligation of personal performance.

Mr Augustine was employed by Data Cars Ltd as a taxi driver. He had to provide a vehicle for work by either using his own vehicle (if he had one) or renting a vehicle. He rented a vehicle from a company associated with Data Cars Ltd. He also chose to rent a uniform from Data Cars Ltd so that he could work as a designated "gold driver". He was not obliged to rent the uniform, but it was required to do gold level work, which was optional.

After Mr Augustine’s employment ended, he brought various employment tribunal claims, including that he was an employee or worker of Data Cars and had not been paid the NMW. The employment tribunal decided that he was an employee. On the question of whether he had been paid the NMW, a tribunal found that while some payments including fuel costs, valeting and insurance payments, should be deducted from Mr Augustine’s salary for the purposes of deciding whether he had been paid the NMW, deductions were not allowable for the car and uniform rental payments. This was because Mr Augustine had the option of using his own vehicle and rental of the uniform was also optional as he did not have to undertake gold level work. Mr Augustine appealed.

The EAT allowed Mr Augustine's appeal. Both the car hire costs and the cost of renting the uniform were deductions for the purposes of calculating whether Mr Augustine had been paid the NMW. A payment will be deductible for calculating the NMW if a payment is made by an individual ‘in connection with their employment’ and is not later reimbursed by the employer. It did not matter that it was not compulsory for the car or uniform to be rented. Payments do not have to be a requirement or necessity of employment to qualify as a deduction. In this case, the payments were both made by Mr Augustine in connection with his employment, so the EAT concluded that they were both deductible for calculating whether he had been paid the NMW.

NMW calculations can be tricky. This case shows the importance of looking carefully at the rules and considering whether workers are being paid the NMW. Allowable deductions can reduce hourly rates below the minimum.  Employers who get it wrong, even inadvertently, run the risk of claims from their workers and reputational damage. The government periodically publishes a list of businesses who have not complied with NMW law.

Mr Sullivan had worked as a senior sales executive for Bury Street Capital since 2009. Following the breakdown of a relationship in 2013, he began suffering paranoid delusions that he was being stalked by a Russian gang connected to his former partner. In May 2013, Mr Sullivan's condition caused difficulties with sleep and social interactions and affected his timekeeping, attendance and record-keeping at work. However, his employer had harboured concerns about these aspects of his performance since before 2013.

Although Mr Sullivan’s delusions had occurred over many years, the tribunal found that they had only had a substantial adverse effect on Mr Sullivan’s ability to carry out normal day-to-day activities during two discrete periods, each lasting a matter of months. The substantial adverse effect was therefore not 'long term'. The Court of Appeal decided that the tribunal had been entitled to reach this conclusion and also upheld their finding that the substantial adverse effect had not been 'likely to recur'. The question of likely recurrence must be assessed with the information available at the relevant time. The fact that the effect did subsequently recur was irrelevant, and the later delusions were themselves triggered by a specific event which was unlikely to continue.

This case shows the hurdles for claimants to overcome in establishing that they are disabled and how fact sensitive these cases are. While in many cases, the fact that a substantial adverse effect of a condition has recurred might strongly suggest that a further episode is something that could well happen, this will not always be the case.

On 9 November 2021,  following a public consultation, the Department of Health and Social Care announced that providers of CQC regulated activities in the health and social care sector must only deploy individuals who have been fully vaccinated against COVID-19 into roles where they have direct, face to face contact with patients and service users.  The decision follows the mandatory vaccination of care home workers which came into force in England on 11 November 2021.

The proposals extend mandatory vaccination requirements to all health and social care workers such as doctors, nurses, dentists and domiciliary care workers. The new rules will also capture non-clinical workers not directly involved in patient care such as porters and cleaners, receptionists and ward clerks.  The rules will apply whether the individual delivers their services directly, through an agency or if they are contracted to another provider. They will also cover trainees and volunteers.

The government’s announcement stated that the requirements will come into force in the spring, subject to the passage of the regulations through Parliament. There will be a 12-week grace period between the regulations being made and coming into force to allow those who have not yet been vaccinated to have both doses. Enforcement would begin from 1 April, subject to Parliamentary approval.  The government hopes this plan will allow time for health and social care providers to prepare and encourage workers' uptake before the measures are introduced.

Mandatory vaccinations are now required by law in England in the care home sector, with the health and social care sector soon to follow, but this is currently not the case for roles outside those sectors. This is unlike the position in a number of other countries around the world where mandatory vaccination appears to be gathering momentum.  In the UK the government currently only advises encouraging employees to take up the vaccine and notes that vaccinations are not suitable for everyone. There are a number of legal risks to consider when implementing a mandatory  vaccination policy and employers should tread very carefully weighing up those risks against their  health and safety obligations.  The first step should be to undertake a detailed health and safety risk assessment.

Government to introduce COVID-19 vaccination as a condition of deployment for all frontline health and social care workers - GOV.UK (www.gov.uk)

The ICO’s statutory data sharing code of practice came into force on 5 October 2021. The code provides practical guidance for organisations on how to share personal data in compliance with the requirements of the UK GDPR and Data Protection Act 2018.

Businesses often need to share personal data with other organisations. For example, an employer may use a payroll service provider to pay its staff. The Information Commissioner’s Office (ICO) has prepared a new code giving practical guidance to organisations on how to share personal data in compliance with the requirements of the UK GDPR and Data Protection Act 2018.  The code does not impose additional requirements on data sharing but it is designed to help organisations with complying with their legal obligations. The code covers a range of issues including transparency, the lawful basis for processing, the accountability principle and the need to document processing requirements.

Failure to comply with the code will make it more difficult to demonstrate that an organisation’s data sharing is fair, lawful and accountable, and could result in the ICO taking enforcement proceedings against the organisation.  The code can also be used in evidence in court proceedings, and the courts must take its provisions into account wherever relevant.

Employers who are sharing personal data with third parties should ensure that they comply with the new statutory code of practice on data sharing.  The ICO has updated its website which contains useful information, including a data sharing checklist and some data sharing templates. 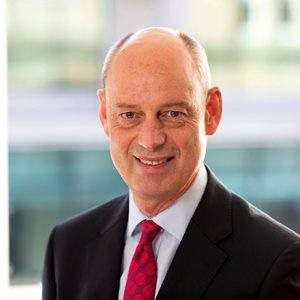