The background of the "Kangmei Pharmaceutical" Case

Further the former chairman and general manager, Mr. Ma Xingtian, his wife, and 4 former senior management such as Mr. Ma Xiwe, were held directly responsible and should assume 100% joint and several liabilities. In addition, 13 former D&Os such as Mr. Ma Hanyao, should respectively assume 20%, 10%, and 5% joint and several liabilities based on their degree of negligence, despite that the 13 former D&Os were not directly involved in the financial fraud. On 19 November and 24 November, the Plaintiffs and Kangmei respectively announced that they would not appeal against the judgment.

This case has led to nationwide discussions mainly due to the following two reasons:

First, this case is the first special representative litigation in China since the implementation of the new Chinese Securities Law. The ISC (China Securities Investor Services) acted as a representative under the special authorization of certain securities investors. At the same time, this was the largest securities case bought in Chinese legal history, both in terms of the number of participants and the amount of compensation obtained.

Second, the case highlights the risks to independent directors of Chinese companies and the growing importance of D&O insurance in China. 5 independent directors were ordered to pay compensation of CNY124-CNY245 million (approx. USD19.45-38.44million). This was despite the Court determining that they were not directly involved in the fraud and their remuneration in 2018 was only between CNY37,000 and CNY148,000 respectively.

The Characteristics of the Special Representative Litigation System (SRL)

Cost effective. The SRL system is designed to be a cost effective mechanism for the determination of shareholder claims. For example, the Court's fees may not need to be paid in advance and may be wholly or partially exempted even if the Claimant loses; if the investor protection institution applies for property preservation, the People's Court may decide not to require the provision of security.

Second, it adopts an "Opt-Out" representative regime. Under the new Chinese Securities Law, an investor protection institution mandated by 50 or more investors can register the qualified investors with the People's Court, unless any investor explicitly refuses to be registered. This "Opt-Out" regime is of great significance to investor protection, and the special representative litigation is therefore widely regarded as the class action system with Chinese characteristics.

Causation and Assessment of Loss

On causation, the Court held that there is an implied causation between the misrepresentations by Kangmei and the loss of the shareholders provided that the securities were purchased after the commencement of financial fraud (i.e. 20 April 2017, the date when Kangmei released its 2016 annual report) and were sold or retained after the date of disclosure (i.e. 16 October 2018, the date when the financial fraud was widely reported by the media).

On assessment of loss, under PRC Law the investment loss should be calculated with the price difference multiplied by the quantity of the securities sold or retained. Relying on each investor’s transaction data, the Court adopted the "Weighted Moving Average method / 移动加权平均法" to ascertain each investor's precise average purchase price. Meanwhile, the Court also adopted the relevant market index to evaluate the percentage of losses caused by systemic risks (which should be deducted in accordance with the PRC Law) on an investor-by-investor basis.

The Importance of the Company’s Purchase of D&O insurance

In addition to the discussion about the implementation of China's class action system, the Kangmei Pharmaceutical case has also focused attention on D&O insurance. In this case, the 5 part-time independent directors have not been implicated in the fraud but instead were found to be negligent in the performance of their directors’ duties. As the liability for compensation caused by negligent acts will generally be covered by the D&O insurance, the case confirms that independent directors in China need to ensure that they have adequate insurance to protect them against the risk that they will be found to have breached their duty as a director by failing to detect a fraud committed by other directors or management.

i. The interest in purchasing D&O insurance surges

The time point at which D&O insurance aroused attention is often related to litigation fraud incidents in the securities market. This can be clearly reflected by the figure below: the following figure shows the Baidu search index of the term D&O insurance since 2020. It can be seen that the hottest time point is still from the end of March 2020 to the beginning of May 2020, that is, the time when the Luckin case attracted most attention from the market, but the Kangmei Pharmaceutical case has shed light on the D&O insurance again.

Insurance companies generally make adjustments on the basis of the basic rate according to the risk level of different insured companies. The influencing factors include market supply and demand, supervision, and other factors. According to AON's statistics, the global fee rate has increased by about 200% from 2018 to 2021; and with the continuous increase in supervision, the advancement of the representative litigation system, and the rise of personal liability risks in China, it is expected that the industry average rate will continue rise. Especially for high-risk companies, the adjustment factors will be greater2. 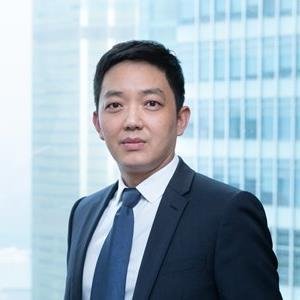 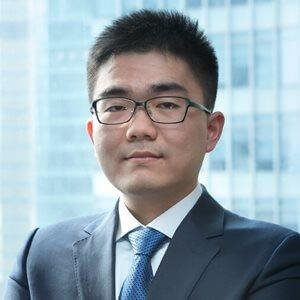