On 5 February 2021, the Federal Court of Australia approved the settlement of a motor vehicle warranty class action for $9.5million[1]. This was significantly lower than the aggregate claim value of $47.9 million and notwithstanding the strong prospect of success.  However, there were limited prospects of any better recovery, and those group members who participated in the settlement stood to receive 100% of their claimed amounts, supporting a view that the settlement was fair and reasonable.

This class action arises out of extended motor vehicle warranties issued by Davantage to Mr Evans and approximately 27,000 individuals who purchased a second-hand motor vehicle. The warranties conferred on Davantage an absolute discretion to reject claims even if they fell within the terms of the warranty and were not the subject of an exclusion. It was alleged that, among other things, the warranties were unsupported by consideration and that Davantage’s conduct in issuing the warranties, which did not have any substance or provide any substantial protection for Mr Evans and the group members, amounted to unconscionable conduct, the conduct was misleading and/or deceptive and the contract terms were unfair.

After that, the applicant brought an unsuccessful application against Davantage’s primary and excess layer insurers for access to insurance documents concerning Davantage[4]. Clyde & Co acted for the excess insurers in successfully resisting that application.

Late last year, the parties agreed to settle the group proceeding for $9.5 million subject to the Federal Court’s approval under s 33V of the FCA. Considering the total sum sought in the proceeding, this was a significant reduction on the claimed amount. However, for reasons clearly articulated, Beach J granted approval.

His Honour accepted that $9.5 million represented a small recovery when having regard to the total aggregate value of the claims, being $47.9 million. During the proceeding, it had become apparent that Davantage did not independently have the capacity to satisfy any substantial adverse judgment. Its financial position had deteriorated, its parent company had declined to indemnify it in respect of any settlement or judgement against it, and each of its insurers had denied indemnity. Further, successfully testing the insurance position seemed unrealistic and would incur significant costs where there was no indication that there would be a different outcome for the group members’ recovery.

His Honour was therefore satisfied that the $9.5 million payment offered by Davantage to settle was the best recovery that could be achieved in the circumstances, even though some of the applicant’s and group members’ claims were strong.

Other considerations in favour of settlement included the fact that no objections to the proposed settlement had been received and, given the low level of registration of participating group members, the settlement sum would be more than adequate to satisfy 100% of the group members claims even after deductions totally approximately $3.5 million for the proposed Settlement Distribution Scheme (SDS), or 62.6% of the settlement sum, for legal costs, funder’s commission and applicant’s reimbursement payment.

His Honour considered all this was justified and noted that the funder had commenced proceedings subject to a funding agreement and after obtaining a CFO, which obviated the need for book-building and kept the class open. The sum sought in the SDS by Vannin Operations Limited (Vannin) turned out to be less than the original CFO contemplated.

The Court was required to consider whether it would be “just” to grant the litigation funder a CFO pursuant to s 33V(2) of the CFA, noting that the previous CFO made prior to the Brewster decision was no longer suitable in respect of distribution.

Reflecting the modest settlement sum, Vannin reduced the amount it was seeking under the SDS from a multiple of 3 to a multiple of 1 of the costs it had paid, being a smaller sub-set of the full amount contemplated by the original CFO. Beach J accepted those terms as just, noting Vannin bore the risk of recoverability and continued to fund the class action even after it became apparent that Davantage may not have sufficient assets to satisfy a judgment debt obtained against it, and that Davantage’s insurers declined to indemnify it. Further, although the funder may have contemplated withdrawing its funding or legal support, that did not eventuate.

The proceeding was settled after Brewster, a decision made after his Honour’s making of the original CFO in this proceeding, and before the settlement and s 33V application. His Honour held that it was appropriate to make some form of CFO, and that s 33V(2) empowers the Court to make orders in respect of distribution of the settlement, whether labelled as a common funding order, an “expense sharing order” or an “equitable remuneration order”. His Honour did not seek to dwell on the “triviality of labels” and said that Brewster “is not authority for the proposition that there is no power to make a CFO-type of order under s 33V(2)” but rather it focused on the “gap-filler” s 33ZF(1).

Given the likelihood that there would be a surplus following distribution, the Court also had to consider whether it would be “just” to distribute any surplus money to either the group members and/or Vannin. Ultimately, Beach J held that it would be “more just” to return any surplus to Davantage as opposed to distributing the windfall to group members. Alternatively, the surplus monies could be given to an appropriate charity. Ultimately, his Honour concluded that the SDS was to be amended:

In effect, this decision side steps the High Court judgment in Brewster restricting the power of the Federal Court, under s 33ZF, from making CFOs by invoking its power under s 33V(2). This ruling is a positive development for litigation funders and confirms that CFOs are still available in the exercise of the Federal Court’s power in approving a class action settlement.

That said, it does not change the fact that litigation funders will still not be able to obtain assurances as to costs and outcomes through a CFO at an early stage in the proceeding. To some extent, this is not major change as CFOs made at the start of a proceeding (pre-Brewster) provided, in the words of his Honour, “a ceiling, not a floor” and were subject to further order if necessary.

The outcome serves as a cautionary note against focussing on the percentage return to the group members as a whole, and rather on the net amount each group member will receive once the return has been distributed. With such low registration compared to the overall size of the potential group, each participating group member was in line to receive 100% of each claim. In the words of his Honour:

So the present case is a good example of the fallacious reasoning of those who take headline percentages of gross recoveries from settlement sums and seek to transmute them into the real returns of group members who have taken proper steps to protect their interests by registering their participation in any settlement.[5]

The difficulties in recoverability may have been so compelling that settlement was warranted because there was no prospect of any recovery greater than what was offered, unless at significant cost and with uncertain outcome, such as seeking to pursue related entities or challenging insurers’ decisions on indemnity. 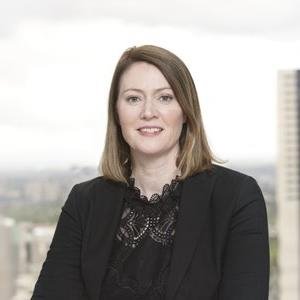