Clyde & Co acted for Dr M in a claim brought by the Claimant, Ms Evie Toombes, for her ‘wrongful conception’. A liability only trial took place at the High Court in London over 2 days on 22 and 23 November 2021 before HHJ Coe QC. Judgment was handed down on 1 December 2021 in favour of the Claimant.

Given the nature of the claim and the facts giving rise to it, the claim has attracted significant media attention and has been closely followed by both the medical and legal professions. This article examines the Judgment and discusses its implications and lessons learned.

The Claimant, who is now 20, was born on 19 November 2001. She suffers from lipomyelomeningocele (“LMM”), which is a form of neural tube defect. She underwent spinal cord untethering on 4 March 2003, when she was 16 months old. She continues to suffer from weakness and impaired mobility. She has a neuropathic bladder requiring intermittent self-catheterisation. She suffers from bowel incontinence and constipation. She requires feeding via a nasogastric tube.

The claim arises out of Dr M’s consultation with the Claimant’s mother, Mrs Caroline Toombes, on 21 February 2001 (over 20 years ago). It was alleged that Dr M failed to give proper pre-conception advice about folic acid supplementation and that, had she been properly advised, she would have delayed conception. In such circumstances a normal, healthy baby would have been born at a later date but without the neural tube defects from which the Claimant suffers.

Trial of the Preliminary Issue

Before the liability trial, a trial of the preliminary issue of whether the Claimant could bring a claim was heard in the High Court in November 2020 before Lambert J. We consider it prudent to briefly revisit this Judgment as it gives context to the liability issues that were to be determined at trial.

Part of Dr M’s original Defence was that the Claimant’s claim was properly categorised as a claim for “wrongful life” and was therefore not permitted under the Congenital Disabilities (Civil Liability) Act 1976 (CDCLA) and as per the authority in McKay v Essex Health Authority [1982] 1 QB 1166 (CA). It was therefore contended that the claim disclosed no reasonable cause of action and should be struck out.

The Claimant’s claim, as pleaded, sought wide permission from the courts for Claimants to run “wrongful life” arguments. However, the nature of the challenge to the law narrowed significantly by the time of the trial of the preliminary issue such that the Claimant sought to rely solely on section 1(2)(a) of the CDCLA. We reproduce the relevant section as follows:

(1) If a child is born disabled as the result of such an occurrence before its birth as is mentioned in subsection (2) below, and a person (other than the child’s own mother) is under this section answerable to the child in respect of the occurrence, the child’s disabilities are to be regarded as damage resulting from the wrongful act of that person and actionable accordingly at the suit of the child.

(2) An occurrence to which this section applies is one which—

(a) affected either parent of the child in his or her ability to have a normal, healthy child; or

(b) affected the mother during her pregnancy, or affected her or the child in the course of its birth, so that the child is born with disabilities which would not otherwise have been present.

The Judgment therefore focussed solely on the meaning of the CDCLA and, in particular, section 1(2)(a) above.

Lambert J held that a cause of action under section 1(2)(a) for the CDCLA involved three components, namely:

Components 1 and 3 were made out (if negligence was established) such that the focus of the Judgment was on the very narrow issue as to the definition of an “occurrence” under the CDCLA. This necessitated a detailed review of the Law Commission’s “Report on Injuries to an Unborn Child” following which the CDCLA was enacted. It was the Defendant’s case that the event or happening must be something that changed the Claimant’s mother’s physiological state which rendered her incapable of having normal, healthy children. As there was no such change in Mrs Toombes’ physiological state, it was argued that there was no “occurrence” within the meaning of the CDCLA.

Lambert J rejected this argument. She held that the CDCLA did not require any change or alteration in the mother’s physiological state for there to be an “occurrence”. She relied on subsection 1(3) of the CDCLA in support of her position which states that a claim can be brought by the child even if the mother has no actionable injury herself. It was held that on the facts of the present case it was sufficient that in reliance upon negligent advice the Claimant’s mother had sexual intercourse (the “occurrence”) without the benefit of folic acid supplementation.

The trial of the preliminary issue proceeded on the basis of an agreed set of facts that placed the Claimant’s claim at its highest. Those facts were not agreed for the purposes of the liability trial. Accordingly, the issues to be determined at trial were as follows:

The first of these issues relates to breach of duty with the second two issues relating to causation.

The trial proceeded based on factual evidence only. No expert evidence was permitted at the trial. Of note, the Claimant had already conceded that if Dr M had advised Mrs Toombes as set out in his witness statement, then there was no breach of duty. Dr M could not recall the consultation over 20 years ago and relied on his usual course of practice.

It was the Defendant’s primary argument that Mrs Toombes was likely already pregnant at the time she saw Dr M. The Claimant was born around 40 weeks after the consultation. The only evidence in support of Mrs Toombes’ contention that she was not already pregnant was her and her husband’s evidence that they did not have sexual intercourse from the date she stopped taking the pill on 11 February 2001 until after the consultation with Dr M on 27 February 2021. All other evidence was consistent with Mrs Toombes already being pregnant. It was submitted that her evidence was neither reliable nor credible as it had changed and evolved over the course of the claim (a Letter of Claim was first served in 2006) to try and plug holes in the case. In particular, the Letter of Claim stated that the Claimant was conceived at about the time she saw Dr M. It was only after the Defendant responded to the Letter of Claim that folic acid supplementation would not have avoided the specific type of neural tube defect from which the Claimant suffers, did a new story emerge many years later that Mr and Mrs Toombes would have avoided unprotected sex; they then later asserted that they would have abstained from sex altogether (as contended in their witness statements served only two months in advance of trial). It was therefore submitted that the Claimant’s mother’s evidence could not be relied upon and that this also had a knock-on effect as to the reliability of her evidence as to what was discussed at the consultation with Dr M.

The Judge found both Mr and Mrs Toombes to be honest and straightforward witnesses and had no reason to doubt their credibility.

It was accepted that Dr M had no recollection of the consultation and was therefore entirely reliant on his usual practice and his note which read: “Preconception counselling. adv. Folate if desired discussed”. The Judge did not accept Dr M’s evidence that, in accordance with his usual practice, he advised a 400 µg supplement for women preparing for pregnancy and in the first trimester. He would additionally advise that if a patient had very good folic acid intake from their normal diet, then the benefit of supplementation would be less important although the dietary intake of folic acid would need to be very good in order to avoid the need for the 400 µg supplement. The Judge found that Dr M was attempting to reconstruct a conversation/consultation on the basis of an “inadequate note” which required him to speculate or make assumptions about what was said. She found that his evidence was unreliable.

As the liability issues ultimately came down to an assessment as to the credibility of the witnesses, the Judge found in favour of the Claimant on all three issues.

There is a concern as to the implications this may have for wrongful life claims. There is no longer any bar to “wrongful life” claims where the premise of the claim is that a child bringing it would not have been conceived at all, as long as the relevant criteria are met.  However, it is important to bear in mind that, as per Lambert J’s Judgment, there is still a requirement to prove a causal link between the “circumstances of the sexual intercourse and the disability”. Lambert J in her Judgment used the example that negligent but reassuring advice concerning the parent’s genetic status leading to the birth of a disabled child would not be sufficient. This is because the genetic status of the parents is unaffected by the negligent advice. In the Claimant’s case it was the alleged negligent advice that led to the Claimant’s parents engaging in sexual intercourse when the mother was folic acid deficient. (At trial, evidence was elicited that the Claimant (but not her mother) appears to accept that folic acid would not have prevented this type of neural tube defect; the timing of the sexual intercourse was the key issue). A causation hurdle remains, and whether claims succeed will be very much fact specific and will rest upon whose evidence a judge prefers as this case demonstrates.

As to lessons learned, this is a reminder to medical practitioners of the need to take clear and detailed notes of their consultations. Without the evidence of a clear and contemporaneous note of the consultation to substantiate the doctor’s version of events, such claims are often difficult to defend – this is the case even when a doctor is adamant they would have followed their usual and routine practice which is deemed not to be negligent. It is also imperative that doctors ensure their patients understand the advice they are being given and that any patient’s questions and answers given are recorded.

We will be hosting a Webinar on the decision next week and would be more than happy to answer any questions about the Judgment you may have. Please send these to us in advance by contacting Ben Shoebridge or Jo Bower. You can register your interest in the webinar using the button below. 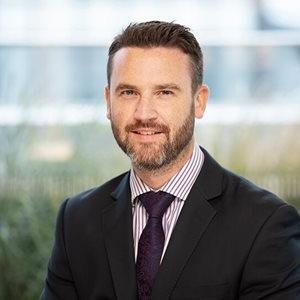