The demanding pace and challenges of the legal sector can take its toll on those who work within it and there has been no shortage of commentary on health, including mental health, issues in the profession, particularly since the start of the pandemic.

Unlike some other regulated professions, the solicitors’ profession in England and Wales has no “fitness to practise” regime; it is often left until something has gone wrong before the regulator steps in. For those solicitors who find themselves before the Solicitors Disciplinary Tribunal (“SDT”), not infrequently the SDT is sympathetic to health issues pleaded in mitigation but still considers they must impose serious sanctions.

The question is whether there is a better way. In 2019, the SDT stated in response to the Consultation on the Making of Procedural Rules in Relation to Applications to the Tribunal that it would “encourage” the Solicitors Regulation Authority (“SRA”) to consider carefully whether it should adopt fitness to practise procedures. It expressed the view that where ill-health was a significant factor in misconduct and continued to affect the person, a separate fitness to practise regime would be more suitable than disciplinary proceedings before the SDT.

The SRA - in its capacity as the agency carrying out the profession’s regulatory function - already has the power to introduce a fitness to practise regime. Following the Legal Services Act 2007, which amended section 31 of the Solicitors Act 1974 (“the Act”), the SRA may “make rules for regulating in respect of any matter the professional practice, conduct, fitness to practise and discipline of solicitors…” [emphasis added]. However, to date, the SRA has declined to make use of its powers in this regard.

A fitness to practise regime has been applied with some measure of success in other professions. The General Medical Council sets out that due to the trust placed in doctors by their patients, if a doctor’s health causes their performance to suffer, they should not continue in unrestricted practice while that impairment continues to affect them. Of course, a fitness to practise regime need not be binary in nature (either preventing practice entirely or allowing unfettered practice): appropriate conditions on practice can be applied.

Perhaps more directly analogous for solicitors, the Bar Standards Board (“BSB”) Handbook defines as “unfit to practise” an individual who is “incapacitated due to his or her physical or mental condition; and, as a result…impaired” and for whom “the imposition of a restriction...is necessary for the protection of the public…”. The BSB has a distinct process in relation to issues arising under their fitness to practise regime, which is not punitive in nature and is separate from disciplinary proceedings.

By defining the level of “fitness” that a professional is required to maintain in order to practise, these regulatory regimes place health issues firmly on their regulatory agenda and can better address those (rare but highly publicised) situations that can arise where a solicitor is perhaps deemed too ill to be prosecuted before the SDT but is not prevented from continuing to practise.

Given that we may all be affected by health issues at some point over our careers, the concept of a regime that can appropriately address serious issues at an early stage before they result in any damage to clients or to the reputation of the profession has some attractions. However, a fitness to practise regime for solicitors would be no panacea; no regulatory regime could be. Is it realistic that people will come forward within a fitness to practise regime and voluntarily identify issues that may affect their livelihoods? Even absent any possible financial implications or feelings of stigma, even usually self-aware individuals may not be best placed to appreciate the impact of their own health issues at the relevant time. Equally, can we reasonably expect co-workers to come forward and raise issues where no damage or regulatory breach has yet taken place? What of the solicitor suffering from a depressive illness after the breakdown of a relationship, or the one in the latter stages of their career who is no longer quite as alert as they once were? The fact that, in today’s world of hybrid working, we are no longer working side-by-side with colleagues on a daily basis may make issues harder to spot, let alone address. Indeed, are legal professionals really best placed to identify which health issues could ultimately become a client protection issue?

However, the current regime for solicitors does not put in place a regulatory framework that allows the SDT properly to take into account the reasons that could have caused a solicitor's misconduct. As such, it is very difficult to see an analogous outcome in the legal profession to the highly-publicised case of Dr Bawa-Garba, a doctor sentenced to a 2 year suspended prison sentence for gross negligence manslaughter, yet who was - in light of significant mitigating factors – allowed to return to practice (albeit initially with conditions). For now at least, the SRA appears to favour a disciplinary approach where it considers there have been regulatory breaches. Will it change its stance in the future? That remains to be seen. 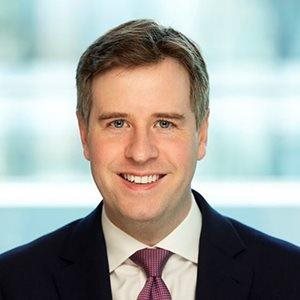