This issue of what constitutes a sufficient notification of circumstance under a claims-made insurance policy has again been considered by the NSW Court of Appeal.

In P & S Kauter Investments Pty Ltd v Arch Underwriting at Lloyds Ltd [2021] NSWCA 136, the Court provides guidance on the level of detail required by an insured when providing notification of facts that might give rise to a claim.

In this case, the Court of Appeal determined that the notification did not give rise to a realistic possibility of a claim.

While the decision is very fact dependent, it serves as a reminder of the requirements for a successful notification of facts under a claims-made policy. The decision also suggests a divergence between the Australian and English law regarding the test for adequacy of notifications.

The decision also deals with issues of non-disclosure and misrepresentation and provides an example of circumstances in which the Court was prepared to grant insurers the right to avoid the policy ab initio on the basis of a fraudulent misrepresentation.

The appellants were self-managed superannuation funds who received financial planning advice from Moylan Retirement Solutions (MRS) and its principal Christopher Moylan. Between 2006 and 2009, the appellants made investments at the suggestion of Moylan by way of unsecured loans to Moylan Investments Group (MIG), a company that Moylan was the sole director and shareholder. In September 2010, MIG was wound up, and in August 2014, MRS was deregistered. The appellants were unable to recover their investments.

As a result, the appellants proceeded to sue MRS' professional indemnity insurers directly to recover the indemnity payable regarding MRS' liability to them for negligent financial advice, misleading and deceptive conduct and breach of fiduciary duties.

In January 2013, when seeking to renew its insurance policy, MRS had notified the insurers that:

The primary judge held that the Notification was insufficient to advise the insurers of the facts that might give rise to a claim, but rather a notification of “bare possibilities”.

The judge also held that the Notification (which was provided at renewal) contained fraudulent misrepresentations, as the misstatements could not have been negligent or accidental. Mr Moylan knew the basis that underpinned his statements to be incorrect.

As a result, the judge held that the insurers were entitled to avoid the 2013/2014 Policy in its entirety.

On appeal, the issues relating to notification and disclosure were:

The Court of Appeal upheld the primary judge’s determination that the Notification was insufficient and that the information provided by MRS included no facts "which might give rise to a claim". The effect of the Notification was that the insurer was merely aware that should investors suffer a loss of invested funds, there was a "chance' that they might claim against MRS. For a notification to be considered sufficiently factual, it must be objectively capable of advising of the possibility of a claim.

The Court highlighted that the Notification failed to identify several objectively essential facts necessary to notify whether the circumstance "might give rise to claim," including:

Regarding fraudulent non-disclosure or misrepresentation, the Court focused on the representations made in the Notification. Mr Moylan provided the Notification to the insurers at the time of renewing the policy for the 2013/2014 period. The renewal proposal form that accompanies the Notification contained a declaration that the proposal and any accompanying information would form the basis of any insurance contract.

The Court of Appeal found that, although s 21 of the Insurance Contracts Act 1984 (Cth) prevents a ‘basis’ clause from having effect as a warranty, the statement made it clear that the information provided was to be considered in determining whether to renew, and if so on what terms.

The Court of Appeal upheld the primary judge's finding that each statement in the Notification was false, and that Mr Moylan had dishonestly concealed the true facts to obtain the renewal. Such findings justified the conclusion of fraudulent misrepresentation and entitling the insurers to avoid the Policy.

The decision should be welcome news for insurers, as it confirmed that an Insured must provide a relatively high level of detail when making a notification of circumstances. The decision should give brokers some guidance when considering the level of detail to seek from their clients regarding the notification of circumstance, particularly at renewal.

The Court's determination regarding the level of detail required can be contrasted with the recent English Court of Appeal decision of Euro Pools Plc (in administration) v Royal & Sun Alliance Insurance Plc [2019] EWCA Civ 808.

In Euro Pools, the English Court confirmed that notified circumstances that “may” give rise to claims set a deliberately undemanding test and required only a possibility of claims in the future. In addition, an insured did not need to know the causes of the problems or the consequences that may flow from them. Further, an insured may notify a problem, even where the exact scale and consequences are unknown, a so-called “can of worms” or “hornet’s nest” notification.

The NSW Court of Appeal’s decision suggests that the Australian approach to notification has deviated from English law principles and provides a more stringent test. Consequently, it is likely to mean that it will be more difficult for an Australian insured to make a 'can of worms' notification successfully, and insurers in the London Market should be aware of the difference. 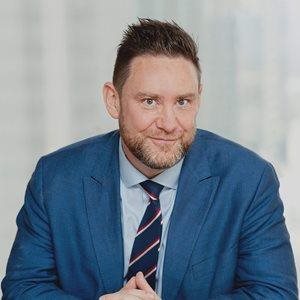 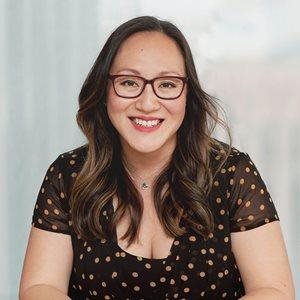 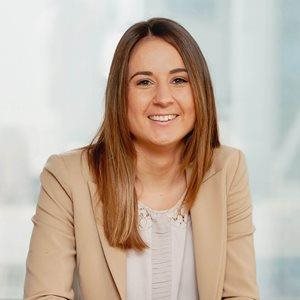