Insurers, brokers and buyers will need to get to grips with the exposures presented by Special Purpose Acquisition Companies (SPACs) and the coverage issues they present.

SPACs are not a new phenomenon but they have been hitting new heights. As of October 2021, SPACs had raised USD 138 billion in IPOs in the US since the start of the year.

As it looks to bolster London's competitiveness post-Brexit, the FCA moved for a piece of the action. In August, it brought in changes to the listing rules designed to increase investor protection whilst making the UK a more attractive jurisdiction to list SPACs. In November, London announced its first SPAC following the rule change with the news that venture capital group Hambro Perks is seeking to raise £150 million to fund an acquisition vehicle through listing on the LSE. This is likely to be the tip of the iceberg and we expect a flurry of SPAC listings in the UK in the coming year.

Investors will need to tread carefully.

At the end of the day, M&A activity is by its very nature an area that attracts substantial litigation, whether it is a SPAC or other structure of deal, and this can – even when meritless – cause substantial defence costs in the tens of millions to be incurred.

There is risk at every stage in a SPAC lifecycle which require companies and their directors and officers (D&Os) to obtain adequate insurance coverage. Depending on who is sued, this could potentially involve three different sets of insurance: for the SPAC, the target and the combined company, and their respective D&Os.

Obtaining cover in the current hard market, against a backdrop where the SPAC has no financial or operational history, will be challenging.

Underwriters will likely approach these risks with a high degree of caution, heavily scrutinising whatever information is available – such as around the integrity and track record of the D&Os in question, and those who are sponsoring the transactions, as well as the size of the public offering, the proposed investment strategy and the proposed due diligence. Those looking to transfer the D&O risks attached to SPACs will need to be prepared. 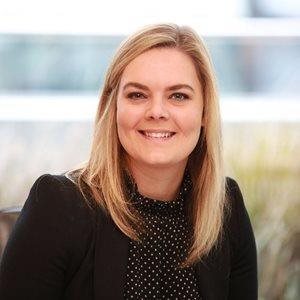 05 August 2021
SPACS in the City, increasing exposure to D&O insurers

SPACS in the City, increasing exposure to D&O insurers