Following four years of deregulation under Trump, US regulatory enforcement activity will increase substantially as President Biden’s policies are fully implemented and the US comes out of the COVID-19 pandemic.

There is a strong expectation that the Biden Administration will: (1) increase scrutiny of financial institutions and Wall Street; (2) shift to implementing broad social policy goals through regulation of public companies and new disclosure requirements; (3) increase oversight of market participants in many areas; and (4) increase international co-operation, causing more parallel investigations in different countries.  In particular, US regulators will closely scrutinize Environmental, Social and Governance (ESG) issues, including climate change and diversity disclosures.

In FY2021, SEC enforcement actions increased by 7% and the SEC’s whistleblower program had another record-breaking year. The SEC made more whistleblower awards in FY2021 than in all prior years combined. New SEC Chair Gary Gensler, who helped implement the Dodd-Frank Act as Chairman of the CFTC and is known as a “tough regulator”, is “better resourced, highly active and more aggressive” than his predecessor. In addition to ESG, under Gensler the SEC will focus on a number of other areas, including cyber, cryptocurrency, online trading platforms, meme stocks and SPACs.

In recent releases, the SEC stated that it will require admissions of wrongdoing in certain enforcement settlements and revitalize the rulemaking process with regard to claw backs of erroneously awarded compensation. The SEC will also seek to hold individuals as well as companies accountable. In FY2021, 70% of SEC standalone actions in 2021 involved at least one individual defendant or respondent, and the SEC filed 143 “follow-on” administrative proceedings seeking bars against individuals. These trends will continue in 2022.

Under Trump, corporate crime enforcement fell significantly. The US Department of Justice (the “DOJ”), however, recently announced a series of new actions designed to demonstrate the DOJ’s commitment to combatting corporate crime and holding individuals accountable. Also, during FY2021, the DOJ filed 250 cases under the False Claims Act (“FCA”), the highest number since 1994. Relators filed an additional 672 FCA actions on behalf of the government, the most since 2017 and one of the highest totals ever.

As a result, D&O insurers can expect to see more claims for coverage relating to regulatory investigations and actions as well as follow on shareholder actions and other types of civil litigation against companies and their directors and officers. 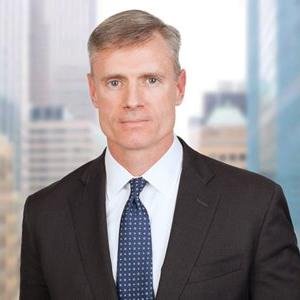