Real Estate Visions 2022: What’s on the horizon for real estate in the year ahead?

2021 proved to be yet another turbulent year dominated by the Covid-19 pandemic. But, for the real estate sector, it was also a busy year for announcements of other new government policies and proposals for legislative reform. In this, the first of our Real Estate Visions Series 2022, we look at some of the key legislative measures that are on the horizon.

The Leasehold Reform (Ground Rent) Bill should become law in early 2022 with the provisions coming fully into force within six months of receiving Royal Assent. The Bill will restrict ground rents of houses and flats in most new long leases (those with a term over 21 years) to zero. Landlords who breach the new law will be liable for a fine of up to £30,000. Retirement home leases will also be caught by the restrictions, but not until at least 1 April 2023.

The ground rent restrictions will not apply to new leases granted pursuant to a contract made before the date the new law comes into force nor will they apply retrospectively to existing leases.

The reform of ground rents is just the first (and arguably the most straightforward) of a package of wide-ranging reforms outlined in several Law Commission reports and government consultations over the last few years, intended to make leasehold ownership fairer. In 2022, we expect to see further progress on the more substantive reforms, including the introduction of draft legislation for changes to the existing law on enfranchisement rights and leasehold extensions.

Residential developers, landlords and leaseholders should continue to monitor the progress of these reforms carefully and respond to any further consultations issued.

The Building Safety Bill will continue to make its way through Parliament and is expected to receive Royal Assent in 2022. When the Bill eventually becomes law, it will transform the way in which buildings, especially high-rise buildings, are designed, built, altered and maintained and open up new avenues for building defect claims.

Disagreement over whether its provisions go far enough (for example, in protecting tenants who face exorbitant service charge bills for remedial works) means we are likely to see much scrutiny and debate in Parliament before the Bill is passed. The government has said that it wants the bulk of the new provisions to come into force within 12 to 18 months of the Bill receiving Royal Assent, but that certain provisions (such as extending the limitation period of the Defective Premises Act 1972 retrospectively and applying this Act to refurbishments prospectively) should come into force earlier.

So, in reality, we are looking at 2023 before most of the changes kick-in, but the government is encouraging future duty-holders to start preparing for changes now because they are so significant.

Look out for more analysis in our Real Estate Visions 2022 Series article The practical impact of the Building Safety Bill for developers and building managers, later this month.

The RPDT will help re-coup some of the government’s costs in providing funds for the remediation of unsafe cladding in high-rise buildings and is set to be introduced from 1 April 2022. The new tax will be charged on residential developers’ profits above £25 million, at a rate of 4%.

In a recent update to the draft legislation, non-profit housing providers will be exempt from RPDT but developers who do not fall within this exemption will not benefit in relation to any affordable housing that they provide.

Further guidance from HM Revenue and Customs on how the tax will be applied is needed as there are still many areas of uncertainty (for example the treatment of forward funding arrangements).

A long time in the making, the National Security and Investment Act (NSIA) received Royal Assent in April 2021 and came into full effect on 4 January 2022. The NSIA is intended to help tackle a wide range of new and constantly evolving security threats by giving the government extensive call-in powers to scrutinise and, if necessary, intervene in certain transactions. This could include real estate acquisitions, whether structured as asset or share sales, that it ‘reasonably suspects’ could give rise to a risk to national security.

Ultimately, the government has powers to block or unwind the transaction. The NSIA sets up a notification regime which parties can use to obtain clearance prior to completion of a transaction, but this process will incur delays and additional cost so should only be considered where notification is mandatory or where there is a perceived risk of call-in.

Whilst, technically, the NSIA could capture real estate transactions the government has indicated that it expects to call in very few of these. Unfortunately, the guidance on this is not as definitive as we would like it to be and the NSIA creates much uncertainty for those operating in the real estate sector. As this is new law, we will need to wait and see how practice develops.

For further reading on the detail of the NSIA, see our Real Estate Visions 2021: National Security: red alert for real estate investors.

The government has long planned to introduce a requirement for overseas owners of UK property to provide details of beneficial ownership on a publicly accessible register. This is one of several measures intended to combat the use of UK property for money laundering.

The draft Registration of Overseas Entities Bill was first published in 2018 and further considered in 2020. Since then progress has stalled, however the Bill remains on the political agenda and the government recently re-affirmed that it intends to introduce it to Parliament as soon as time allows.

For details of preparatory steps that overseas entities should be considering now, see our Real Estate Visions 2020: Transparent Property.

Pandemic rent arrears: what next?

The advent of the Commercial Rent (Coronavirus) Bill (expected to become law in March 2022) means that, for Covid-19 related rent arrears ring-fenced by the Bill, the current restrictions on landlords’ enforcement action will continue to apply beyond March 2022 together with new limitations on the issue of debt claims and on the drawing down of rent deposits.

The Bill also sets up a new, binding arbitration process under which landlords and tenants will be able to apply to an arbitrator to settle disputes related to ring-fenced arrears. For other arrears, the current restrictions will fall away on 22 March 2022.

The BPF suggests that the majority of landlords and tenants have already reached agreement on how to deal with pandemic rent arrears (the Bill will not undo these) and the government is still pushing for parties to work towards voluntary agreement in 2022 rather than using the new arbitration process. However, there is no doubt that this is a bold step by the government. It is seeking, in 2022, to provide a single route for the resolution of pandemic arrears disputes by establishing an entirely new dispute resolution system.

For a detailed discussion of the operation of the Bill and the hurdles that the new dispute resolution system may face, see our recent three part series New coronavirus debt legislation: Part 1 – what is changing; Part 2 – arbitration process; and Part 3 – mission impossible.

Watch out for further insights from the Clyde & Co Real Estate Team in our Real Estate Visions Series 2022, where we forecast the key legal developments and trends that we think will shape the UK real estate market. 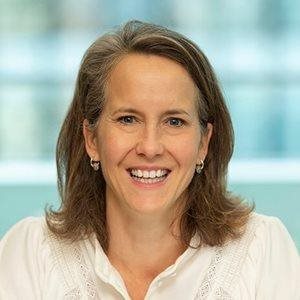 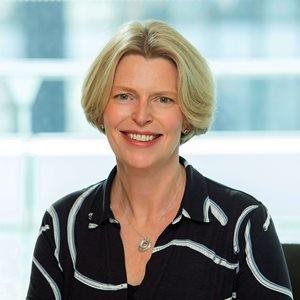