In the autumn of 2018, Dr. Stephen Thaler submitted patent applications to the UK Intellectual Property Office (UKIPO), among other jurisdictions, for his Artificial Intelligence system named ‘Device for the Autonomous Bootstrapping or Unified Sequence’ (DABUS). Upon its creation, DABUS was initially programmed and trained by a human to accumulate knowledge. As it learned, the system was able to produce concepts for human approval before transitioning to a position where it could operate without the need for human intervention at all. Indeed, the system reached an intellectual level where it was able to make inventions such as a food container and an emergency warning light.

Thaler submitted the applications in his own name but had outlined that he was not the inventor. Instead, DABUS was named as the inventor with Thaler believing he had acquired the right to a grant of the patent by owning the system. The UKIPO rejected this on the basis that DABUS did not meet the definition of ‘inventor’ under the Patents Act 1977 as it was not a ‘natural person’ pursuant to sections 7 and 13. Without meeting this threshold, DABUS was not able to transfer any patentable rights to Dr. Thaler as the system was neither a natural person nor an inventor.

The High Court, the Court of Appeal and their decisions

Dr. Thaler sought to challenge the UKIPO in the High Court, basing his argument on the following: (1) that the UKIPO had prejudged its findings by following guidance in the Patent Formalities manual, (2) the UKIPO had misinterpreted the Patents Act 1977 and (3) section 13 of the Act had been used illegitimately to deny Thaler the right to a grant of the patent.

Both majorities in the High Court, September 2020, and the Court of Appeal, September 2021 aligned with the UKIPO’s initial decision. Fundamentally, the Court of Appeal found that the implicit wording of section 13(2) of the Patents Act 1977 must be followed when determining inventorship. Without satisfying the requirement of ‘natural person,’ DABUS could not be the inventor and thus could not transfer any patentable right to Dr. Thaler.

In his dissenting view on the application of section 13(2), Lord Justice Birrs sympathised with Thaler’s declaration that he believed DABUS to be the inventor, as Thaler had implicitly stated the system was the inventor on the patent application form. LJ Birrs found that the section 13(2) requirements could be met where it was the applicant’s genuine belief that the named inventor should be the true inventor of the patent.

Nonetheless, his opinion was in the minority. Being confined to an interpretation of prevailing legislation, LJ Arnold stated that the Court of Appeal was bound to “apply the law of the United Kingdom…as it presently stands”, not what it thought the law should be. This statement leaves current patent law at an interesting crossroads as ignoring the ever-growing presence of AI in invention processes would be ignorant.

Where next for patent law?

The Court of Appeal’s most recent decision has already promoted discussion around legislative changes in UK patent law. In September 2021 the UK government published its ‘national AI strategy’ and promised to formally consult potential changes in UK patent law in the coming months. Crucially, any adjustments they make would have to address the growing presence of AI in potentially patentable inventions.

The type of AI used and how integral a role it plays in the overall invention process would have to be accounted for as these affect inventor title. For example, if an AI system is programmed so that, at the push of a button, it generates an invention, compliant with patent law requirements, without any further human input, should it have the right to be named ‘inventor’? Arguably it should, given it is the main component in the invention process and has ‘free’ thought when designing the invention. However, considering the AI system would not exist without the programmers who designed it, should they have a right to be named ‘inventor’ or to be designated ‘inventor’ by the AI system? Again, plausibly it could be said they have a right to.

Similarly, if an individual is using an AI system solely to aid them in making their own invention, perhaps by using it as a means to record dictation, then designation of inventor title might be easier to assign. Yet, this still poses judicial questions depending on the number of machines involved. It may be that the human pulls the strings, but if the AI does all the work, should it not be rewarded? These will be interesting questions to navigate judicially.

For now, the UK’s position on naming an AI machine as the inventor of a patent is clear. However, it seems likely that this will change in the near future. Any legislative developments will need to be well regarded by inventors and law firms alike when it comes to ownership and infringement of patent rights. 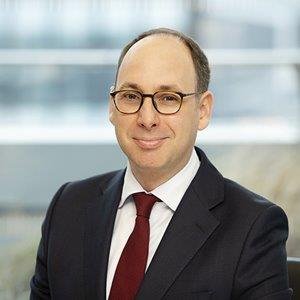