The Design and Building Practitioners Act 2020 (NSW) (the Act) was regarded as a game-changer when it was introduced because of the duty it imposed on builders, designers and suppliers to exercise reasonable care to avoid economic loss caused by defects. It was aimed at reinstating the public’s confidence in the quality of apartment buildings in NSW.

One question that has loomed large about the application of the Act has been answered (at least for now). That is, whether the statutory duty is confined to residential apartments. One of the recent judgments handed down has confirmed that it is not.

Key takeaways from the decisions

Stevenson J’s decision in Goodwin provides legal professionals, design and building practitioners, and insurers with clarification as to the extent of the scope of the statutory duty of care under Part 4 of the Act.

While there were comments made by legislators early during the life cycle of the Design and Building Practitioners Bill 2019 that the duty of care would apply to a wide range of building classes[1], there was a collective shift in understanding that the duty applied solely to class 2 and mixed-use class 2 buildings.

Stevenson J has challenged this understanding, affirming that the statutory duty of care applies to buildings other than “class 2” buildings, expanding the ambit of the definition to include any “building” as defined under the Environmental Planning and Assessment Act 1979 (NSW) (EPA Act).

A short time after commencing building works, DSD’s supervisor left, leaving the works to be overseen by Mr Daniel Roberts as a representative of DSD.

In early 2018, Goodwin formed the opinion that the Boarding House exhibited numerous defects and damage.

On 19 March 2018, Goodwin terminated the contract with DSD, commencing proceedings against DSD in August 2018 and joining the second defendant and primary supervisor of the construction, Mr Roberts, to the proceedings on 11 April 2019.

On 2 February 2021, DSD entered into liquidation, thereby leaving the claim against the second defendant, Mr Roberts, as Goodwin’s only recourse for recovery.

The duty of care, as included under section 37 of the Act, reads as follows [emphasis added]:

Section 36 of the Act provides the following relevant definitions [emphasis in original]:

construction work means any of the following—

(d) supervising, coordinating, project managing or otherwise having substantive control over the carrying out of any work referred to in paragraph (a), (b) or (c).

Section 4 of the Act provides that, 'for the purposes of this Act', 'building work' means, among other things, work involved in the construction of a building of a class or type prescribed by the applicable regulations. The Design and Building Practitioners Regulation 2021 (Regulation) prescribes Class 2 buildings only.

In order to interpret the statutory duty of care provisions referenced in Part 4 of the Act, reference is made to the definitions of “building” and “building work” as included in both the EPA Act and the Home Building Act 1989 (NSW) (HBA) respectively. Stevenson J noted that, while this cross-referencing in drafting achieves uniformity across the various statutes, it “renders construction of the section fiendishly difficult”.

The HBA defines “residential building work” as any work involved in the construction, making of alterations or additions, or the repairing, renovation, decoration or protective treatment of a “dwelling”, with “dwelling” being defined as “a building or portion of a building that is designed, constructed or adapted for use as a residence”.

Goodwin claimed that Mr Roberts caused the damage to the Boarding Houses and that he carried out “construction work” on the site for the purposes of Part 4 of the Act, acting in breach of his statutory duty of care under section 37 of the Act to avoid economic loss.

This required Goodwin to prove the following:

After engaging in the lengthy statutory interpretation process, Stevenson J found that:

Stevenson J held that Mr Roberts had engaged in “construction work” on the Boarding Houses under Part 4 of the Act, and therefore owed a duty to exercise reasonable care to avoid economic loss caused by defects arising from the construction work.

Directly following the decision in Goodwin, Stevenson J delivered a further decision in the matter of Pafburn. This decision provided additional guidance as to the interpretation of Part 4 of the Act, primarily regarding the definition of “construction work” under section 36(1) and the construction of the word “person” within section 37(1) of the Act.

The plaintiff (Owners Corporation) is the owner of a strata development in Walker Street, North Sydney (the Development). The Development was built by the first defendant (Pafburn) and was developed by the second defendant (Madarina), who was the owner of the land up until 6 December 2010, being the date of the registration of the strata plan.

The Owners Corporation alleged that both defendants acted in breach of Part 4 of the Act, alleging that Pafburn constructed the building defectively and that Madarina engaged in “construction work” for the purposes of section 37 of the Act.

This matter concerned the Owners Corporation’s notice of motion seeking leave to file an amended list statement, with both defendants seeking to strike out the motion.

The Owners Corporation claimed that Madarina was engaged in “construction work” in having “substantive control over the carrying out of” the relevant building work, thereby meaning that Madarina fell within the scope of the section 37 duty of care. This required Stevenson J to make determinations on the following:

In response to the second issue, Madarina submitted that the proper construction of section 37(1) found that a “person” who carries out construction work does not include a person who was the owner of the land as at the time of the construction work, as if it did, then Madarina would owe the duty to itself.

Both of Stevenson J’s decisions in Goodwin and Pafburn have provided clarity on the interpretation of Part 4 of the Act.

Stevenson J has clarified the scope of the terms “building work” and “construction work” under Part 4 of the Act, granting them a wider ambit of application than was previously assumed. This expansion of the retroactive duty of care owed by persons under Part 4 of the Act, in tandem with the statutory insurance requirements under both the Act and the Regulation may require insurers of design and building practitioners to reconsider their pre-existing policies, as the scope for coverage may be greater than initially thought, with this increased scope not necessarily having been priced into the policy.

The decision also solidifies a further avenue of recovery for owners or subsequent owners of properties when one or more parties involved in the construction work are insolvent, as they can directly recover damages from any person involved in supervising, coordinating, project managing or otherwise having substantive control over the carrying out of any construction work on the property.

Furthermore, Stevenson J has further clarified the application of subsection (d) in the definition of “construction work” under the Act. Stevenson J held that the words “otherwise having substantial control”, in reference to a person who has substantial control, do not require that  this person actually exercises the control, rather simply that the person has the ability and the power to control how the work was carried out, with Stevenson J providing the example that if “a developer owned all the shares in a builder, and had common directors, [that] might lead to an inference of such an ability to control”.

Stevenson J’s clarification of the types of buildings subject to the duty of care, in addition to the expansion of the types of persons who may owe this duty, have greatly increased the pool of potential parties that claimants can seek recovery against. Prospective claimants will now be aware of the additional types of buildings that the statutory duty of care covers, while also being able to seek recovery against parties who were in a position where they were able to control how the construction work was carried out.

While there may be a latency period in these claims getting past the pleading stage, as has been exhibited by the deficiencies in the plaintiffs’ claims in the Pafburn and Loulach[2] matters, construction professionals and insurers should be wary of the impact that the Goodwin and Pafburn decisions will have.

[1] Namely during David Shoebridge’s statement during the 2 June 2020 parliamentary debate regarding the Act. 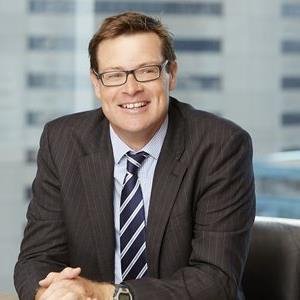 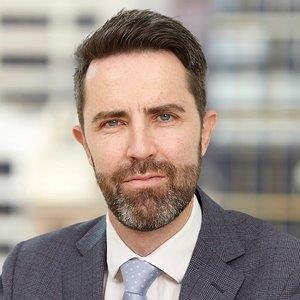