It is well known that a settlement involving a protected party is not binding until the settlement has been approved by the Court under CPR Part 21. Defendants will remember cases thought to be settled which had to be renegotiated due to some development prior to approval, notably a change in the discount rate (though in recent history that has been something applicable both ways).

Wormald was a case which involved a novel context for this rule and perhaps an unusual outcome. It explored the interplay between CPR Pt 36 and CPR Pt 21 where, after acceptance of a defendant’s Part 36 offer on behalf of a protected party, the defendant withdraws that offer prior to approval. The judgment records the judge’s and the parties’ view that this was a novel point for which there was no specific provision in the rules.

The claimant lacked capacity following an accident in 2019 for which he was 40% responsible.  The defendant had made a part 36 offer of £2 million in October 2014. The part 36 offer was never withdrawn and remained unaccepted for nearly six years

The following dates set out in the judgment are important:

The litigation friend sought a declaration the offer had been validly accepted and for the settlement to be approved. The defendant sought permission for withdrawal of the offer and said that was because  the value of the case had changed significantly as a consequence of the death

The crux of the case was whether the yet to be approved settlement could be resiled from by either party, or the specific reference in part 36 that an offer could not be withdrawn once accepted altered that position.

The following points emerge from the judgment:

2. It followed that the offer and its acceptance could not be binding prior to approval.

3. As a consequence, a party could withdraw a part 36 offer even if accepted, prior to approval.

Those points followed what might be understood to be the usual position with regard to settlements pending approval. However, the judge went on:

4. The withdrawal gave notice that the settlement was challenged.

5. That notice would not otherwise be valid for the purposes of withdrawing the offer.

6. It remained open to either party to apply for approval of the settlement and the party seeking to withdraw the      offer could makes it cases at the approval hearing.

7. It would then be for the Court to decide whether to approve the settlement or allow the offer to be withdrawn.

What this means to you

Although it has been well understood that a settlement with a protected party is not binding until approved, this case deals with the situation where there is acceptance of a part 36 offer which the offeror wishes to withdraw prior to approval.

Of course the reason the defendant wished to withdraw the offer was the protected party’s death which, the defendant argued, would make the damages value far below the offer of £2m which had been in place for so many years and never withdrawn.

This case now introduces some uncertainty in the situation where the rule that a part 36 offer cannot be withdrawn once accepted, is considered in the context of a protected party and it that it will be a matter for the court’s discretion as to whether the offer can be withdrawn or the acceptance will be approved as the settlement. On the other hand it also introduces uncertainty into the possibility of withdrawing an offer in the period between acceptance and approval.

This uncertainty will remain unless there is an appeal for the rules to be amended to deal with the interplay in this context between Part 36 and Part 21 more clearly.

It is interesting to note that the defendant in Wormald had argued that the rather old offer “could only have been regarded as a legacy offer which neither party treated as reflective of the value of the claim.” The Judge’s response was that any argument that the offer “did not count” was untenable. It was a valid offer “on the table” and neither the court nor the claimant had to “second guess” whether it was still intended to apply. Keeping tabs on existing offers, made and not withdrawn, is always essential and that is now heightened in cases involving protected parties. 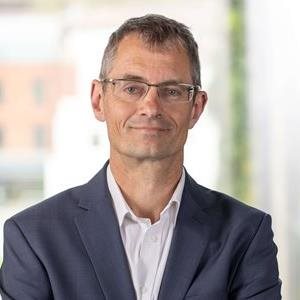