For cross-border projects and business relationships around the globe, arbitration is used to resolve disputes once and for “all”. The finality is often given, but is the dispute also resolved for “all”? In this Clyde & Co Insight, Georg Scherpf (Counsel), Antonios Politis (Associate) and Benedikt Kaneko (Research Assistant) look at ways and initiatives to adapt the concept of third party notices to arbitration.

Especially in complex projects involving multiple parties and several layers of contractual relationships, it often comes to lengthy and expensive recourse proceedings e.g. against subcontractors, where almost identical facts are argued all over again. Apart from the unnecessary and avoidable costs of arguing the facts more than once, there is also a significant risk for the involved parties: Despite the common use of warranties and indemnification clauses in back-to-back contracts with subcontractors (e.g. based on the FIDIC Yellow Book Subcontract), the possibility of contradictory rulings on the same subject matter could lead to the loss of recourse claims against subcontractors in the vertical contractual chain.

Third party notices are a popular tool whenever multiparty contracts are being litigated before German state courts. This procedural instrument – in German “Streitverkündung” – based on Section 72 et seqq. German Code of Civil Procedure (Zivilprozessordnung) may be used by either of the parties already involved in a litigation. Usually, the starting point is a party which anticipates an unfavorable outcome in pending proceedings and hopes to bring a recourse claim (e.g. a claim for warranty or indemnification) against a third party (e.g. a subcontractor or supplier).

In short, the already involved party can submit a third party notice to the court, asking for it to be served on a specific third party. The recipient of the third party notice can then decide whether it wants to join the ongoing proceedings as a so-called “intervener” in support of one of the main parties (“Nebenintervenient” or “Streithelfer”) or not.

Can it be transposed to arbitration?

Through the binding effect for recourse proceedings, the instrument of third party notices contributes to the efficient dispute resolution between multiple parties and across multiple contractual relationships in German state courts. It provides an interesting mechanism that can also be made use of in arbitration by including respective provisions in the arbitration clause. Already today, it is increasingly found in complex projects relating to infrastructure and energy investments requiring all potential recipients of third-party notices to sign the same arbitration agreement and agree to a mechanism of third party notices.

However, institutional arbitration rules are currently not designed to accommodate this involvement of non-parties with specific procedural rights as none of the major arbitral institutions have provided for third party notices in their arbitration rules and model arbitration clauses. Rather, third parties are generally understood to participate either as regular parties by way of joinder or consolidation, or as non-parties for example by way of only having the possibility to weigh in by submitting amici curiae briefs without any actual procedural rights. Due to this lack of specific rules on participation by non-party interveners, the risk of a conflict between the institutional rules and the third party notice-mechanism included in the arbitration clause is high. Most arbitrators will try to adapt the rules applicable to the regular joinder to interveners or will have to make ad hoc decisions on the procedural rights of interveners.

To mitigate such issues without the necessity of drafting bespoke arbitration agreements, there are some initiatives to develop easily usable rules in this regard:

Notwithstanding various unresolved issues, which will certainly continue to be a source of discussion, these and similar sets of rules could, once included in institutional rules, lead the way towards a more efficient resolution of multi-party contract disputes.

Until then, it is necessary to negotiate bespoke arbitration agreements which cover not only bilateral situations but the participation of third parties in ongoing proceedings and also the binding effect of the first tribunal’s findings for any recourse proceedings. When considering opting for such an agreement, there are some key issues parties should consider:

Overall, the rights and obligations that exist for all parties and non-parties to an arbitral proceeding should be carefully considered. Where needed, the multilevel arbitration agreement should amend existing arbitration rules explicitly in order to give clear guidance to arbitrators which provisions to follow.

Including a multilevel arbitration agreement for a complex project or business relationship provides for a unique opportunity to solve complex disputes between multiple parties and multiple contracts in an efficient and consistent manner. Our German energy and arbitration team regularly advises on the drafting and negotiating such complex arbitration agreements providing for third-party notices and other mechanisms for an efficient dispute resolution. The author Scherpf is also a member of the DIS working group on third party notices. 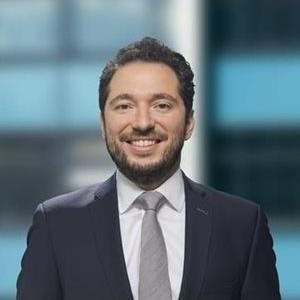